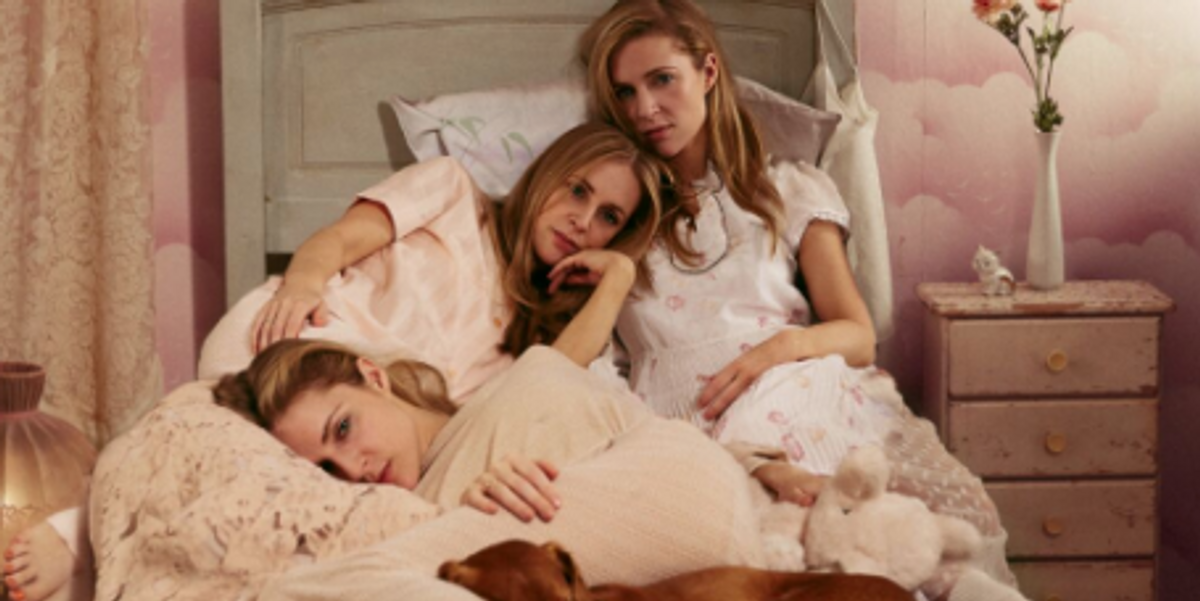 Agnes Obel On Genius, Her Mom's Instagram and Why We're all Made of Glass

When was the last time music made you feel something? Like, really feel something? In a goosebumps-on-your-Monday morning-commute, kind of way? Not many vocalists, or musicians, or producers have that power, but Agnes Obel, who is all three, is another story. Her YouTube comments read like a straight-A student's report card, each fan relaying the supremacy of their Agnes Obel experience.

The Danish artist's music is almost medieval in its grandeur. Some might call it indie-folk or alt-electronic but in reality it's genre-less. Obel, who, in the age of oversharing, enjoys being just enigmatic. In fact her latest album Citizens of Glass addresses the perils of transparency – inspired by an article she read about surveillance in a German newspaper.

We talked to the triple-threat about social media celebrity, creating her sound solo and why she's sick of her boyfriend being approached before her at the music store.

I'm so intrigued by the origin story for Citizens of Glass, the concept that we voluntarily share so much of ourselves online, that we're all transparent. Although you've said in the past that you're uncomfortable with sharing, how do you navigate that as a public figure?
The title spoke to me immediately because I totally relate to the feeling of being exposed and made of glass. The whole sharing of music and the social media thing, it's been really great but I still feel really funny about it. It's showing the world a side I before didn't show anyone.

I feel like we have this culture where the idea is to share. Not only do we have so much less privacy the way we communicate, but in the way we understand the world, we expect everyone to be open and made of glass. Revealing more and more is definitely a thing in the art world, but I follow my mom on Instagram and I can see what she's eating. Everyone now has an audience, my mom has audience! I just don't believe that social media can accurately represent the human.

You don't feel pressure to be constantly creating content for your online following?
I've been thinking about it and I don't think social media is that important for me in maintaining what I do. I honestly started really using it when I was making this album to really see how it felt, I pushed myself to do it. I don't want it to be a big deal for me.

It is bizarre that we can be valued in the real world by the number next to our name on our profile.
Absolutely, but then there are musicians I really love that are completely absent from social media and still doing okay. We definitely have the tendency to overestimate the effect of it, but what I find interesting is the mental impact. We're seeing ourselves from the distance and not being in the moment.

Totally and the dopamine release. The fact it becomes addictive because the "happy" chemical kicks in in your brain when you have a new like or follower.
I didn't even know that! That's so crazy.

What's something about your experience in the music industry that feels specifically female? Is there anything that particularly frustrates you?
I've made three albums on my own, instruments, vocals, production, everything. Though I was never asked in interviews about production. Friends of mine, male musician friends, they don't produce or mix themselves but they get asked about that whole process? It's like they think if you're female you are a performer or a singer, you can't do the technical things. I was surprised by it because even my friends didn't know I did it. There's a long history of the woman being the expresser while the man is the creator.

You're so right, like women can be pretty and visible but it's men who are pulling the strings.
I think it's our perception of art in the Western World. The idea of the 'genius', way back to Renaissance times, was always a man. It's weird to have a gender link to the idea of the creator. I get asked so many times, oh my god, "who wrote your song", "who produced it".

No!
Oh yeah. I think it might finally be changing, but we're living in a time still when I go into a music store they only talk to my boyfriend.

Every time?
Always! If I go with my boyfriend it's impossible for them to grasp that I'm the one who's going to work with whatever I'm buying. Also though with media, they want you to be a certain way because it fits their preconceived notion of who you are. That's something that's been bothering me when I release albums.

Right, they can't see outside of this box they've already put you in.
Yeah, exactly.

Is that something you feel like you need to comment on publicly?
It's something that I do genuinely believe is changing, but I also I feel like you can be political by being yourself. By being you and unashamedly you, it sends a message.