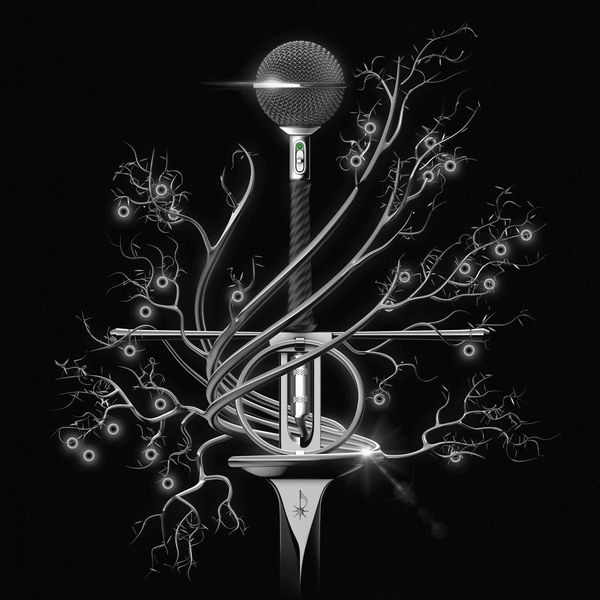 Long before he was Charli XCX's right hand man, A. G. Cook was probing the outer limits of what could be considered pop as the head of British net-label, PC Music. Alongside artists like Danny L Harle, Hannah Diamond, GFOTY, and EASYFUN, Cook and Co. took experimental electronic music to a glossier place. They hid behind a hollow artifice of pop, in what confounded critics rationalized as a sort of meta-satire, but in actuality was more like an earnest love letter to the genre than anything.

Fast forward to 2019 where Cook is now a firmly enmeshed part of the contemporary pop landscape, currently executive producing Charli XCX's new highly anticipated forthcoming album, Charli. Now Cook has returned his to PC Music home for his first single as an artist since 2017's "Superstar," enlisting the help of Caroline Polachek for his latest power ballad, "Lifeline."

A. G. Cook on Instagram: “You are my Lifeline 🖤 Driving thru Death Valley right now, excited to start sharing more A. G. Cook music 🧫 Still enjoying the thin line…”

This new single sees Cook return to his affinity for "extreme vocals," adding thick layers of distortion and autotune, with a spartan instrumental full of metallic percussion and expansive hits of bass. "Lifeline" is minimalistic in its approach, but seldom feels cold; Cook's introverted vocals come off as tender with Polachek's ambient "whoops" rolling in like disembodied bird calls at the crack of dawn.

"The melody at the core of 'Lifeline' is this repetitive, insistent and slightly selfish earworm that I've been living with for too long now," Cook explains in a statement. "In the end, the easiest way to deal with it was to leave it in a warm petri dish and let it do its own thing. A few years later I found myself with this young, unstable song, and somehow nurtured it to become a power ballad. The track has a life of its own, but like most children and laboratory experiments, the apple doesn't fall far from the tree."