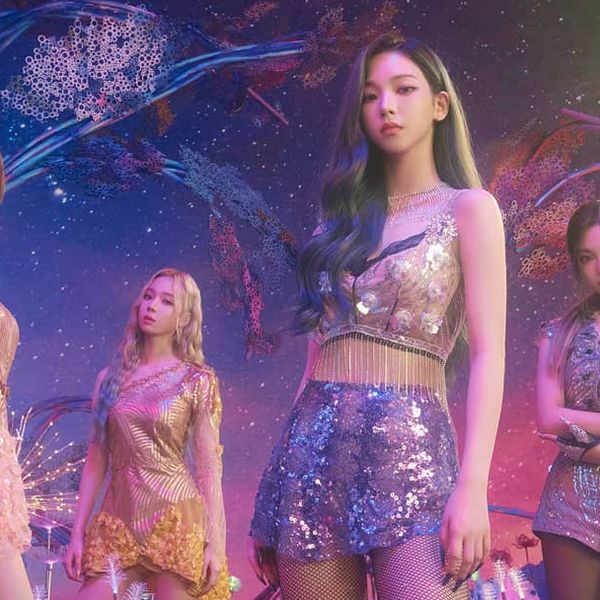 K-pop is moving into the future with SM Entertainment's new girl group, æspa. The group is made up of quartet Karina, Giselle, Winter and NingNing, but will also include four more members: their virtual counterparts.

The girl group's name is actually a combination of the words "avatar," "experience" and "aspect." So the futuristic part of the group is at the core of its formation. Per the South China Morning Post, SM Entertainment's founder Lee Soo-man said at the World Cultural Industry Forum in Seoul that they're ushering in "the beginning of the future of entertainment."

"The group is what I've dreamed of, as it projects a future world centered on celebrities and avatars, transcending boundaries between the real and virtual worlds," Lee added. "A whole new group with an original and inventive concept will be born."

Related | Say Welcome Back to SEVENTEEN

The first virtual member to make her debut is æ-Karina, who was introduced through an IGTV video with the real life Karina, where they talk about the story of how they met, learned more about each other and their training together as K-pop idols. And while the avatars are considered the members' other selves, IRL Karina says in the video that she feels more like a friend or little sister.

And æspa is just the beginning. Lee said that the new group is the launch of an entire SM Culture Universe (SMCU), which would feature both real-world members and digital avatars. The avatars won't be confined in the virtual space, either, and we should expect some sort of hybrid virtual and real-life interactive experiences.

The members of æspa are debuting in November, and will be SM's first new all-girl group to launch since Red Velvet debuted in 2014.