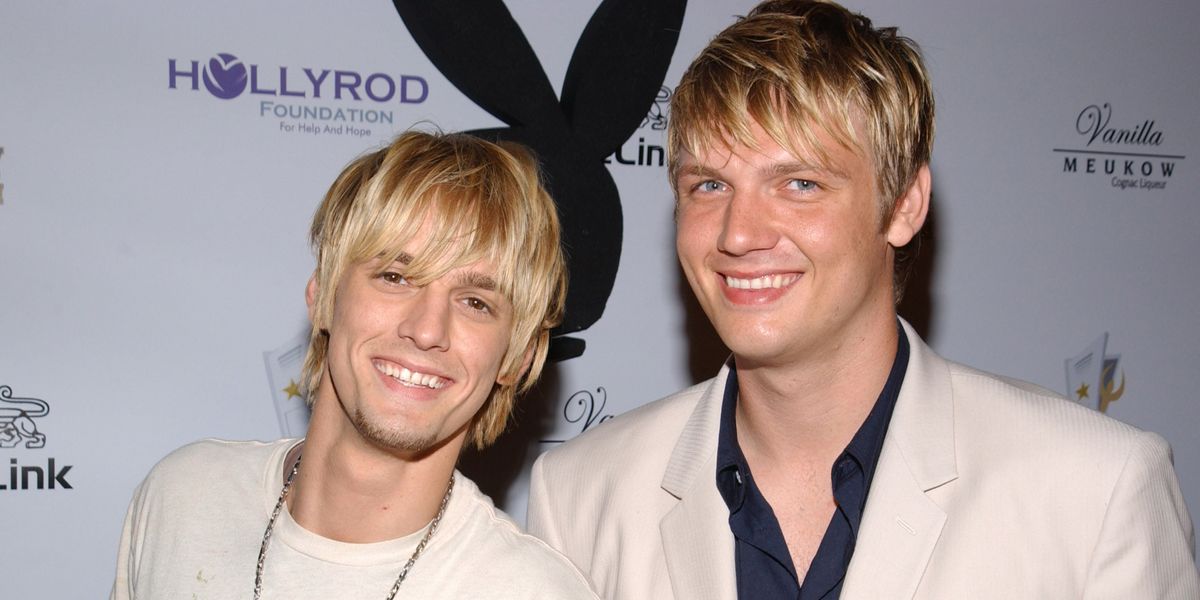 Backstreet Boy Nick Carter has been granted a restraining order against ex-heartthrob and solo star Aaron Carter, reports BBC. Nick — the elder Carter, now 39, alleges that his little brother, 31, has threatened him and his wife Lauren Kitt, who's pregnant.

Yikes! What? If like me, the last time you thought about the Carters was when Aaron visited your college town to play a dive bar gig and make out with sorority girls, the fact the brothers are on this bad of terms is news.

According to TMZ, the restraining order requires that Aaron stay at least 100 feet away from Nick and "other family members, specifically their residence in Las Vegas." In turn, Aaron's denied his brother's claims that he threatened Nick and in turn, accused Nick of bullying and abusing him as a child, as well as doubling down on his belief that Nick is guilty of rape.

Aaron recently shared on episode of The Doctors, that he struggles with several mental health issues, including multiple personality disorder, schizophrenia, acute anxiety and manic depression, and that he'd be cancelling his upcoming tour to seek treatment. However, after the episode aired, the singer claimed that the episode had been edited to misconstrue his words (which the show denied), and that he would be ahead with his tour.

Aaron shared in on TMZ Live later that week, that his family had attempted place him on a psychiatric hold amid concerns over his mental health and growing gun collection. He maintained that he's not a danger to himself or others.

Related | Aaron Carter Opens Up About His Sexuality on Twitter

The altercation also follows the news that Nick would not be charged over a 2003 rape allegation that emerged in 2017. Prosecutors declined the case because the statute of limitations had expired on his accuser, Melissa Schulman's claim that Nick, then 22, raped her when she was an 18-year-old member of the girl group Dream.

After Nick's post, Aaron departed on a Twitter rampage, alleging that his brother and others are attempting a "#CoverUp," repeating Schulman's allegation as well as others, using the hashtag #MeToo, and tagging figures like Rose McGowan and Paris Hilton. Read through if you dare.

Hey tony bass you stole nicks jewelry he doesn’t talk to you for a decade then @melidsaschuman says your the guy in… https://t.co/I1XQvbUzZb
— Aaron Carter (@Aaron Carter)1568772776.0

I’m standing by all these victims. Please. @Aphrodite_Jones the victims all want to talk now Maybe do a r Kelly type documentary
— Aaron Carter (@Aaron Carter)1568784435.0

Tanya did you send prayers to your cousin when you and she told Key west police my brother raped you both https://t.co/LksfBQ1RtX
— Aaron Carter (@Aaron Carter)1568785548.0

It's all just... a lot. What the situation seems to demand first is for both brothers to log the hell off Twitter. Then, maybe legal reform in California around the statute of limitations, and a lifetime of therapy for everyone involved.