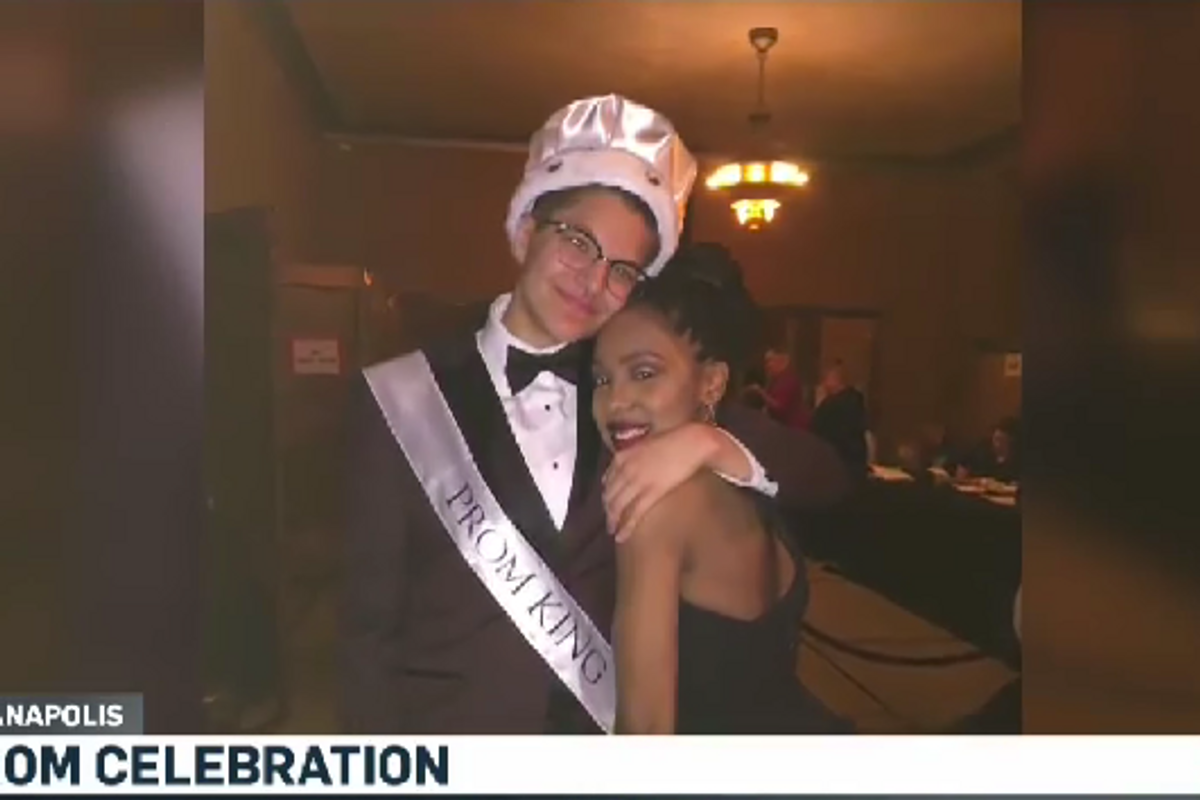 What a joyous day. Alan Belmont, a 17 year-old at North Central High School, was voted prom king by his peers and boy, if that isn't good news what is.

Belmont, who came out as transgender in his junior year, celebrated with his girlfriend Anastacia Cohen following his anointment. He told WTHR that even though his campaign was not without backlash (a fellow student apparently crossed out "king" on his poster to write "queen") he was driven to make history at his now alma mater as the first trans student to ever be crowned.

"I brush it off," Belmont said, "because I know my cause is greater than their ignorance, and I don't want that to be the focus of my identity."

"They announced my name, and the crowd cheered so loud and it warmed my heart so much," Belmont told WTHR. "The whole night was full of people cheering me on so seeing that they voted for something so big was incredible."

Belmont also said he had felt a "surge of confidence" in 2017 and that this year is the "most proud" he's ever felt. Bless his soul.

Watch the whole segment below: