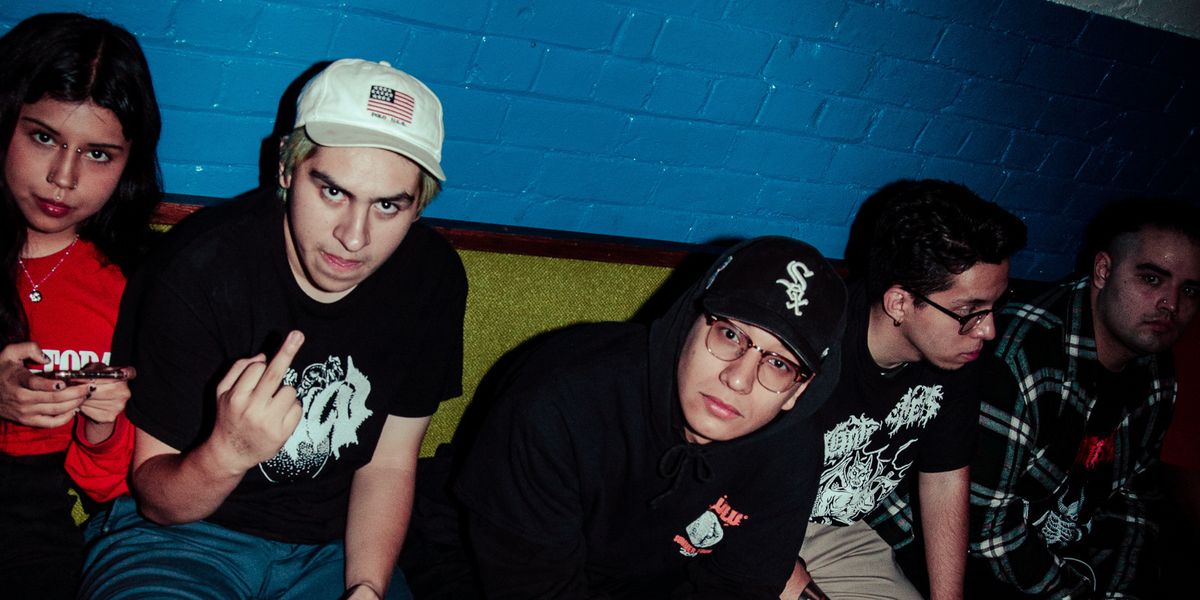 Three Days of Peace and Partying in Tucson, Arizona

Portland and Austin aim for weirdness, but in Arizona the slogan goes: Keep Tucson Shitty. You'll see it on postcards and bumper stickers and graffiti, a grassroots citizens' plea against gentrification. They're not kidding around, either — when I paused to take a photo of a colorfully painted Goodwill on fourth avenue, a local drove past and yelled out angrily that there "ain't nothing to photograph in this shithole." Immediately outed as a gross tourist from New York, I respectfully put the camera away.

The Keep Tucson Shitty mantra was omnipresent during this year's iteration of HOCO fest, the annual three-day music festival run out of the historic Hotel Congress, an idiosyncratic 100-year-old establishment that comes complete with its own Atlas Obscura entry. Tucson isn't a shitty place to spend time by any means, and neither's the festival — it's more that both share a palpable sense of community identity and social consciousness, with a hint of anti-capitalism. Spread out across town at theaters, bars, and record stores, events catered to every age group and taste, from 3AM-til-sunrise raves to a lovely, in-bed-before-midnight acoustic session from local icon Billy Sedlmayr and his opening act Melaena Cadiz.

Related | Marfa Myths: Can Unique Festivals Survive in the Age of Instagram?

Spending the last weekend of summer in the desert comes recommended. It's so hot that fall suddenly seems completely impossible, and if you play your cards right, you might randomly end up in a park in the dark watching a man in a lizard costume play a series of melodic lo-fi songs about loneliness, ending on a Big Star cover. At the record store Wooden Tooth, teens formed mosh pits around Arizonan punk band Foxx Bodies, as lead singer Bella Vanek screamed that she wanted to talk about childhood trauma.

Later on, those of us with Manic Panic sensibilities trekked across town to dive bar 191 Toole for an instantly legendary double bill: Dana Dentata and Wicca Phase Springs Eternal, bringing the bondage masks and Myspace feelings. Late night (then early morning) partying was led by the likes of Ms Nina and LSDXOXO, mariachi band Luz De Luna filled in when rain delayed the schedule, and LA's Emo Nite transplanted at the Rialto for a few hours of much-needed throwbacks. A cute queer-friendly pool party provided relief from the heat. Bill Callahan, formerly of Smog, gave a sublime rendition of his latest solo album backed by a full band. Bliss.

Oh, and the tacos in Tucson are out of control. You could honestly go there just for the food, as long as you obey the bumper stickers and stick to the slightly divey places. (Wouldn't hurt to hit up brunch n' laptop hotspot Exo, though, for a delicious and hangover-curing bougie cold brew.)

More photos of the fest, below.