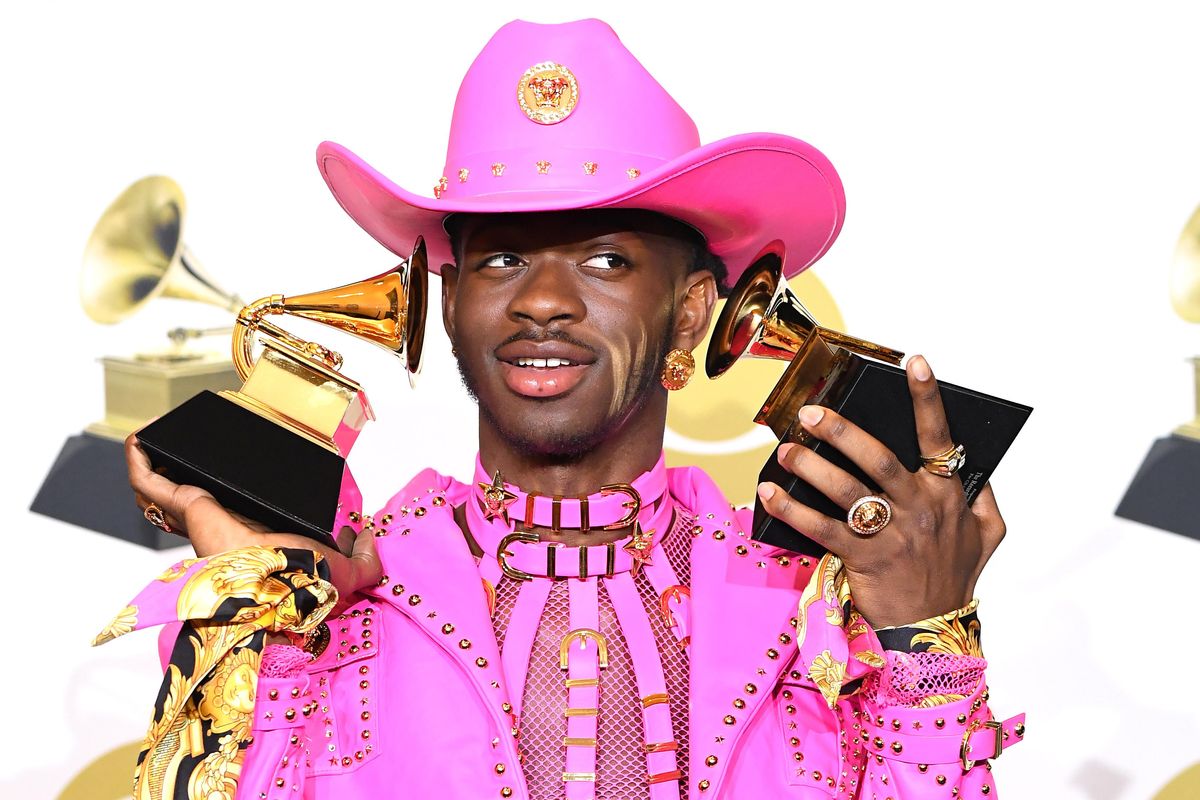 Despite Everything, 2020 Still Served Some Looks

It was a year that felt like a mixture of RuPaul's makeup on Project Runway and Meredith Morton spilling the strata in The Family Stone on loop, but 2020 still managed to serve some looks in spite of it all. Red carpets and glamour at general were rare due to global imperilment, and yet style prevailed. As the great Diana Vreeland once said: "You gotta have style. It helps you get down the stairs. It helps you get up in the morning. It's a way of life. Without it, you're nobody."

Back in March, we explored the arbitrary but important question of whether or not to dress up from home amidst peak uncertainty about what lay ahead. "I love getting dressed and the whole ritual," Marc Jacobs told me at the time. "I like to take selfies and record and post the looks. I enjoy hearing the feedback. And of course, I'm an attention whore so it all works out for me — and anyone looking at my IG page." But as the weeks and months carried on, so did some of the usual occasions that demand pomp amidst circumstance. Several award shows including the BET Awards and the Emmys proceeded virtually while others like the VMAs and American Music Awards attempted to proceed with business as usual. And then there were outdoor, socially distant red carpets from festivals and movie premieres like the Venice International Film Festival and Hulu's Happiest Season.

Let's look back at some of 2020's best red carpet, film festival and premiere looks — some of which found their way onto the red carpet, some worn from home, and others shown off on IG as "what could have beens." In a year we hope to forget, there were a few moments worth pausing on.

A power suit, indeed. This look from LOEWE's Spring Summer 2021 precollection lands exquisitely on Congresswoman AOC, who managed to look both commanding and ultra-refined. It's an unusual silhouette, and few others could pull it off (I'm looking directly at you Congresswoman-elect Lauren Boebert, who had the audacity to try and come for the fashions in this shoot), but AOC, as is her usual MO, shoots and scores.

Zendaya in Armani Privé at the Emmys

Bringing it to you every ball is the Zendaya staple at this point, so the elegance is far from unexpected. But to pull it off from home — with overhead lighting, no less — that's something few can pull off with as much zazz as this Emmy Award-winner. Armani Prive, no stranger to Zendaya, is always a safe choice, but this sparkling halter-neck bralette affixed to a full-bodied polka dot skirt deserves its own museum exhibition.

Lady Gaga in Christopher John Rogers at the VMAs

Sumptuous and sublime, of all the great Christopher John Rogers moments of 2020 — and there were many — this one stays top of mind. The color (Baja Blast, as CJR refers to it), the silk taffeta ball skirt and cropped kimono blouse come together to form one of the most eye-pleasing displays. If this is the fashions of Chromatica, Earth is forever doomed.

What is there to even say? She is the galaxy of which I want to spend the rest of my days revolving around, so perfectly straddling that line of campy and couture. On just about anyone besides Ms. Hall, this look would eat them up, but on Jaida, it's us who are being fed.

It's the fit for me. A classic look on one of Hollywood's best and brightest, MJ x SB is a collaboration good for the soul.

Jeremy O. Harris in Thom Browne and Gucci at the Venice Film Festival

The King of Broadway fast becoming the King of Fashion? You love to see it. O. Harris (not O'Harris!) uses every occasion to chew the scenery in the best way possible. A Thom Browne skirt with a dolphin-print blazer and the coveted Gucci Horsebit Orgasmique Leather Tote Bag? Move, I'm salivating.

Emma Corrin in LOEWE on IG

When Corrin's stylist Harry Lambert decided to do an IG carousel of what would have been Corrin's The Crown red carpet looks I wept. Wept for what could have been, but mostly wept for the beauty: Nensi Dojaka, 16ARLINGTON, Rejina Pyo, Christopher Kane and this, my favorite, courtesy of LOEWE. A true stunner.

The designer of the moment with the talk show host that is the moment? This pairing, courtesy fo stylist Willie Sinclair III, understood the assignment.

Angelica Ross in House of CB for Interview

Pamela Anderson in Barb Wire is shaking. Giving Angelica Ross the pop she deserves, this latex bodysuit is both scintillating and pristine. From the hair to the beat to the body language, everything about this shoot deserves to EGOT.

I know, I know. Harry Styles on a best dressed? Groundbreaking. But this look really is the stand-out look from the much-talked about Vogue shoot. Rather than play up the androgyny he so often gravitates towards, this juxtaposed the masculine and the feminine together as one à la Mark Bryan.

Orlanda Bloom in Adidas, In & Out Burger and Neil Barrett

Quite literally statuesque, it's moments like this, so bodied, that I truly am reminded of how much we don't deserve the greatness that is Naomi Campbell. Everything about this look commands attention. Well, Ms. Campbell, you've got it.

Dakota Johnson in Cong Tri for The Jimmy Kimmel Show

What is there to say? Dakota Johnson wore a puffy pink dress in her backyard and hit it behind giant shrubs? Queen-like behavior, that's the truth.

Oh how she glows! Hard to choose just one look from this editorial, styled by Gabriella Karefa-Johnson, which includes looks from Kelsey Randall, Balenciaga, and fav Simone Rocha. Every shot is perfection; a master class in supermodeling. This is leveling up. *This* is what we came for.

Sexy man in colorful, well-tailored suit? The alchemy isn't complex and yet so rarely achieved.

Jane Fonda in Michael Kors and Saint Laurent for Interview

Step on me, Jane Fonda.

Paul Mescal in Adidas and O’Neills on the street

You know that Rihanna song "Hypnotized" where the lyrics go "Something 'bout the way that you workin' me / Teasin' me, pleasing me, easily, boy, I'm addicted to you." Yeah.

Zaya Wade in custom Rich Fresh at the Truth Awards

How dare she be this funny and talented and stunning? O'Hara really made the red carpet her bitch in closing out her run as Moira Rose on Schitt's Creek? Now, we just need her in a fashion campaign. Valentino perhaps?

Lil Nas x in Versace at the Grammys

When it's right, it's right, and this just felt right. The bubblegum pink was immediately a standout, but the cropped studded jacket over the mesh shirt with a double-collared harness really took this from "werq, bitch" to "gay rights!"

Bad Bunny in nothing for Gabriela Berlingeri, his girlfriend

I mean… look at the material!