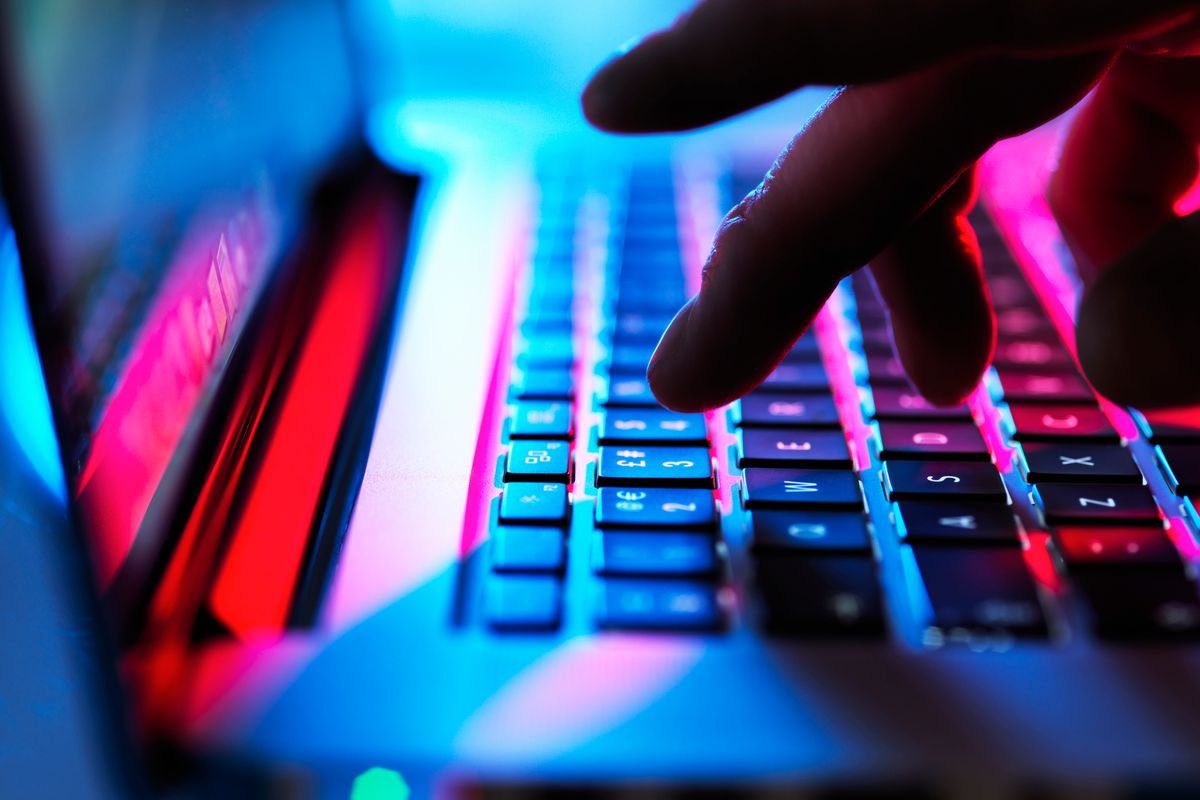 How Zoombombers Are Targeting QTPOC Chats

With the entire nation in self-isolation, Zoom has emerged as the video conferencing tool of choice for everything from meetings to hang-outs with friends. However, as more and more organizations, schools and businesses have begun to rely on the app, a new form of online harassment has emerged. Known as "Zoombombing," the trend sees trolls exploiting the platform's basic settings by hijacking video calls to transmit hate speech, pornographic images and even doxx participants — an occurrence that's become so widespread that NYC schools have officially banned the use of Zoom and even the FBI has gotten involved.

However, what's been talked about less is the way Zoombombers have also been targeting a wide swath of QTBIPOC-centric events — something that writer and performance artist Alok Vaid-Menon recently experienced during their keynote performance for an Asian-American Heritage Month event for the University of Illinois at Chicago students.

According to Alok, they were interrupted by "a chorus of voices shouting anti-Black slurs and threats, gleefully while laughing," soon followed by a slur-filled takeover of the chat function in the middle of a poem recitation.

"We were all so taken aback and shocked," they said. "I just remained silent as the organizers hustled to identify the culprits and remove them from the session. After, we were all visibly shaken and I curtailed the performance so that we could process together. We all agreed that this felt so undignified, particularly in an event where this was supposed to be a safe space for students of color."

And while Alok said that they believe the importance of being able to convene in digital spaces is more important than ever at this moment, the incident has definitely made them rethink participating in future Zoom events.

"These Zoombombings are becoming quite frequent and are traumatizing so many," Alok continued, imploring Zoom to prioritize the safety of its users in this time. They added that in the wake of these incidents, Zoom should double-down on committing to making their platform safer and more robust for people of all backgrounds.

"So often the onus on dealing with online abuse is put on the people enduring it, not the platforms to actually circumvent it before it happens, and that needs to change," they said, before noting that "many folks are using this [pandemic] as an opportunity to express and entrench their prejudice and discrimination."

Similarly, Club Quarantine — the popular queer Zoom party founded by Mingus New, Brad Allen, Andrés Sierra and Casey MQ — has been forced to deal with Zoombombing at more than a few of their nightly events. From bad actors hijacking the audio to bots overwhelming the system with hundreds of fake accounts to spammers flooding the comments section with offensive language and slurs, the Club Q team has continually grappled with the difficult task of trying to circumvent trolls on-the-fly, oftentimes with little more than the tools already available on the platform.

Keeping Club Q a safe space — especially as a highly visible queer party — has also proven to be somewhat of a challenge. After all, as Andrés explained, the weaponization of anti-LGBTQ+ comments often makes things "feel very targeted," and has made them question whether the same level of vitriol is being experienced within hetero online spaces. "[The Zoombombers] knew where they were coming," Andrés said. "They knew the space that it was, so it was very tailored to our people."

In response, the Club Q team has adapted by implementing policies like individually approving every user and ensuring that only hosts have the ability to stream audio, though as Mingus put it, "It's kind of been a matter of a troll throwing a punch and us figuring out how to dodge it." Thankfully, this has meant that Club Q has been able to keep the Zoombombing to a minimum so far. And while Brad admitted that hackers can still get around a few of these features, at the same time, he argued that it's the responsibility of anyone throwing a Zoom party to do their research about the built-in safeguards that can help curtail some of the most vicious attacks. "You can't just be like, 'After party, 150 people come and dance.' If you're hosting it, it's your responsibility to take care of this as a safe space."

Club Q team has tried to give other organizers tips on how to protect their own partygoers. After all, without taking advantage of certain features, Zoombombing has the potential to become a dangerous and deeply traumatizing experience for everyone involved, as exemplified by a particularly egregious attack that recently occurred at an unaffiliated after party. According to the Club Q organizers-in-attendance, a troll took advantage of the open screen-sharing function to hijack the stream and managed to broadcast swatiskas, beastility and child pornography before the entire party was able to be shut down.

For their part though, Zoom has been trying to help mitigate some of these issues by instating new default protocols, redirecting their focus toward patching security flaws and publishing an advisory guide for meeting hosts. And though it's been difficult for Club Q to get in touch with the company's support team, a Zoom spokesperson told PAPER that they're still encouraging users to report any troubling incidents via their help center. "We are deeply upset to hear about the incidents involving this type of attack and we strongly condemn such behavior," the spokesperson said. "We are listening to our community of users to help us evolve our approach."

That said, despite the platform's shortcomings, as Andrés pointed out, "People need to understand that we're just users of this third-party app, the way that everyone else is. We use Zoom because it's the best thing that exists right now," they said, explaining that adding features as simple as blocking certain words or pinning comments would make a world of difference for them. "The dream would be to create our own platform that is built for the club and not a conferencing app — being able to get features that are going to help us create a better party with sound and microphones and all that kind of stuff would really [help us] flourish."

And though they hope the solutions to these issues come sooner rather than later, according to Casey, one bright spot amid the Zoombombing has been seeing the "resilience in people" when that harassment happens. "The community jumps in real hard to really shut it down, while also quickly removing them if anything like that happened," he said. "Everyone there is also making sure that they want to have a great time as well." After all, as Casey put it, the spirit of the party itself means that the trolls ultimately end up being just "a blip in the reality" of what's going on.

"This is something that is so special for everyone to feel a part of, it's [a way to] just have a good time amidst this sort of chaos outside," Casey said — a sentiment all of the Club Q organizers whole-heartedly agreed with.

"I don't think they kill the vibe for the whole night," Mingus said. "If anything, once you overcome it, people feel even more happy to be there and you feel like you've championed these shitty people."