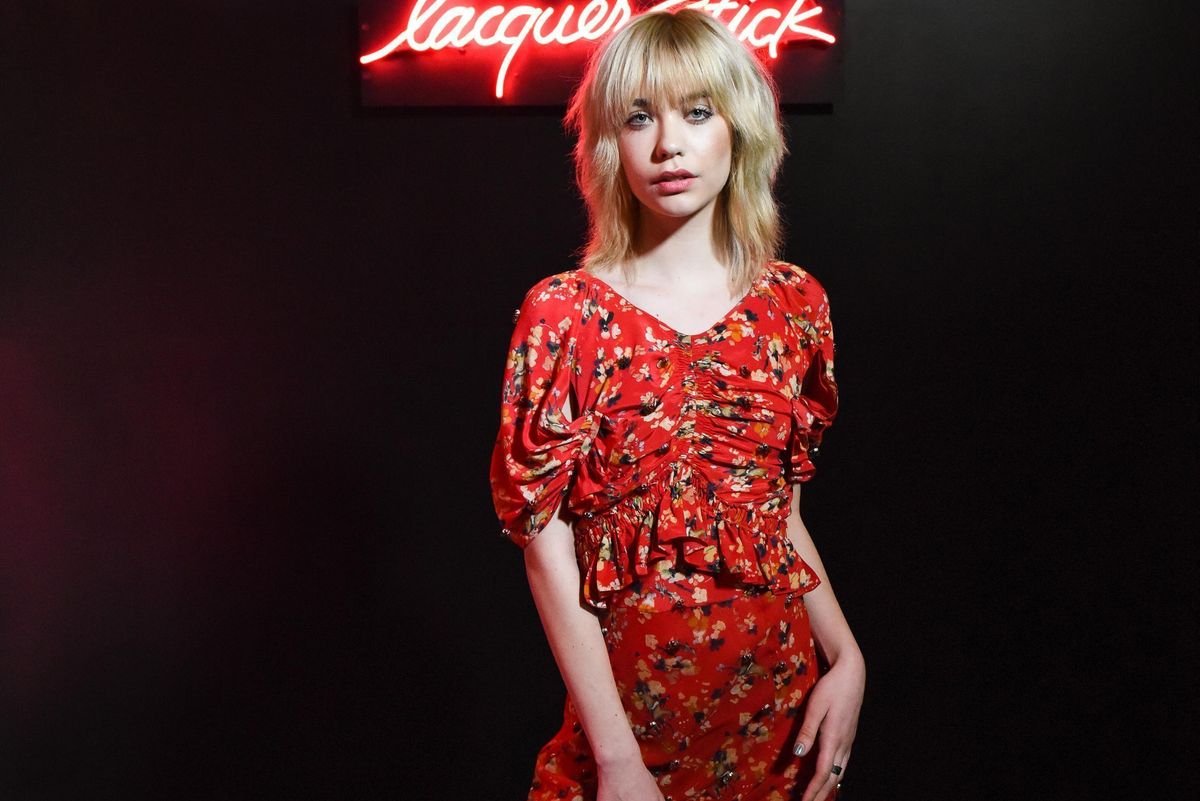 Amanda Steele on Pre-Teen Social Stardom, Launching an Acting Career and Knowing When to Turn the Comments Off

It's unique for a young person to know what professional dreams they want to spend their lives pursuing from childhood, but then again, Amanda Steele is no ordinary young person. The 17-year-old California native started her YouTube channel, MakeupByMandy24, at the tender age of 10, helping young girls safely experience their first foray into the beauty and fashion industries. She became a trusted voice on the social media platform long before "YouTuber" was a viable pursuit and has since used her platform to launch very successful acting and modeling careers. She's the star of the Hulu show Guidance and just last year signed to IMG, the same modeling agency that represents Bella and Gigi Hadid, Alessandra Ambrosio, Gisele and more. Not bad for someone who can't yet vote.

We hopped on the phone with Steele to talk about her growth, the necessity of using social media capital to launch more traditional careers, working hard, hardly working and the future.

When did your interest in social media start?

When I started social media wasn't really as big as it is now. There wasn't really social media fame, either. I found it and that's where I felt accepted, [felt] that I belonged. I'm a little bit more introverted so I spent most of my time online versus hanging out with friends, that's how I got into it.

I started when I was 10. I wanted to be a fashion designer, something I've wanted to do my entire life. At 10, I was looking up videos like "How to Sew" and fashion related things. I found the small beauty community that did exist. I saw some YouTubers doing makeup tutorials and became obsessed with that. At some point, I asked my mom if I could do the same thing and she said, "Sure, just don't say your last name or where you live."

Did you have a few successful videos or did your YouTube popularity grow gradually?

It was gradual, but how I got started was that I did a middle-school makeup tutorial [when] I was 11. It put me out there because anyone who was making similar videos for young girls then, they were always 10 years older than the person they were targeting. I was someone who was actually the age of the people watching. I was one of the first people that was young and doing this. That's really how things got started for me.

When did your interest in fashion start?

When I was super young I was always playing dress up. It's the only thing I ever wanted to do. There were fun computer games that would come out, fashion games I would always play. There was this Fashion Designer World game that was my favorite ever. It moved up to watching YouTube videos online. Project Runway was my favorite TV show. I've always loved it.

Experimenting with makeup at 10 or 11 seems really young. When did you first get into the stuff? Did you have people you looked up to in beauty world?

Youtubers that I watched! That's how I learned to do makeup. I remember always having way more makeup than both my older sister and my mom. I ended up teaching them.

What do you do on YouTube that your fans respond to?

YouTube helped you launch very real careers in modeling and fashion. Do you think its crucial for social media celebrities to explore more traditional entertainment endeavors?

It just happened naturally for me. Social media stars are just this generation's celebrities. It's a different way—people are responding better to people who are on social media and really put themselves out there to try and connect to their audience. I don't think it's ever "leaving social media and going to traditional media," because that's not why people want to keep up with us. It's doing both: having our platform on social media to start on but then also going into traditional media to really follow our dreams.

You've started doing a bit of acting, too. You're the star of Guidance, which I totally binge-watched on Hulu. How did that project start?

YouTubers are starting to dabble into acting. I told my manager I wanted to explore it and had this role I auditioned for—I worked on it so much because it's the first one I've ever done. I worked with an acting coach before the audition and the call back. Being so determined, I think, is how it worked out.

I was able to relate to the character, Miriam, a lot because she was seen as this perfect princess person. Everyone thought she had no flaws, that her life was perfect and that she had everything she ever wanted. In reality, she had some deeper problems and some things that she struggled with on the inside. That totally relates to who I am because I'm seen as whatever my social media profile makes me look like. People expect me to be happy and perfect all the time. There's always something beneath that.

When did you start seriously pursuing modeling?

Ten months ago I was signed to IMG. Modeling is something I've always been interested in. Fashion and glamour, I've always been interested in all of that. It's really awesome that I have the opportunity to be a part of one of the biggest modeling agencies. All of these things are parts of a bigger picture of me. It's really fun to be a model on set and see how everything comes together as a whole project. Modeling is super fun, but my main focus is on fashion and being the creative behind it.

How do you balance acting, modeling, YouTube and fashion?

It's challenging. Deals come up at different times. I'm taking a lot of auditions right now for acting, working with my coach. Whatever campaigns or shoots that come up, I'm definitely flying to New York to go shoot those really quick and come back.

Has becoming a successful social media personality made you more confident?

100%. I don't know what mindset I'd have if I didn't have all these things that force me to be the way that I am. I'm really thankful for it. It's always hard to put yourself out there, especially when it's something creative. You put your hard work into it and everyone's a judge. That's something that made me develop a thicker skin, because I didn't have a choice: it's either let them get to me or be strong. I've become a lot more confident.

Sometimes I'll turn the comments off on my YouTube videos or on my Instagram, because sometimes I get so in my head about what people are saying or what they don't like. It really effects how genuine the content I post is—I'll turn it off so I can focus on what makes me happy and what I like.

Fans probably ask you for advice all the time. What kind of questions do you get and what do you normally tell them?

What's in store for the future?

More modeling and acting! On my personal passion side, I want to start working on designing clothes of some sort. I really want to get that rolling. It's what I've always wanted to do and it's where I want to end up with my career: running a business and designing clothes.

When you're not working all the time, what do you like to do?

I just like to chill and hang out. I'll work so hard and so much and then I'll take a week and just lay in bed the entire week, Postmates food, watch Netflix and not leave. It's one side or the other: I'm either running around and I won't give myself a break, or I'm not moving at all.