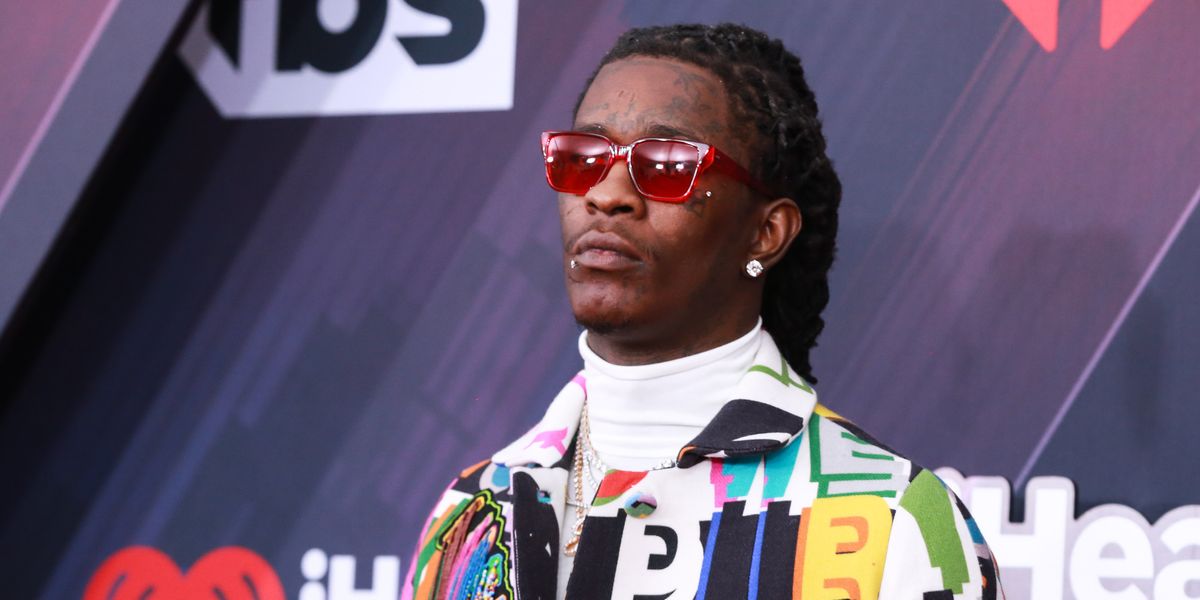 Just a few days after releasing the millionth remix of "Old Town Road" together with hitmaker Lil Nas X and Mason Ramsey, Young Thug has criticized his collaborator's recent decision to come out as LGBTQ.

In an interview (taped prior to the new remix's release), Thugger told the host of tastemaker hip-hop podcast No Jumper (and accused predator) Adam22, that he thinks Lil Nas X "shouldn't have told the world" that he's queer.

He quickly elaborated, explaining that he doesn't disapprove of Lil Nas X's sexuality, only that he's afraid of the backlash the young rapper will face for it.

Related | Can Lil Nas X's Mega-Hit Last at Number One for 17 Weeks?

"I feel like he probably shouldn't have told the world..." said Young Thug, continuing: "These days, motherfuckers, it's just all judgment. Motherfuckers is just judging. It ain't even about the music no more. Once you found out he was gay, as soon as the song come on now, everybody like, 'This gay-ass nigga.' Niggas don't even care to listen to the song no more… It's just like, to certain people, you know what I'm saying?…"

He continued, adding that while he's worried for the rapper, he thinks coming out during Pride was a smart move: "I just feel like he young, and backlash can come behind anything. [His coming out] wasn't a bad idea, and it was most definitely the best time to do it, during Pride. That was the best time to do it. That was a G's move. But he young, and I know he going to be dealing with it in his mind."

Of course, Thugger isn't wrong: Lil Nas X has already seen his Twitter fill up with ugly comments. However, it's still a surprisingly conservative take on the situation given that Young Thug and Lil Nas X belong to a lineage of rappers who challenge hip-hop's norms gender and sexuality. This is coming from the rapper who rocked a couture gown on his latest mixtape cover and preaches "being yourself" on Instagram, after all.

Young Thug's experiences with heteronormative hate have apparently been damaging enough that he doesn't want the younger rapper to go through the same thing — even if that means keeping his identity a secret.

He added: "He young, and I know he going to be dealing with it in his mind. I dealt with this shit before. I know what he dealing with. So I was like, "Fuck, he should have never said that, never should have told them."

Regardless of his counterintuitive opinion, Young Thug is clearly on Lil Nas X's side. Throughout the interview, he emphasized how much he supports and respects Lil Nas X, saying he "adores" the younger class of rappers.

"I really fuck with Lil Nas X. He already showed me the most respect by saying that I inspired him. So I ain't even caring to get in his way. I want him to get, like, a trillion dollars. I want him to get more money than me."