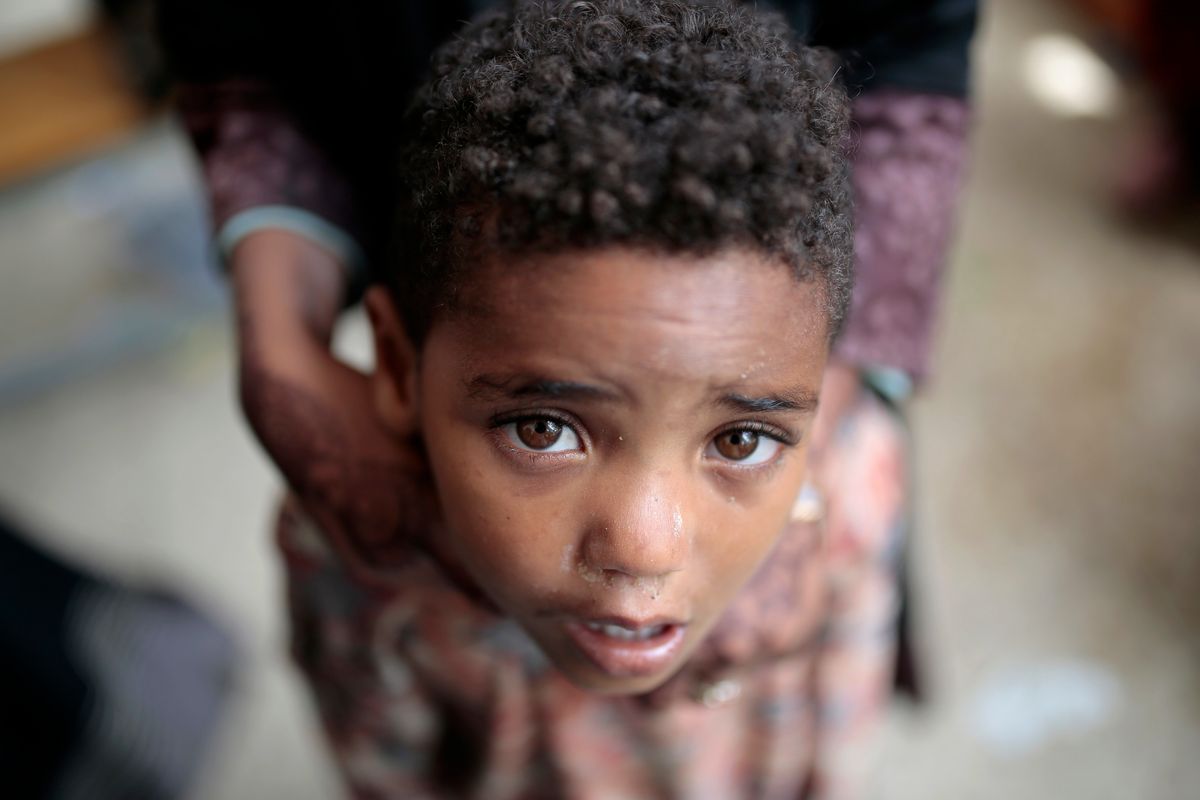 Why Have You Stopped Talking About Yemen?

After six years of the Yemeni Civil War, infrastructure problems combined with severe food insecurity and the largest cholera outbreak on record have led to Yemen facing the worst humanitarian crisis in the world.

However, in between a number of other pertinent global concerns, conversations about what's going on in the country have noticeably dwindled in the past two months. But with more than 24 million people in need of assistance, the situation in Yemen is something we all should still be paying attention to — even when it's no longer trending news.

Whether it be through donations, petitioning or contacting your elected representatives, continuing to support and advocate for the Yemeni people remains crucial, especially since the global pandemic has caused international aid to dry up. Two of the biggest issues though are the hunger and health crises, as more than 8 million people face starvation and 16 million lack access to basic health care.

Relief organizations like Mercy Corps have been working around the clock in areas impacted by the conflict to do things like rehabilitate health care facilities, build community water infrastructures and entrepreneurship training, as well as provide food assistance and disease prevention information. While that may seem like a lot, as Mercy Corps' Salah Wagee explained, the people of Yemen are in dire need of all the help they can get, as "the scale of the suffering is large and the needs are great."

For Wagee — who was born in a poor village in Yemen — this work is incredibly personal. As he explained, while struggling to complete his university studies, there was a water shortage in his hometown — something that spurred him to start facilitating discussions between the villages and local government.

"Women and elderly were suffering, so at that moment, I started looking for ways to help my community," he said. "I wanted to help the poorest and most affected families in Yemen as I suffer and live with the same situation."

Related | How to Help the Humanitarian Crisis in Yemen

As a result, Wagee started working with Mercy Corps in 2012 and now manages the organization's food assistance program in the Taiz governorate. Alongside his team, he helps provide food vouchers each month to more than 32,000 families — most of whom have come to the area from other areas of the country due to the conflict.

Wagee is also currently heading up a new livelihoods program, which will support 100 small businesses affected by the pandemic through cash grants, mentoring and training. That said, as he reminded us, it's an essential service as many people "have lost their sources of income and can't afford to buy food for their families" amid the pandemic.

"Many Yemeni families also rely on money sent home from family members working overseas," he said. "Since the pandemic has impacted jobs everywhere, this source of income has stopped. We have seen that some families are sending their children to the streets to beg for change or food."

It's an already fraught situation, but given that a large amount of aid has disappeared since the start of the pandemic, the effects of things like the upcoming rainy season — which he worries will flood the camps where displaced people are living — now has the potential to make the current situation even more devastating. The fear that the coronavirus itself could further overwhelm Yemen's health facilities — about half of which have been destroyed or damaged by conflict — would make an "already vulnerable situation" all the more difficult.

The biggest concern, though, comes when you consider how interwoven all these issues are.

To illustrate why donations are essential in supporting their continued efforts, Wagee told the story of a family who had to relocate to the city of Taiz due to the fighting. According to him, the family was living on "only two meals a day and went to sleep hungry." But when they received help from Mercy Corps' food assistance program, "things started to change" for the family.

"Now that the family had access to their basic food needs, they could focus on getting a more sustainable income," Wagee said. "The family opened a small store, through which they could save some money to pay for school fees. The eldest son, who previously had to quit his studies, got a high score of 95% on his high school test. He didn't give up on his dream and he has already started studying medicine in college. He's on his way to a bright and successful future."

While "COVID-19 is just the latest" hardship to hit Yemen, Wagee concluded that millions of people have been impacted by the number of structural and political problems plaguing the country, which means that relief efforts have to multipronged. So needless to say, if you are able to give to Mercy Corps — or any other aid organization on the ground in Yemen — you're helping to make a big impact.