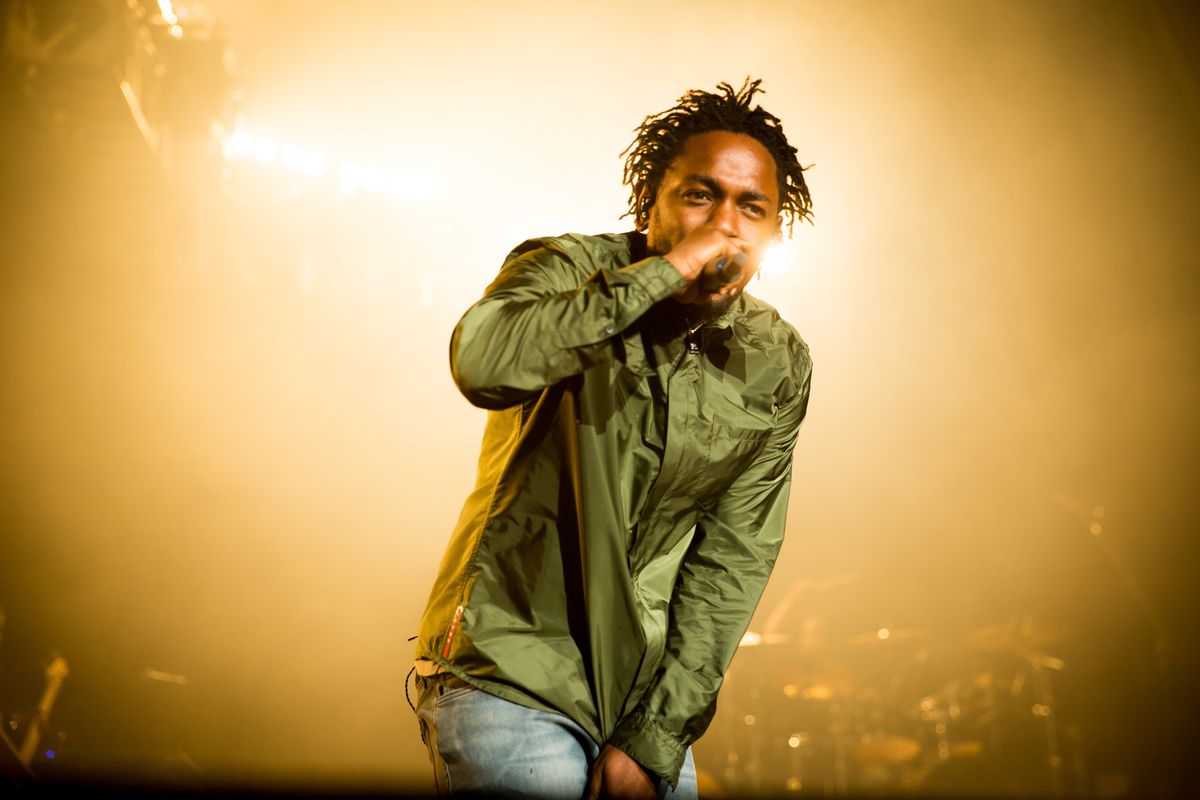 The dark, mysterious image was published Thursday morning with no color and no caption, but it's got the internet buzzing (and not just Black Twitter). Hopeful fans are surfing a massive wave of speculation that the text on the post, which simply reads "IV" (the number four Roman numeral) promises the release of Lamar's fourth studio album is just around the corner. We can only hope.

It's hard to believe the rap giant's latest album To Pimp a Butterfly was released this month two years ago—a time when the Black Lives Matter Movement was fired up and well underway, the Boston Marathon Bombing Trial had just begun and the then 5-year-old Affordable Care Act was being challenged in the Supreme Court. Lamar spoke of To Pimp a Butterfly as a "moral album" not just a political one, and with his declaration of urgency for his next album to The New York Times it's not a far fetched assumption that the political and social messages of whatever's coming next is going to rock some boats.

Some things change and some things don't—for example race relations, terror attacks and healthcare are still conversations that dominate the American political landscape—but one thing is for sure, Kendrick Lamar's next album is one of the music world's most anticipated drops in recent memory and the rapper is making sure it stays shrouded in mystery.