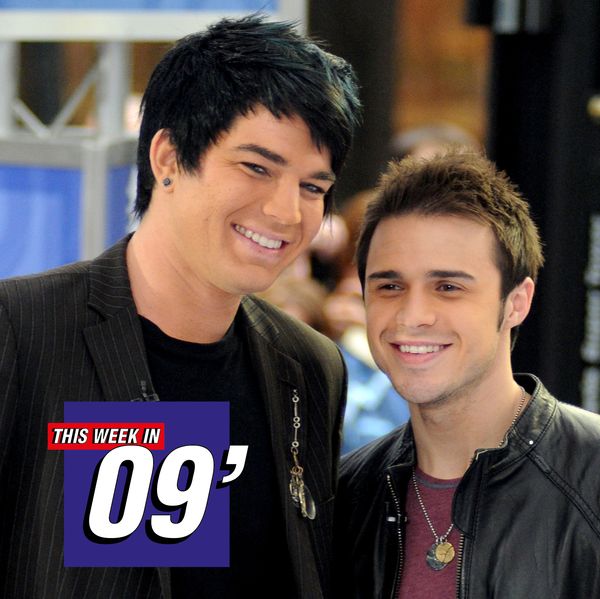 This week 10 years ago, the Jonas Brothers embarked on their 2009 World Tour, beginning in Lima, Peru. It would become the sixth highest selling musical tour of the year, following Britney Spears' Circus tour, Madonna's Sticky & Sweet tour, U2's 360 degree tour, and Miley Cyrus' Wonder World tour. Guests and openers included Demi Lovato, Miley Cyrus, and Korean girl group Wonder Girls. Lady Gaga also had a huge week: her debut single "Just Dance" became the fifth song ever to be legally downloaded four million times. On his now-defunct blog, Kanye West christened Gaga "the new Madonna." (He added that Beyoncé was the new Tina Turner, Jay-Z the new Sinatra, Thom Yorke the new Roger Waters, Lil Wayne the new Hendrix, and Justin Timberlake the new Michael Jackson. At least some of that still holds up!) Pitchfork named Grizzly Bear's "While You Wait for the Others" its Best New Track. "Boom Boom Pow" by the Black Eyed Peas was still number one on the Billboard Hot 100.

Amy Winehouse was hospitalized for the third time in as many months. Jessica Biel complained directors weren't casting her because of her intimidatingly good looks. Beyoncé revealed her Oscar ambitions in an interview with Self, saying that she keeps a photograph of an Oscar statue in her home gym for motivation: "I look at it, and I'm like, OK, I have to stay in shape." OC star Rachel Bilson was robbed by the notorious Bling Ring. The Kardashians opened a new DASH store in Miami, only to have it vandalized. Eminem apologized for dissing Mariah Carey. The Jonas Brothers denied that their new song "Paranoid" was about Joe's ex Taylor Swift. Fergie came out as bisexual. Rihanna was spotted on a date with up-and-coming rapper Drake in New York — later in the week, Drake dropped her name during a concert in Toronto, calling her his "baby." It was announced that Christina Aguilera and Cher would star in Burlesque.

Kris Allen controversially defeated Adam Lambert in the American Idol season eight finale ten years ago, surprising many viewers, as well as Allen himself. Lambert's performance of "Mad World" did end up charting far better than Allen's rendition of "Ain't No Sunshine." Also in May 2009, Queen guitarist Brian May told Rolling Stone that the band was considering Lambert as a full-time front man. He eventually joined the group in 2011.

The Cannes red carpet was just as star-studded 10 years ago. Brangelina were papped frequently during the festival, where Pitt was promoting Quentin Tarantino's Ingorious Basterds; Twilight hunk Robert Pattinson also caused a commotion. Heath Ledger's final movie the Imaginarium of Doctor Parnassus premiered on May 22, and Austrian film The White Ribbon picked up the Palme d'Or.