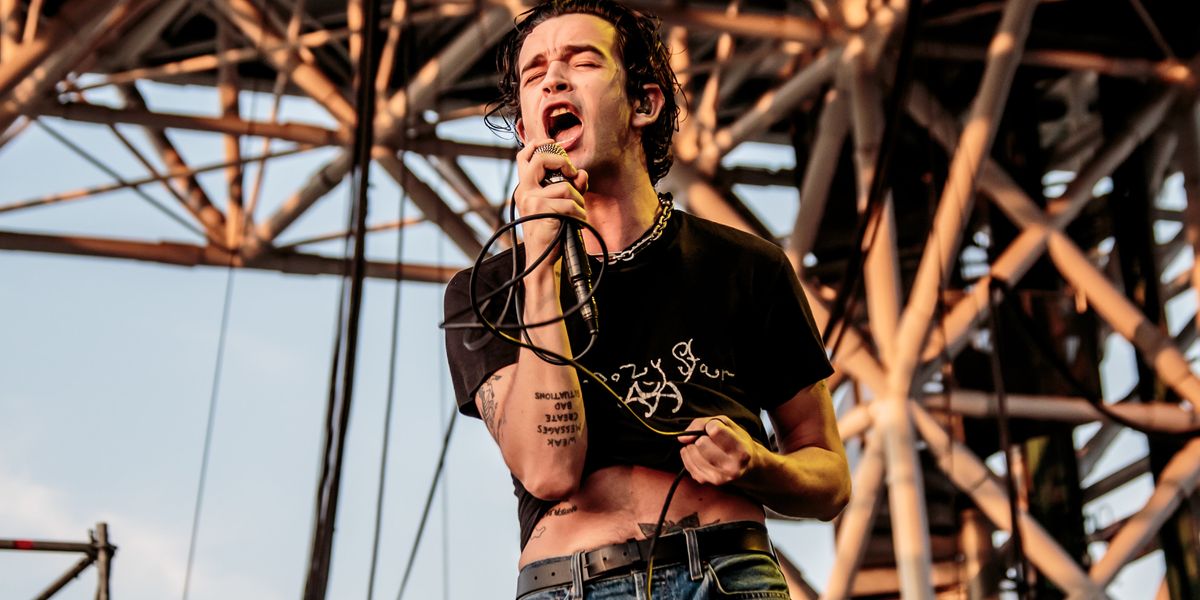 Tattooed E-Boy heartthrob Matty Healy popped up on our feeds this afternoon in a remarkable video clip shared by pop angel Troye Sivan, alongside a well-placed "blushing" emoji.

Sivan is just being polite. Blushing in no way captures the physiological effects of watching The 1975's frontman perform "The Sound" (off their 2016 album I like it when you sleep for you are so beautiful yet so unaware) at a concert in Tokyo.

Related | The 1975 Examine Digital Brevity in 'A Brief Inquiry'

After caressing himself, Matty brings us back into 2019 with a fancy little queerbaiting footpop, as he turns on his heel and struts across the stage to maniacally spit the lyrics "Call me when you're bored/ And playing with yourself/ You're so conceited, said 'I love you'/ What does it matter if I lie to you," into the camera. Be sure to clock those Gollum-esque crazy eyes.

Coming off the 2019 festival season, the perennially shirtless frontman has established himself as a full-fledged sex icon — and The 1975, a formidable live act. But this is something else. The blogger Sarah Lewitinn was once ridiculed for calling My Chemical Romance "this generation's Nirvana." Unfortunately, this clip leaves me no choice but to ask: is Matty Healy, in fact, Gen Z's Mick Jagger?