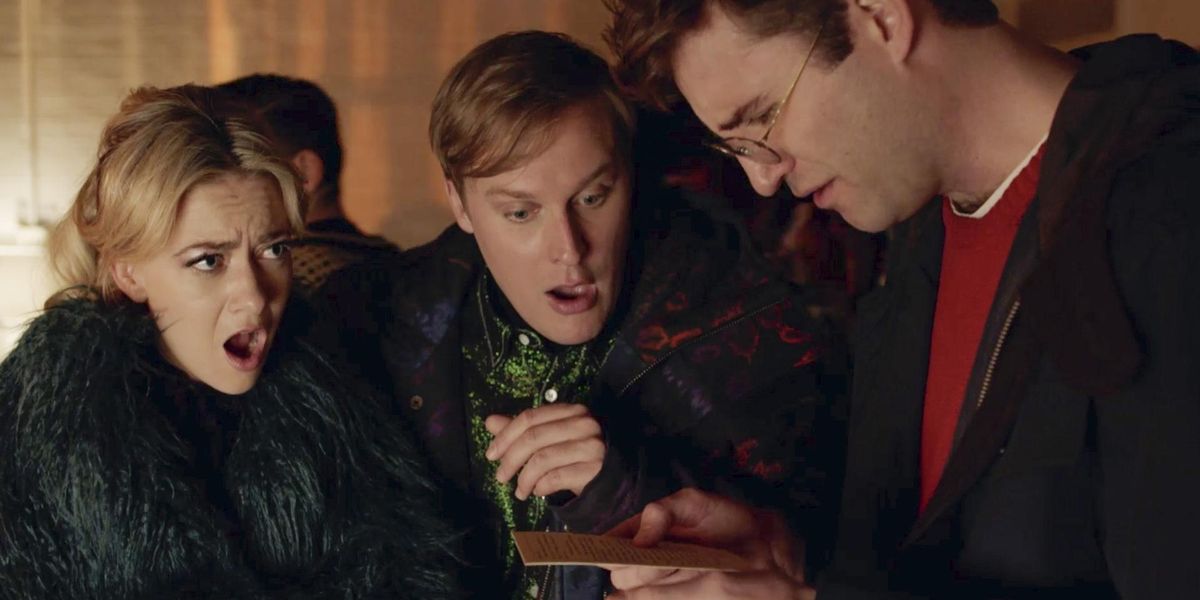 Watch a Clip From the 'Search Party' Season Four Premiere

But you don't have to wait until then to check in on iconic fremenies Dory, Portia, Elliot (really we're just here for Elliot) and Drew. The exclusive clip below reveals the season four set up: after being kidnapped by an obsessed fan at the end of last season (played by Cole Escola), Dory doesn't show up to a party celebrating her not-guilty verdict. Instead she's left a note... that definitely wasn't penned by her own hand.

Related | John Early Is the Best at Being the Worst

The rest of the season will see the gang slowly figure out that Dory isn't backpacking around Europe to find herself, as the note suggests. Staying true to the first season premise, they'll once again be forced to band together, scan for clues and track her down. But there will be a few distractions: Elliot's new career as a right wing talk show host, Portia's surprise new success as an actress, and Drew's pivot to working at a theme park in full costume.

Bonus points: as always, this season is packed with cameos from New York alt comedy and improv faves. Including Pat Regan in the brief but crucial role of gay person on a house boat.

The first episode is written and directed by series creators Charles Rogers and Sarah Violet-Bliss, and we can't wait. Check out the teaser, below.