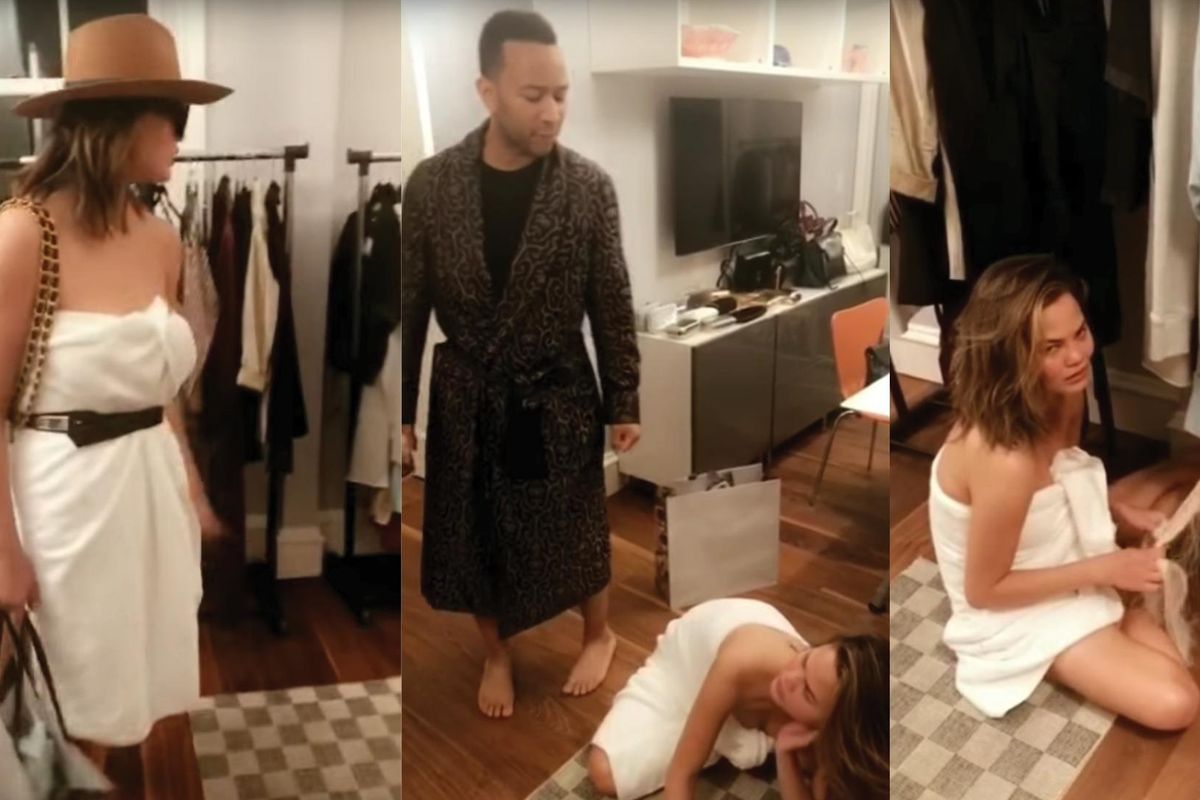 Last night the Queen of All Media Chrissy Teigen and her husband John Legend took to Snapchat to reenact scenes from The Devil Wears Prada. Why? Because they love us and they want us to be happy, that's why. It started off with Chrissy asking her two assistants to share their favorite lines from The Hills ("You will always be known as the girl that didn't go to Paris"), and then Chrissy busts out her best Miranda Priestly impression ("Florals? For spring? Groundbreaking.") and it's off to the races. There's assistant abuse, Miranda's iconic breakdown ("Splashed across Page Six, you're known as the Snow Queen, the kids see it"), and then the piece de resistance – the birthday fight scene between Andy and Nate, as played by Chrissy on the floor in a towel, and John Legend in a brown silk robe. "You know, in case you're wondering, the person whose calls you always take? That's the relationship you're in," says John. "Postmates?" Chrissie replies.

We don't deserve them.

Watch the magic unfold at the :37 mark below...