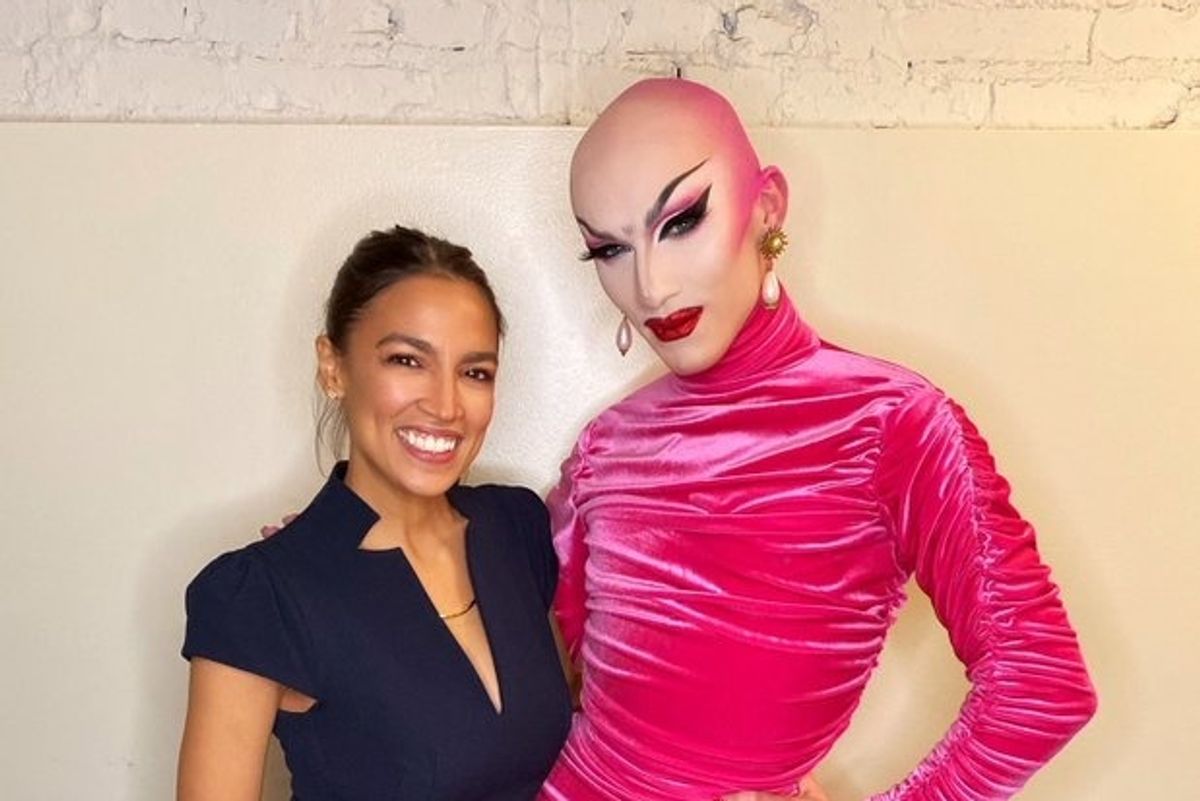 After receiving a standing ovation from Velour's audience, AOC went backstage at the drag star's DC "Smoke and Mirrors" performance and filmed a video with her. The youngest ever congresswoman's review of the show? She emulated Lady Gaga: "Stunning, amazing, impeccable, genius."

Posting the footage and photos on Twitter, Velour praised AOC for her work to advance LGBTQ rights. "You are truly an inspiration," the queen wrote. "Thank you for all you do to support our queer family. What a brilliant human, I'm still overwhelmed from this meeting!"

It's always easy to get cynical about a photo op, but Ocasio-Cortez isn't just some politician seeking to connect with the #youth. She's been obsessed with Drag Race for ages, and once lost her mind over Valentina entering her Instagram Live stream, praising her lip sync and saying she made her "proud to be Latina."

In the same stream, AOC said it was her "dream" to one day be a Drag Race guest judge. Um, ours too? As of last night, she's one step closer!