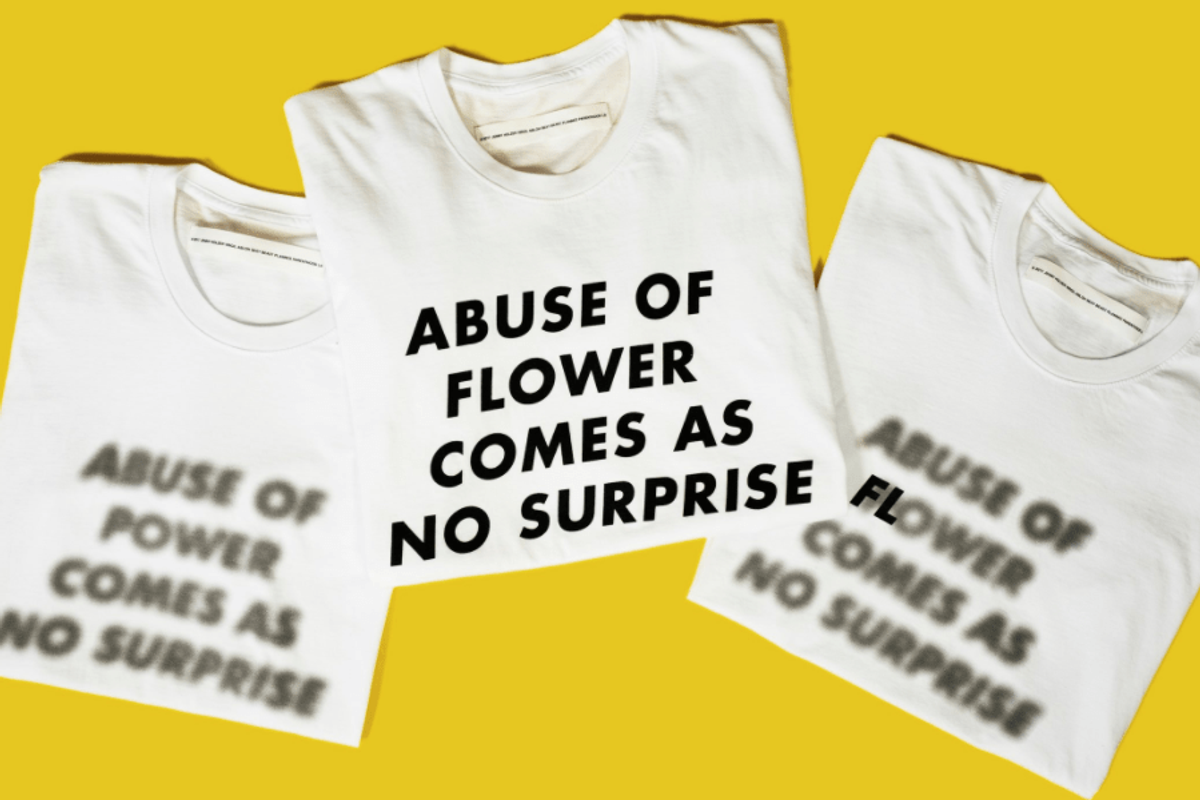 Virgil Abloh and Jenny Holzer Team Up for Planned Parenthood

Virgil Abloh and artist Jenny Holzer have joined forces to create a political statement and Planned Parenthood fundraiser, all in one t-shirt.

The shirts were commissioned by Sexy Beast, an organization that fundraises through events and collaborations for Planned Parenthood LA. Since Trump's election, Planned Parenthood has faced increasing attacks on its reputation as a provider of health care but more importantly on its funding.

The fashion industry has stepped up more than once to fundraise for the organization, with CFDA-created badges in support of PP being worn by such luminaries as Anna Wintour earlier this year, and Proenza Schouler creating a film in which Hari Nef and Grimes discussed issues affecting women.

This is the second time Abloh and Holzer have teamed up; the two paired up to create an orange t-shirt that said "I'll Never Forgive The Ocean" as the invitation to Off-White's SS18 show, in addition to a giant projection that the models walked beneath.