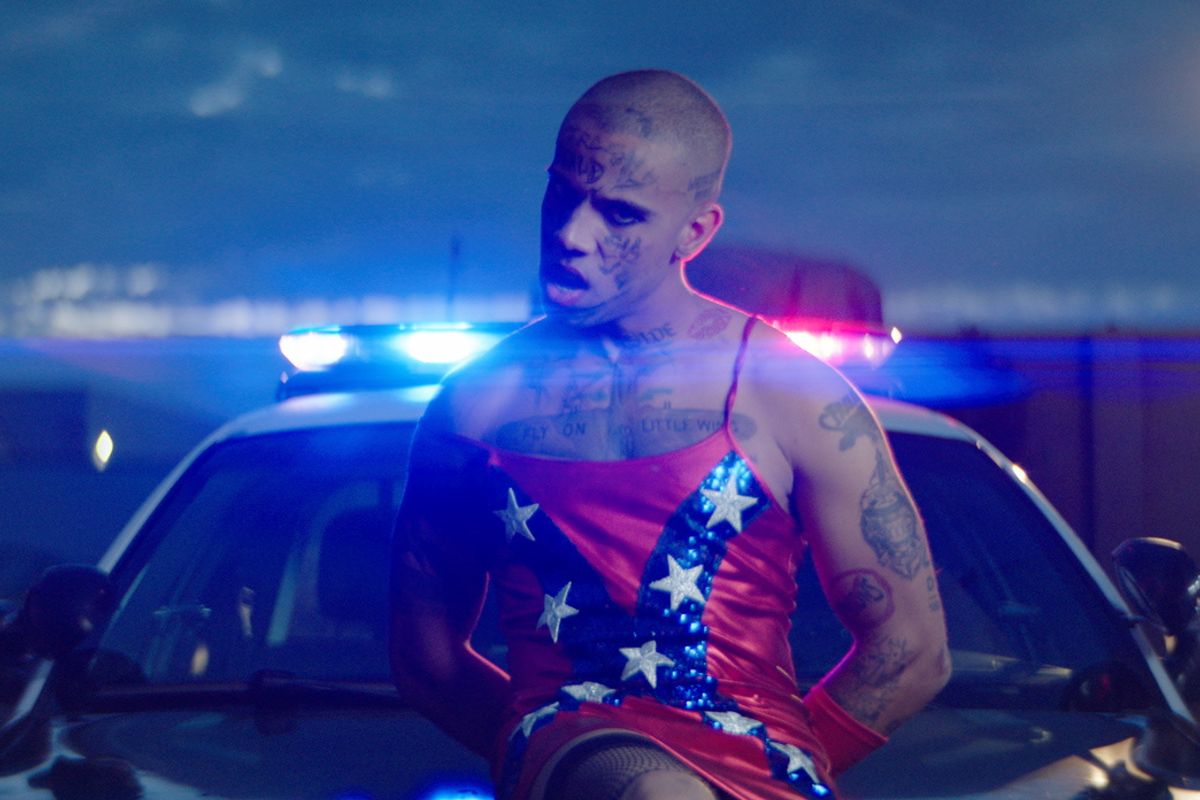 From the beginning of this career, Chicago hip-hop artist Vic Mensa has been committed to defying convention. Rap might be the medium for his voice, but his experimentation is broader than the world he's part of typically allows. What else is like that? Society, of course, from its policing of gender norms, systemic hierarchies, and deciding whose voice matters most.

With his 93PUNX project, Mensa continues to flip what people might expect of him— "a straight Black man in the rap world" — into new and exciting realms. What he's willing to explore personally, sonically, and visually says a lot about his mission to alter ancient perceptions of what straight Black men in the rap world are therefore expected to achieve.

Just months ago, his controversial "Camp America" video showed white children locked up in cages, an effective statement about white supremacy and its intersection with the U.S's current state of punitive immigration policy. The video ignited such a firestorm, it affected his non-profit.

Now with "3 Years Sober," a rock-rap banger produced by Travis Barker, Mensa continues shattering perceived limitations. The video, out now, shows Mensa, in an homage to iconic queer '90s Camp vehicle, To Wong Foo..., dressing up in full drag — including a blonde wig, lipstick, and a Confederate flag dress. The latter represents what it means to directly confront symbols of hate and intolerance. Mensa then goes out in this look and is queer-bashed by other men.

The frenetic imagery, co-directed by Mensa and Franc Fernandez also shows the rapper engaged in a tug-of-war with a Mike Pence figure over reproductive rights and the like. The Trump administration is portrayed as ominous masked figures. As for the song, it gives light to the idea of modern Americans being asleep at the wheel: "Three years sober and I'm still hungover!" Mensa shouts in the song's climax.

"The '3 Years Sober' music video is about challenging convention and limitation; it's about shattering genre," Mensa tells PAPER. "They say I can't make rock music as a hip-hop artist, or wear a dress and make up as a straight man & I say I don't give a fuck. The video makes political statements while also just pushing boundaries sonically and visually."