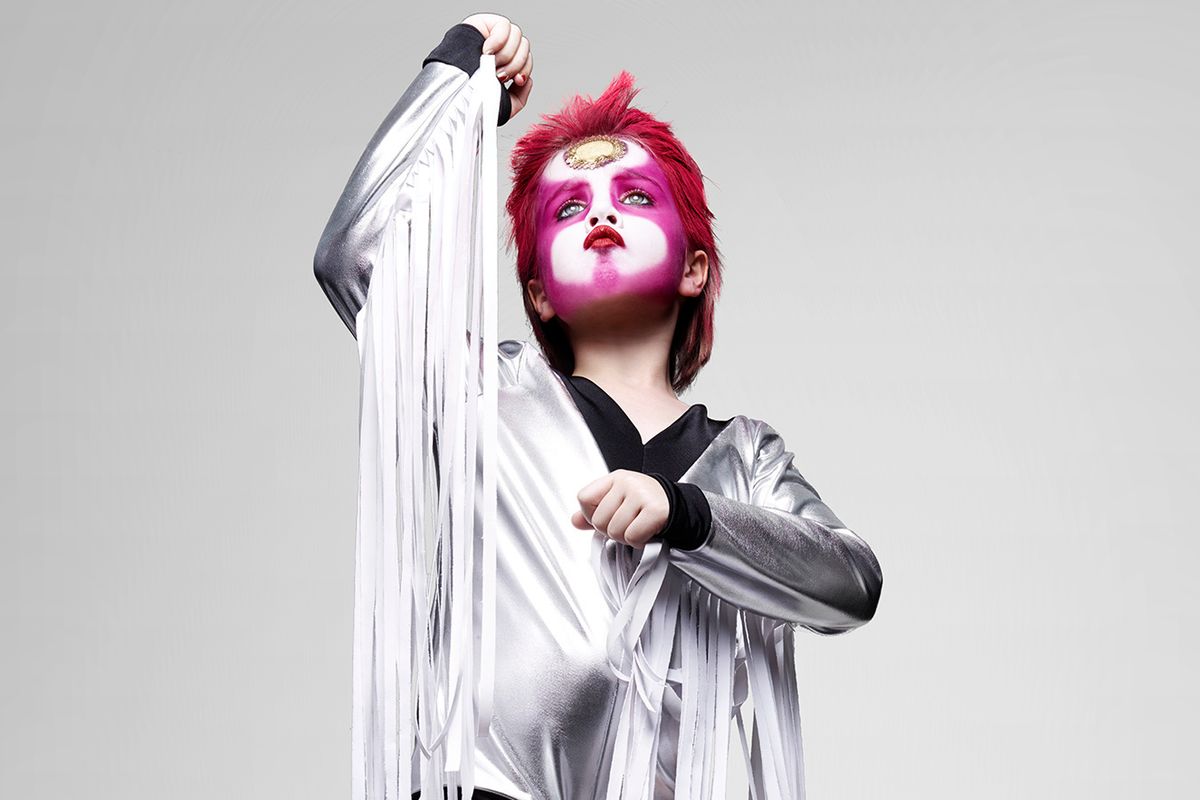 There's logic to gut-feeling decision making, but there's an emotional factor, too. That makes the drive hard to explain — especially when you're talking about Rankin, the British photographer who, beyond being celebrated for his celebrity portraiture, co-founded the game-changing, alt-culture magazine Dazed & Confused back in 1991.

Instinct has always been paramount to his process, but the variety of work — his canon includes campaigns for massive brands like Nike, Dove, and L'Oréal, plus directing videos for the likes of Future, Rita Ora, Azealia Banks, Marina and the Diamonds, and Miley Cyrus — complicates the effort to understand his creative mission. But just recently, a beacon for trying has been released: Unfashionable, a retrospective of 30 years of fashion photography.

Rankin has issued numerous books, of course; this one, however, is particularly insightful. Fashion photography is the undeniable anchor of his career, after all, and because Rankin personally edited the collection, every image is telling. Recurring themes and repeat collaborators tell us more, and from outtakes, Polaroids, and test shoots, we can glean a bit more of the goings-on behind the scenes.

Gutting the guise of the fashion industry, with all its standards and norms, is one easily agreed-upon purport, but the manner by which Rankin does it comes in many forms. Sometimes, it's in the intersection of subject and portrayal, like a stereotypically beautiful subject portrayed in a unsettling way, or highlighting the luminary effect of a so-called societal outsider. Pointing out pop culture before it actually becomes pop culture is another Rankin motif — and rupturing its posturing is another.

We can draw so much from the images of Unfashionable, but a probe into Rankin's creative process wouldn't be complete without a conversation with the photographer himself. In PAPER's interview below, we dig a little deeper, and get closer to understanding Rankin.

In a career of 30-plus years, even if you were only selecting the most iconic photos, there are so many possibilities in how this book could be curated. Can you discuss your thinking on the editing process?

This book took ages as I didn't want to make just another monograph. Unfashionable is more about the people I've worked with and my creative process. It's also more about who I am as a person and how I see the world, as most of the work is really about my view and perspective on the world I work in.

I imagine each image like a magnet for nostalgia, remembrances. Was that the case? Are there any images that, in reviewing them for the book, recalled particularly intense memories?

Yes, definitely, that was my favorite thing about the whole project. We came up with the concept of approaching some of my favorite models, hair and make-up artists, stylists, and other collaborators to recall what it was like working on the shoots. So not only did I get a huge burst of nostalgia by pulling some of my first shoots out of my archive, I also had people I worked with 25, 30 years ago reminding me of funny stories — and in the case of the model Kate Groombridge, how she had decided within the first five minutes of meeting me that she hated me.

Why reverse chronology, rather than the begin the book at the start of your career?

With a standard chronology you can fall into the trap of building to an end point. I was worried that if you start with one of my first photographs it might be like saying "it gets better from here," and in a way minimizing what I was doing as a photographer at that time. By going backwards in time through the book I really feel it gives you a chance to see all of the images and my influences and themes I have returned to on a level playing field. I have definitely grown as a photographer over the 30 years I've been doing this, but 21-year-old me still took some pretty cool images. Also I'm contrary like that.

Can you speak to some of the unseen works included? Were they from shoots never intended for publication, are they outtakes, or are there other reasons for having never shown them before now?

I photograph my family and personal moments, but aside from that everything I shoot is intended for something. Plus I'm never not shooting and I've always wanted people to see all my work (good or bad). The unseen images from Unfashionable are outtakes, behind the scenes images, test shoots, and Polaroids. They haven't been printed before because the context wasn't right, but we've put them in the book because they add unseen perspectives and really push the narrative of my career.

One of your earlier books, Rankin Portraits, also included works unseen prior to its publication. That has me wondering: How vast is this trove of unpublished images?

Vast. We're constantly finding shoots I had forgotten about. We're really deep diving in it now though, if you follow my Vero account, you'll see I'm posting unseen images and contact sheets from my archive all the time.

"That's always been important to me — to take those risks and trust my gut. It's who I am."

You once said that your ability to make a subject feel at ease was key in your photography. Working with so many people over the years, you must have encountered some situations where subjects still struggle to feel comfortable behind the lens, no?

There have been some nightmares, but it's that unspoken rule: never explain, never complain. As you know, celebrities are a whole thing in themselves so I do think fashion is different to portraits. There can be difficult situations in fashion, but you are more of a team trying to overcome problems, and to be honest, I learned that team mentality along the way. I was a wanker when I first started, as I thought that was what you were supposed to be, and I was very opinionated and thought I was right all of the time! So people probably have more stories about me than I do about them.

Related | Chloe Sevigny and the Stars of #Horror Get Freaky

You've talked about instincts in choosing cover subjects for your publications, dating back to photographing Chloë Sevigny after seeing Kids. Do you still get those gut feelings about certain subjects? Have you ever thought you were wrong about one of those in hindsight?

Yes Kids, that was such a moment in time and I remember watching the preview and immediately phoning Jefferson and saying, you have to see this film, we have to get Chloë on the cover. I still get that gut reaction when shooting with someone. I know if the images will be good and I know if people are going to respond to them. As you know, covers are really difficult, but if you have a great image and the subject has that special something, even if they're an unknown, people gravitate to it. That's not to say you always get it right, but that's always been important to me — to take those risks and trust my gut. It's who I am.

Why release a retrospective now? You were quoted in The Guardian five years back saying you were considering your anthology, and there was some uncertainty as to whether there was an "end of the career road" implication there. Unfashionable isn't any sort of ultimate — as in final — anthology, right?

Not at all. I was offered the chance to make a book with Rizzoli and it was coming up to an anniversary of my photography and it all just fell into place. Actually, this is another perk of the reverse chronology of the book — now you don't close the cover on my recent work. That action feels so finite like it's the end of a road, I'm over. Now the only reason there aren't more pages is there is nothing further back to print. I'm going to keep doing this until I can't do it anymore. I'll still be taking pictures on my death bed.

Unfashionable: 30 Years of Fashion Photography by Rankin is published by Rizzoli priced at £50.00 and available from all good book stores.