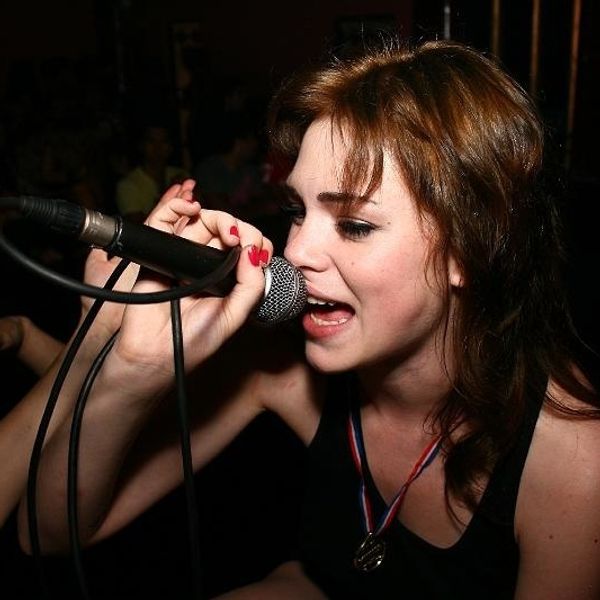 Myspace Queen Uffie Returns with 'Drugs' and It's Perfect

Uffie is nothing if not a trendy provocateur. The then early-20s American-French singer-songwriter and occasional emcee made waves — the kind of beginning stage Internet ripple that made "Soundcloud rap" look like child's play — in the early aughts when underground electro-clash singles like "Pop the Glock" and "MCs Can Kiss" hit her MySpace page.

She rode that underground wave of critical buzz and tour reviews, where the performer established an often-imitated but rarely perfected Parisian cool. Uffie adopted the posturing of hip-hop culture in a way that was cheeky without being appropriative: she smoked, drank, danced, flirted with boys, bragged about her accolades (and her private-school pedigree), but always seemed to be telling her audience a joke: "it's not that serious, y'all."

"Pop the Glock" for example, is an electro-pop bop that still very much holds up; cheeky, intentionally clumsy rhymes about being an X-rated "bad ass bitch" are stacked right next to bars like "time to get low, do the Tootsie Roll." It astutely blends pop sensibility with the vocoder-heavy dance grooves that made acts like Daft Punk famous, but was somehow trendy without seeming to try (or care).

Her debut full-length, Sex Dreams and Denim Jeans, released in 2010, cashed in on Uffie's charm and reservoir of critical clout, but some argue it was a day too late and a dollar short, and so it didn't launch Uffie's budding career into the stratosphere we'd hoped it would. Its sound, however, with its idiosyncratic, tough white-girl posturing, can be thought of as a forebear or even a direct influence for the more electronic offerings of popular artists ranging from Kesha ("TiK ToK"), to, yes, recent Bad Girls Club member Taylor Swift ("Look What You Made Me Do").

It's hard to track what became of Uffie after her debut, but we can presume that she settled nicely into motherhood, coming out of hiding to record the occasional feature (see: her guest spot on Charli XCX's "Babygirl" from last year).

So "Drugs" dropped today and it's a bit of a revelation for two reasons: 1.) it doesn't entirely break the mold and 2.) its thoughtfulness feels so simple, and it's a breath of fresh air. By reason #1, we mean that for those looking for Uffie to reinvent electronic music as we know it, you might be disappointed. But "Drugs," for all its coos of sugary love and devotion, innovates within the genre: it sounds syrupy and adorably lovestruck; a signature effect of Uffie's that's been established by now. By reason #2, we mean that "Drugs" was probably heavily fussed over, but sounds like it was probably recorded in 30 minutes.

"Drugs," very much like her early releases, has an ineffably endearing quality that suggests it could come out in 2010 or come out today, and still somehow seem fresh. That, my friends is about that Parisian mystique that Uffie, and so many icons before her innately possess. The often-sought je n'ais se quoi element is what really sells this track. Most of all, it's just so fucking cute! But don't let us decide that for you; listen below and try not to feel the same level of intoxicated we do. Uffie seems to be back, for real this time, and, for an artist who made her name on the Internet trendiness of "right now," there's simply no time like the present.