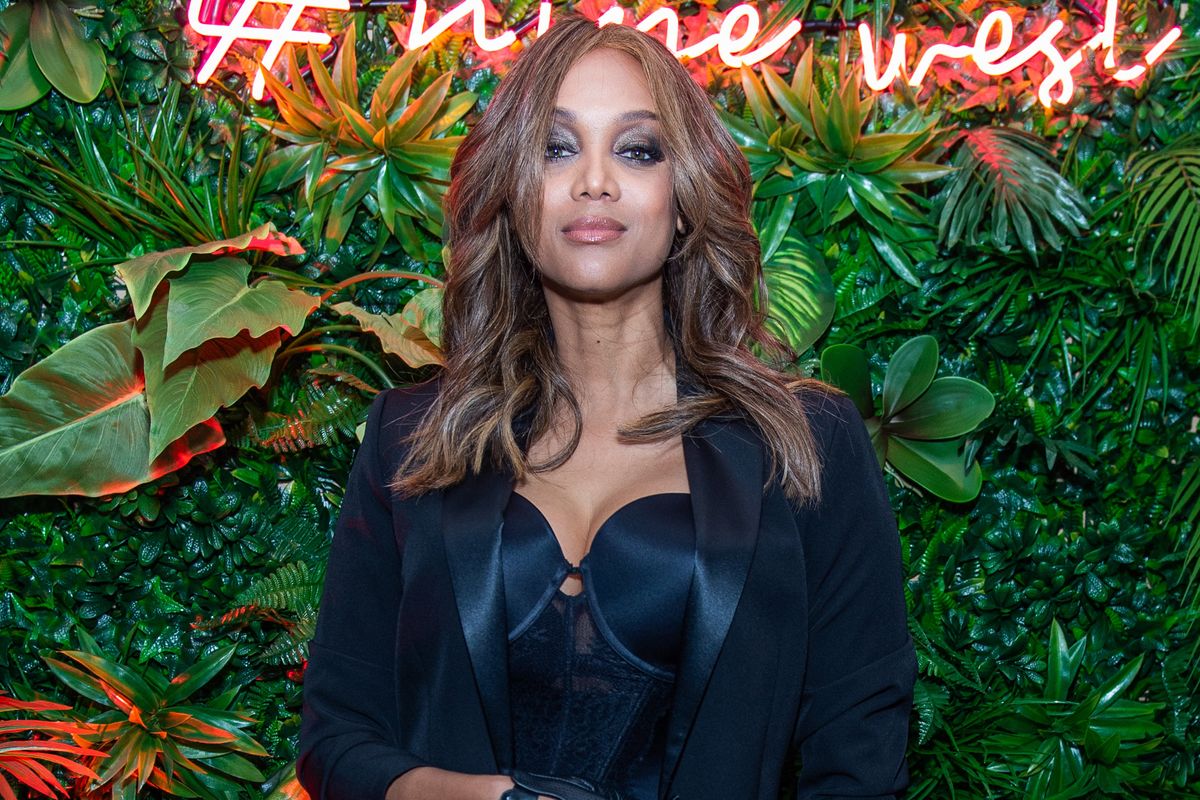 Since its first episode aired in 2003, America's Next Top Model left a mark on reality television and the entertainment world. It was a hit show that evolved into a pop cultural phenomenon even after it went off air. But now, in the year 2020, people have decided to take a step back and look at ANTM episodes past. And not everything from the show holds up today.

As people pointed out online, the show and its host Tyra Banks had more than a few problematic moments — specifically during the contestants' makeovers and eliminations. Sometimes, the makeovers would be so extreme that the women on the show would get emotional — only to be taken off the show later on.

One prominent example that's been brought up is Danielle Evans from Season 6, who was criticized for her tooth gap. But in a later season, Tyra wanted Chelsey Hersley to widen her gap so that she could more closely resemble Laura Hutton.

Lol remember how #TyraBanks wanted to fix danielle gap in season 6 because its not marketable but later in season 1… https://t.co/UrHarwL2dd
— MotherQueef (@MotherQueef)1588703472.0

Tyra has gone on Twitter to directly respond to the backlash. "Been seeing the posts about the insensitivity of some past ANTM moments and I agree with you. Looking back, those were some really off choices," she wrote. "Appreciate your honest feedback and am sending so much love and virtual hugs."

One of the show's producers Ken Mok also issued a public apology. "Want to reiterate what @tyrabanks said. I look at some of those #ANTM moments and cringe," he tweeted. "Just a FYI - the entire creative team made the choices in those shows - not just Tyra. So please feel free to yell at me for some of the worst moments in ANTM history! Apologies to all."

Been seeing the posts about the insensitivity of some past ANTM moments and I agree with you.  Looking back, those… https://t.co/xGA2EPnvrJ
— Tyra Banks (@Tyra Banks)1588983375.0

And while there are fans who are excusing Tyra, saying there's no need to apologize for something that was a product of those times, many are also unsatisfied with these statements and are asking for a more genuine apology.

this....... is simply not enough. you really crushed numerous girls spirits playing with lives like it was sims.