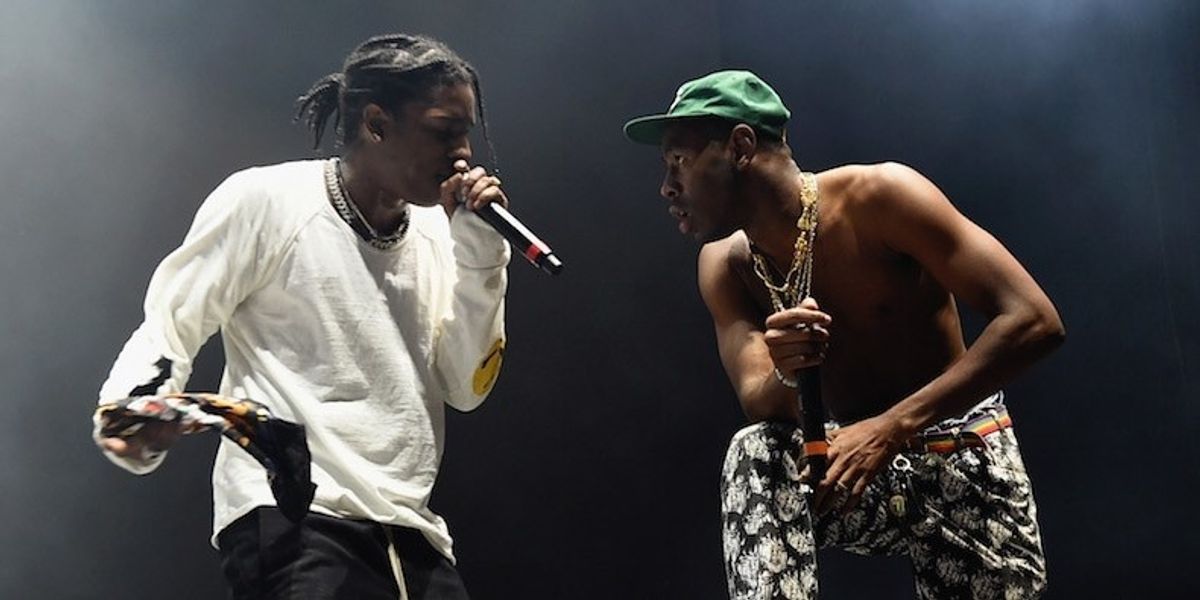 In Paris. It's kinda major.

Here's a slightly unlikely dynamic duo that, we must admit, we didn't see coming: Tyler, the Creator and ASAP Rocky, who have performed together before. Though both rappers lean left-of-center in their musical inclinations, it's always fun to imagine them exchanging verses back and forth, and how well they complement each other: Tyler's frenetic flows paired with Rocky's cucumber-cool delivery.

Now, we don't have to dream. The two joined forces for a song called, literally, "Potato Salad," and it is a wildly creative track the finds the two playfully sparring in a freewheeling freestyle over the instrumental of "Knock Knock," an underrated 2003 deep cut from Monica's After the Storm album. That song was produced by Missy Elliott and Kanye West.

The video, which you can find below, shows the two rap stars galavanting in Paris, with a cameo by Jaden Smith. It is part of a 48-minute video on ASAP Rocky's creative agency website, AWGE. You can watch the full video here.