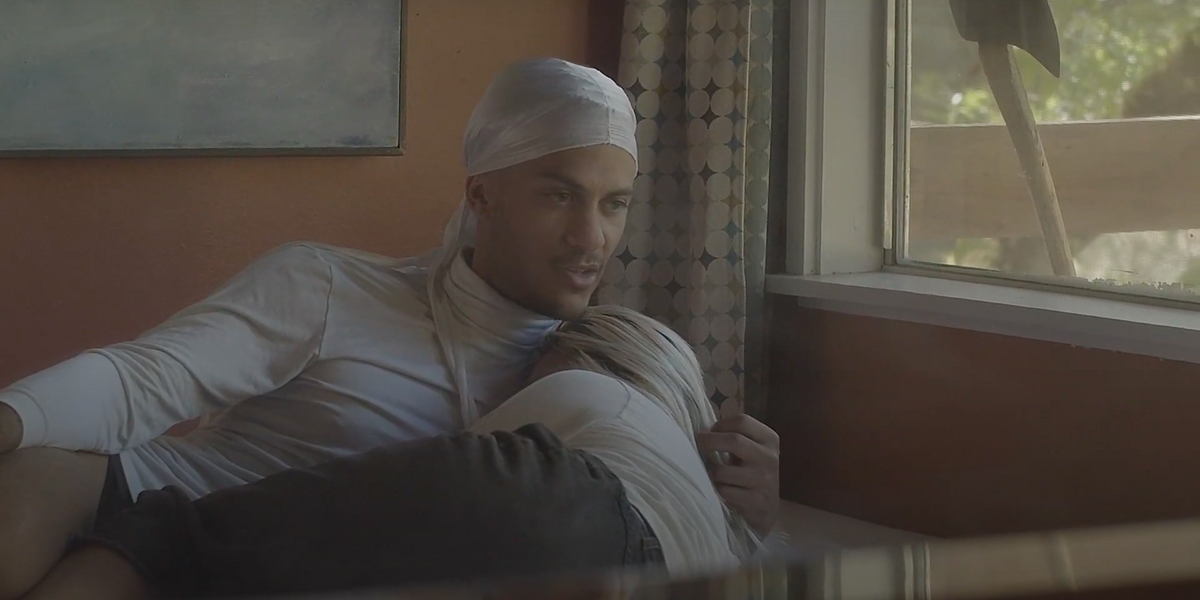 Tyler Holmes Explores Queer Survivors of Violence With 'Nothing'

After releasing "Two Tylers" a little over a year ago, Oakland musician Tyler Holmes is looking inward with their latest release, "Nothing." The track first appeared this spring as a double-single alongside Holmes' experimental, nine-minute song, "Rise," and now the queer artist has an accompanying music video, premiering today on PAPER.

The beautiful, DIY visual is shot on location at Groundswell, an "intentional" retreat center for the LGBTQ community in rural Northern California. Taking advantage of the natural surroundings, Director Gabriel Christian captured Holmes and their co-star in the woods — eating raw fruit, walking through the river, crossing bridges barefoot and more.

For Holmes, the "Nothing" lyrics and visual offer an "intimate exploration of the effects of trauma on Black, Brown and queer bodies." The video shows them performing as a couple that mirrors each other's actions and appearances, "triggering their knot of tender and brutal memories." They cuddle inside a cabin, fight in the water and carry each other's bodies in a wheelbarrow — a series of setups that feel at once chaotic and comforting.

Ultimately, "this disorienting film reveals the cycles holding and upheld by survivors of violence," according to Holmes, whose practice is built on inviting their audience into experiences that provide "healing and catharsis." A multi-faceted artist that uses music as "therapeutic device," Holmes says they always aim to showcase "an intimate horror" in ways that are both "brutal and beautiful."

And "Nothing" certainly aligns with Holmes' intention, bringing electro-leaning production that could live on Kanye West's 808's & Heartbreak with a larger, nuanced message that speaks directly to the lived experiences of QTPOC people. "I throw my life away for you," they repeatedly sing-chant in a vocal style that underlines their many influences, from folk to goth and gospel.