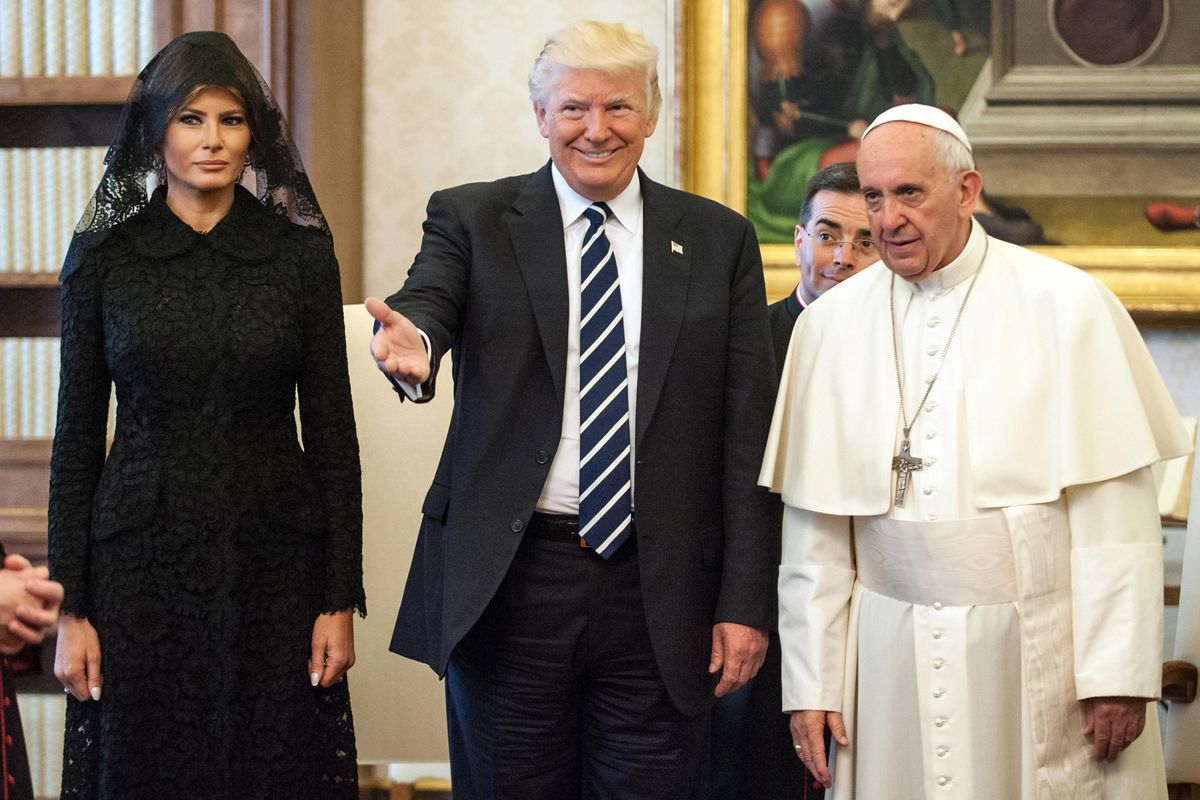 The Internet Reacts To Trump's Awkward Meeting With The Pope

Trump and his family are currently on their first World Tour, their most recent stop being the Vatican to see Pope Francis. Based on photographic evidence, accounts of the meeting, past Facebook beefing, and basic theological knowledge, the Pope was not super happy to be meeting with Donald J. Trump and Co. Avid Twitter user and jokester Francis took the opportunity to ask Melania what she feeds Trump and to not-so-slyly gift the president, who doesn't read, with a copy of his encyclical on climate change - something Trump has claimed was a conspiracy in the past.

Pope Francis jokes to Melania: "What do you give him to eat?" pic.twitter.com/KUIukfeQNX
— Kyle Griffin (@kylegriffin1) May 24, 2017

Pope Francis gives @realDonaldTrump a copy of Laudato Si', his encyclical on the environment and climate change
— Joshua McElwee (@joshjmac) May 24, 2017

Awkward silences, smiles and cold stares, and very uncomfortable photos were all part of the meeting:


"The pope did not say anything. He did not smile. He looked at pool several times." - WH pool report from Vatican https://t.co/ckWaMVT7NL
— Vera Bergengruen (@VeraMBergen) May 24, 2017

POPE: Yep that's me. You're probably wondering how I ended up in this situation. pic.twitter.com/7RB3z2ByKL
— Benjy Sarlin (@BenjySarlin) May 24, 2017

tfw when u realize christianity is prob just as oppressive to women but it's too late so you just stand there. pic.twitter.com/8rum89H5KA
— Elizabeth Plank (@feministabulous) May 24, 2017

DONALD is a President destroying the EPA

FRANCIS is a Pope trying to save the Earth

What a time to be alive.