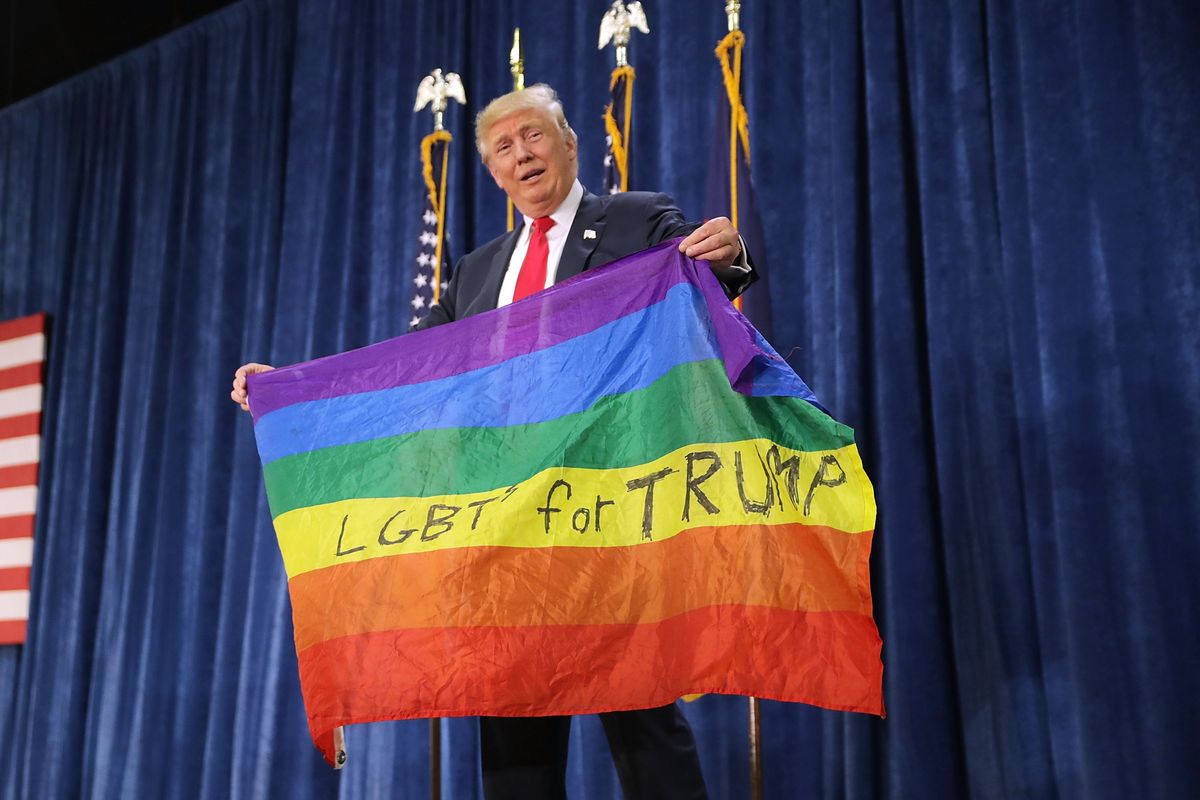 The Trevor Project, the largest LGBTQ youth suicide-prevention organization in the nation, reported a "dramatic spike" in the number of contacts - calls, texts and online messages - from transgender youth after President Trump tweeted that transgender people were no longer welcome in the military.

On an average day, the Trevor Project reports that it receives 178 contacts and that 7.3 percent of those calls, messages and texts come from people who self-identify as transgender. Within 24 hours of Trump's tweets, however, the number of contacts from callers identifying as transgender jumped to 17.5 percent. In addition, during the week after a new "bathroom bill" targeting transgender students was proposed in Texas, the contacts from transgender youth doubled to 14.7 percent.

Trevor Project CEO and executive director Amit Paley said in a statement, "Anti-LGBTQ rhetoric and legislation directly leads to crisis among our community's young people." He added that the Trevor Project will continue to work "around-the-clock" to be a resource for LGBTQ youth, but that lawmakers also need to "stop throwing young people into crisis for political gain."