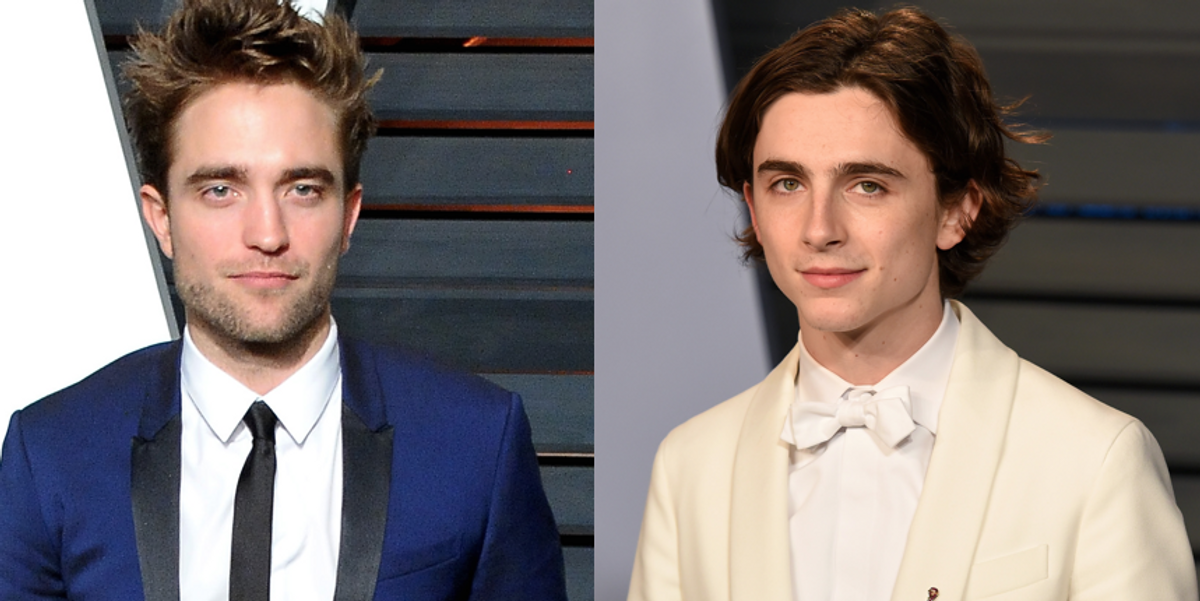 Timothée Chalamet and Robert Pattinson Are Making Your Dreams a Reality

Make sure you're sitting down for this one: the man whose face plastered your 13 year-old walls, and the boy who's affair with a peach is tattooed on your conscience are uniting at last.

Timothée Chalamet, Hollywood's new boy wonder, will star in new David Michôd-directed Netflix film Henry V, alongside Twilight-alum and forever heart-throb Robert Pattinson. Based on Shakespeare's famous historical plays Henry IV and V, Chalamet is set to play King Henry and Pattison will portray French prince, The Dauphin, with the film apparently taking place "before, during and after England's military conflict with France at the famous Battle Of Agincourt in 1415, part of the 'Hundred Years' War' between the two nations."

But that's not all. Chanel-muse and impossibly perfect spawn of Vanessa Paradis and Johnny Depp, Lily-Rose, will feature as Chalamet's love interest/wife from an arranged marriage, Princess Catherine. Joel Edgerton will also appear in the star-studded flick, assuming the role of Falstaff.

To tide you over until it's release, here is Timothée Chalamet at his best.