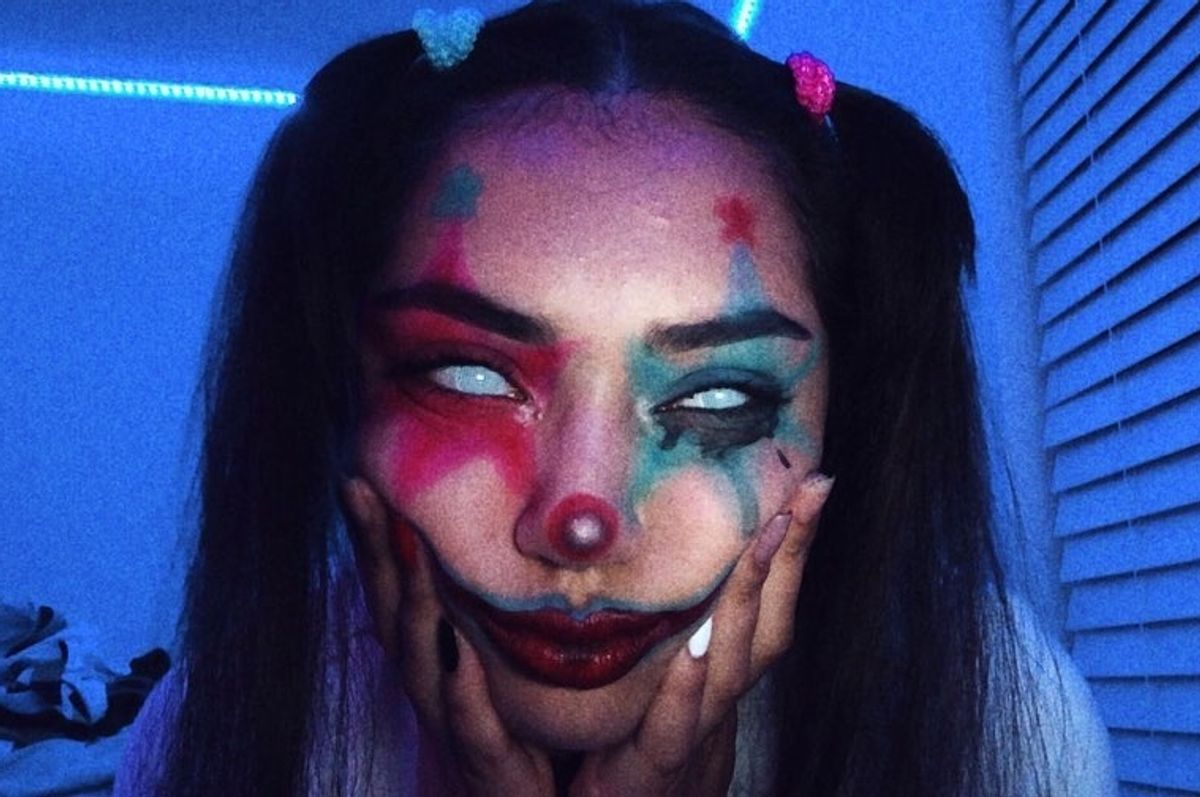 Meet the E-Clowns of TikTok

Who would've though that, over 20 years after its original release, the Insane Clown Posse's "Hokus Pokus" would make a resurgence into the mainstream — and popularized by Gen Z-ers, no less? But, here we are. "Abracadabra, boom shaka day/ I'm Violent J and I'm back like a vertebrae," is the line that teens everywhere are lip-syncing to, some of them in full ICP makeup, and others opting for a more avant-garde, beauty guru clown look.

"Clown Check" is the name of the game on the latest TikTok trend, and it's resonating on surprisingly potent levels. Insane Clown Posse has held its own in terms of its fanbase over their years, getting juggalos everywhere to listen to their songs and show up for their annual "Gathering of the Juggalos," which is more of a family reunion than a music festival. You would think that this event, and the fanbase which first rose up around it back in the 90s would skew older, but that's not the case on TikTok. The popular lip-syncing video app, which has drawn comparisons to Vine for its short video format, has ushered in a new era of cyber juggalos putting their own spin on ICP's biggest hits.

ICP's overly explicit track "The Neden Game" is also a huge hit on TikTok, but if you referenced the song title to most of the kids on the app, they'd probably have no clue what you're talking about. Since most of the clips run for only about 15 seconds total, familiarity with the song itself is limited to a small set of lyrics: "Let's see, uh, well, I'd have to think about it/ I might show up in a tux, HA!, but I doubt it."

It's unclear whether or not the new trend of e-clowning will correlate in any spike in popularity for ICP, since there seems to be no direct callback to any of the original track's grit or the juggalo community's affinity for shock value in the TikToks. Most of the clown makeup is high glam, incorporating modern beauty trends like contouring and cut-creases. If anything, an ICP track might just be a means to an end for uses on the app to show off their makeup skills. Impeccable blending techniques, deranged color combinations and creative designs characterize the new wave of cyber juggalos' styles.

The trend has transcended social platforms, though, which is promising for ICP's longevity. The #ClownCheck hashtag is highly populated on Instagram with more than just reposted TikToks. Tons of users are trying their hand at clown makeup, taking it to guru levels of artistry — full list of products used included.

Abby Roberts on Instagram: “♦️🎭Masquerade🎭♦️ I bought this traditional Venetian mask while I was in Venice this past week, and I had to do a look inspired by it! If…”

If the "Clown Check" trend takes off like the other TikTok fads before it, ICP might find themselves with a hit on their hands. From Lizzo's "Truth Hurts" to Blanco Brown's "The Git Up," and even Lil Nas X's number one hit, "Old Town Road," the app is launching careers and major hits. One has to wonder: 22 years after its release, will The Great Milenko start charting?