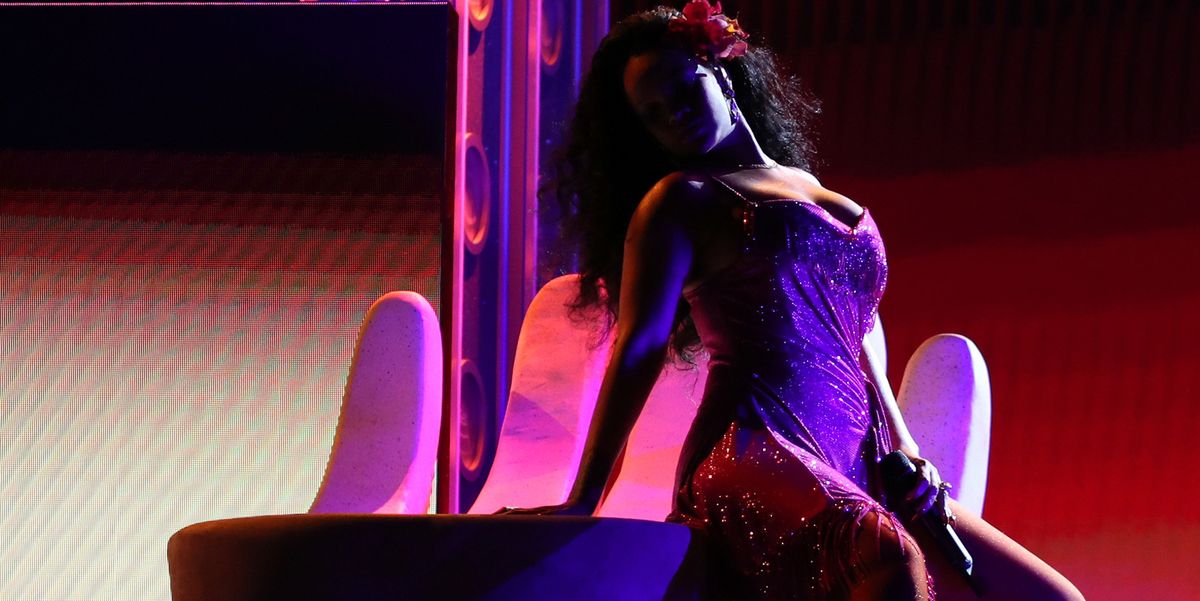 Tonight's 60th Grammy Awards at Madison Square Garden saw a ton of strong performances from some of the hottest artists of the moment including Kendrick Lamar, Miley Cyrus (and Elton John), Lady Gaga, Alessia Cara and Logic, SZA, Bruno Mars and a joyous Cardi B.

But one performance in particular stood out among all of those as so funky, so rihveting and so unapologetic that it seems to have set us all on fire with fierceness. DJ Khaled brought out Bryson Tiller and Rihanna for their summer smash hit "Wild Thoughts," and in addition to some complex staging, it was Rih's choreography and attitude that had everyone shook:

Can't never have too much @Rihanna on your TL #GRAMMYs pic.twitter.com/fVfMA1ehcu
— Karen Civil (@KarenCivil) January 29, 2018

Rihanna and Kendrick Lamar also took the stage to accept the award for Best Rap/Sung Performance for "Loyalty" off Lamar's DAMN album, which was robbed by Bruno Mars for Album of the Year.