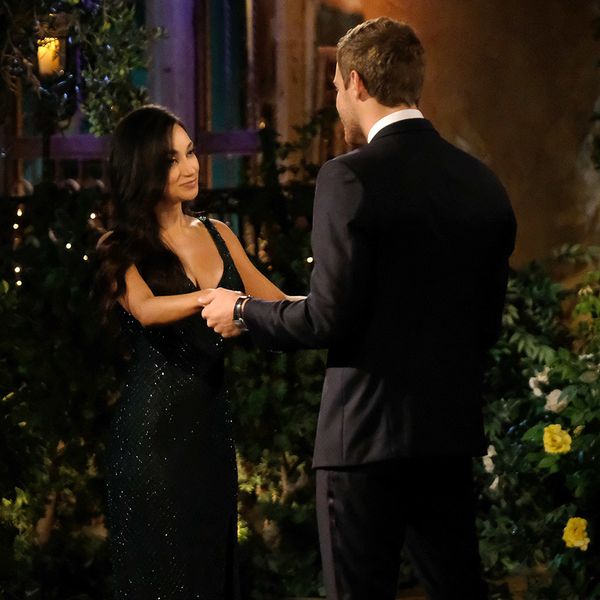 In the latest episode of The Bachelor, the remaining contestants traveled to Costa Rica for a bikini photo shoot under the premise that whoever had the most chemistry with Weber would have their photos published on Cosmopolitan's website. And though Fuller ended up winning, the magazine's editor-in-chief Jessica Pels announced that they would no longer be publishing Fuller's photo shoot in the wake of the controversy.

On Monday, Pels explained in a post that while she originally based her decision on "the energy they conveyed through the camera lens," after learning about Fuller's past modeling a few weeks ago, she decided to scrap the shoot.

"Unequivocally, the White Lives Matter movement does not reflect the values of the Cosmo brand. We stand in solidarity with Black Lives Matter, and any cause that fights to end injustices for people of color," Pels said in reference to a recently resurfaced photo, in which Fuller is seen in a "white lives matter" hat and a shirt with the Confederate flag.

And while she noted that some reports point toward Fuller's shoot actually being for "a Marlin Lives Matter organization focused on preventing white and blue marlin from being overfished," the fact that the brand used white and blue lives matter messaging on their apparel was enough for Pels and her team to take action.

"In my view, the nature of the organization is neither here nor there — both phrases and the belief systems they represent are rooted in racism and therefore problematic," Pels continued, though she said that the already-printed March issue will still feature an insert of Fuller's cover.

Neither Fuller nor The Bachelor have commented on the decision.