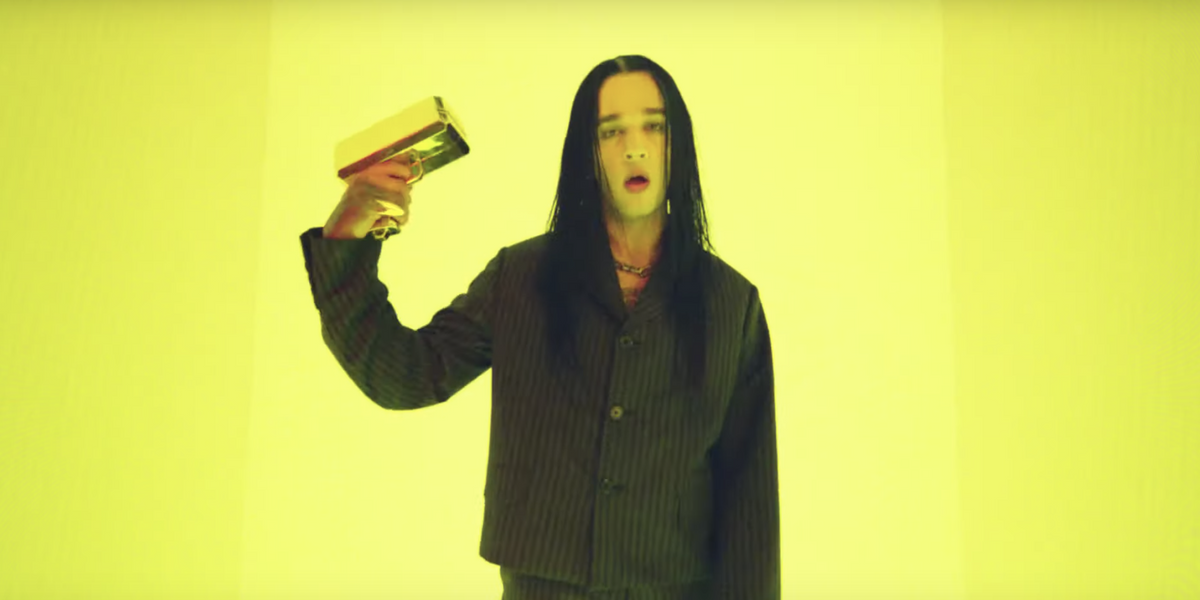 "Wake up! Wake up! Wake up!" The 1975 frontman, Matty Healy, screams into the camera at the outset of the video for their new single, "People." From the first few drum hits of the track, one might expect an uptempo hard-pop anthem, a la that of their debut album. This assumption is struck down almost immediately when listeners are hit with the onslaught of the first verse. It's inciting revolt, yes, but more than anything the full commitment to versatility reminds The 1975 fans to appreciate why they fell in love with the band in the first place.

The neon, yellow-backed music video appears to unfold solely inside of a container of LED screens and musical instruments. It's a tight space at its best, and intolerably claustrophobic at its worst. The lack of physical room on a digital screen intensifies the yelps of Healy, totally shifting the band's brand in a single line. He's shown in the video to be trapped in a variety of compromising positions — from hanging upside down by his feet, jet-black long hair swinging beneath him, to simply twitching about in irritation.

Related | The 1975 Examine Digital Brevity in 'A Brief Inquiry'

The video may not resonate with all fans of The 1975, but that's what makes the band so interesting in the first place: there's something for everyone on every record. The group's upcoming album, Notes on a Conditional Form, is already boasting a sprawling 22-track-long listing, due out in full on February 21, 2020. It's a quick turnaround from their previous album, the dynamic A Brief Inquiry into Online Relationships, which was only released in November 2018; it, too, had a massive tracklist and was influenced by a variety of genres and sounds, from glitch-pop to smooth jazz.

There's absolutely no telling what the band will release next, since the previous offering released from Notes was a spoken word track featuring climate activist Greta Thunberg. Until the next taste, head bang along to the video for "People" below.