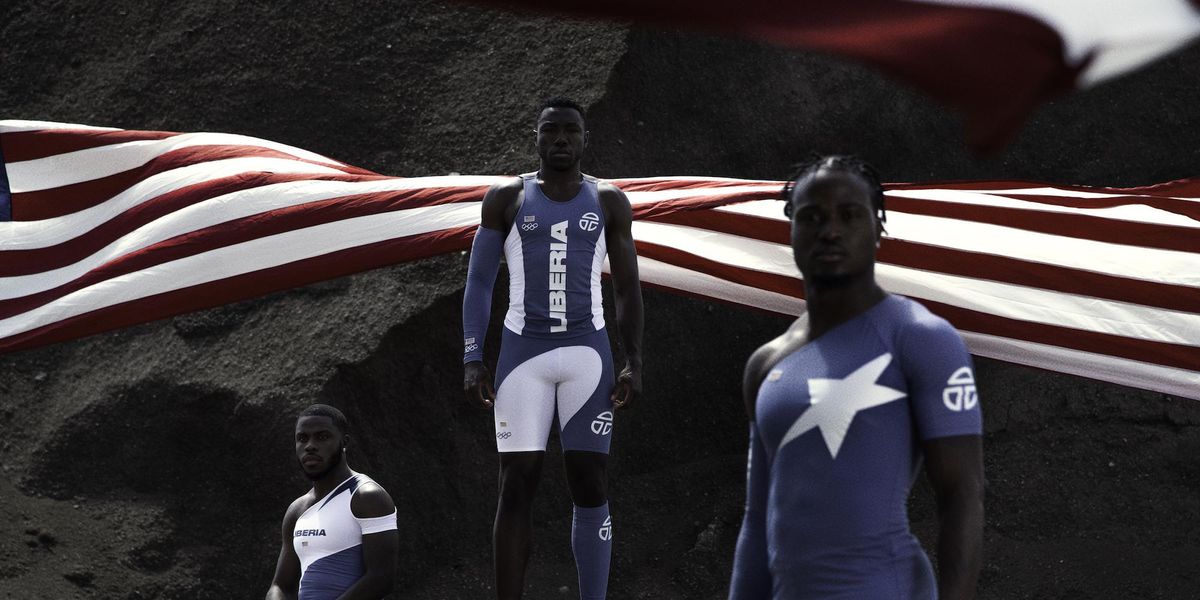 Telfar's first runway collection in over a year just took place at the 2021 Tokyo Olympics.

On Friday, Telfar Clemens debuted his Opening Ceremony collection with the help of three members of the Liberian National Team — Emmanuel Matadi, Joseph Fahnbulleh and Ebony Morrison — with Clemens himself appearing at the event as the country's flag-bearer. Not only that, but in addition to this being the independent, Black-owned and non-gendered label's first foray into athletic performance wear, the brand is also acting as the sole sponsor of Liberia's team, who previously had to "scrounge for sponsorships before almost every Games," according to The New York Times.

But how exactly did this amazing yet unexpected collaboration come to be? Well, it turns out that the team decided to reach out after Matadi learned that Clemens is Liberian American. As a result, the Brooklyn-based designer ended up creating 8 athletic and 28 casual pieces — "for travel and life in the village," per a press release — all of which feature the lone star of Liberia's flag and a new Pan-African-Performance symbol that's expected to appear in the brand's upcoming NYFW show.

However, the personal story behind the meaningful partnership is just as beautiful as the outfits themselves. For context, Clemens' family immigrated to the US in 1990 during Liberia's Civil War and, fortuitously, he ended up receiving the call while he was visiting the country. Needless to say, Clemens started sketching out ideas while finding design inspiration in Liberia, all of which eventually led to a collection of clothes reflective of Liberia's history as a country meant to provide freedom and opportunity for Black people from the Americas. So while the Liberian National Team has yet to win a medal since its first Summer Olympics in 1956, here's to hoping that changes with the help of Telfar's new performance wear on its side.