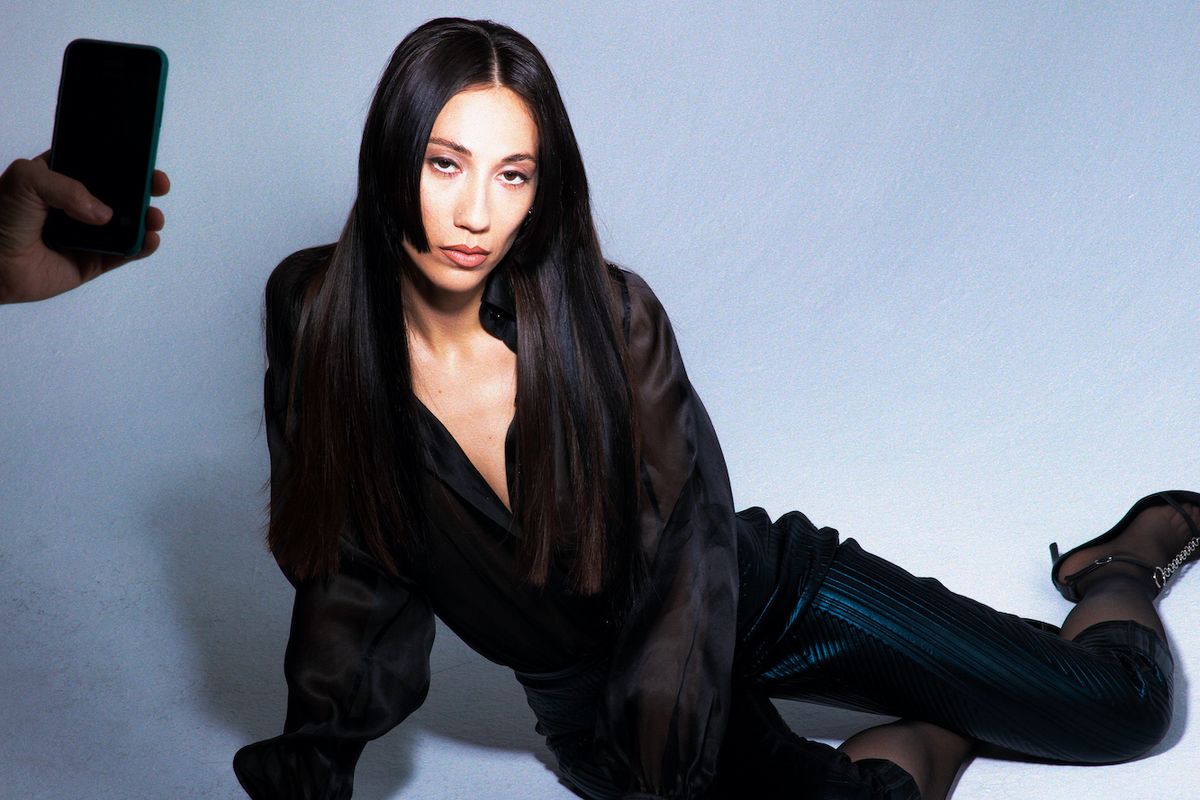 "Die 4 Ur Love" is weirdo-pop's most expensive-sounding earworm of 2020. As the title track of Tei Shi's new EP, out today, it sets the tone for a five-song project that wraps up very relevant, universal feelings of sadness into slick, sexy synths and massive melodies. Because if you're not dancing through the inevitable — potentially nearing — apocalypse, you're doing it all wrong.

Related | Tei Shi Is Writing Dance Anthems on Her Own Terms

"I wrote this EP during a six-day writing trip in El Paso, Texas," Tei Shi tells PAPER. "It was in January, at the very start of the year and 2020 had already started off on a bleak course for me. I was feeling really sad and pessimistic, and the music all came from this place."

The energy of Tei Shi's EP stems from newfound feelings of independence after breaking free from a record contract. From here, Die 4 Ur Love oscillates between playfulness and darkness, rolling through complex feelings of abandonment, stalker-like obsession and a desire to disappear altogether. On "Goodbye," the EP's apt closing track, Tei Shi's shiny, clean vocals become a grand finale inside sparkling electronic, like her convertible driving off a cliff at sunset.

"I was feeling a sort of impending doom and out of that came an EP loosely based around apocalypse," Tei Shi says. "Weirdly that kind of manifested itself through what has been going on in the world for the rest of 2020."

Below, Tei Shi breaks down every extremely relatable track off Die 4 Ur Love for PAPER.

This song talks to this character, Johnny, who has disappeared. I'm asking Johnny where he went and why he left, and kind of going on this journey to try and find him. It's more of a story-like song than any of the others. It's like speaking to someone who isn't there. Something about it feels like a folklore-type song — a kind of fun, but sad old western. Johnny isn't one person in particular, his character is more of a stand-in for all of the people who have disappeared from our lives. It's about abandonment and loss, but at the same time I wanted it to be upbeat and danceable — a big pop song.

"Die 4 Ur Love" is a song about the end of the world as you know it — about losing someone or something you never knew you could lose, and then all of a sudden your reality shifts. All the things you would have done, or said, the love you could have given, and being willing to die over it. I wrote it right after the new year when I was feeling a sense of impending doom and darkness, and dealing with the ending of a few relationships in my life that left me feeling a lot of mixed emotions.

This song is about wanting to disappear, wishing for an easy way to unplug from emotions — that feeling of throwing your hands up at your emotions and going numb. It also has a fun, playful energy though and ends on a slightly optimistic tone. I think we've all been in this place. It's kind of supposed to be that voice in our head or the internal monologue we deal with from time to time.

This one is written from the perspective of a stalker, talking to the person they are obsessed with. It's kind of creepy, but cute. It tows the line of being really scary to someone, but also really sweet and loving. I think the whole EP — but this song in particular — plays with those two extremes of fun, cute, kind of quirky, but then also very dark and demented at the same time.

This song is about saying goodbye to someone and just releasing them out of your life. It's about someone who just kind of weighs on you and makes you miserable, and you're finally deciding to just tell them off. It's pretty emotional, but also kind of ruthless. It's not about one person or relationship in particular for me, but a few different ones — from personal to business. I was definitely fueled by being freed from a record contract I was very unhappy with for years, so the song mostly revolves around that but also touches on a few other more personal relationships.