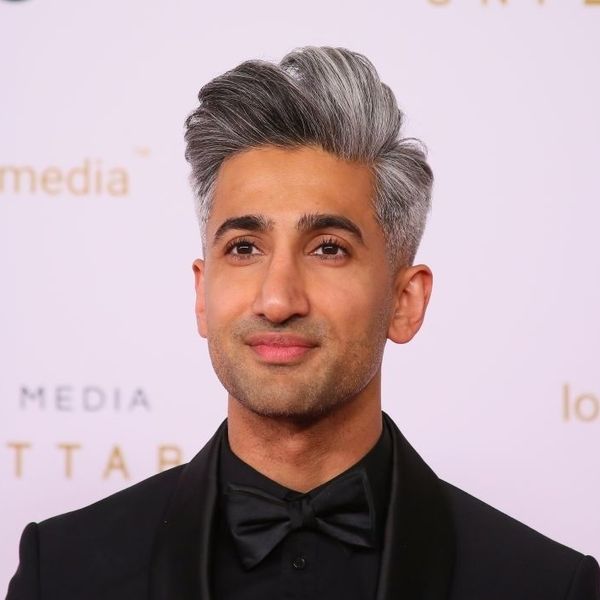 Tan France Bleached His Face at Age 10 to Appear White

It may seem like Tan France is one of the most confident among his Queer Eye cast, but that wasn't always the case.

In his new memoir, Naturally Tan, the designer and author revealed how as a child, he would bleach his face to appear white. France, who grew up in England and was born to Pakistani immigrants, described that at age 10 he would steal bleaching cream from his cousin to "lighten his skin."

"I had another dream as a kid, which angers me now," he wrote. "But I've talked to many friends of color who have told me they shared the same dream, and that is to wake up white. I first had that dream when I was very, very young, because I worried constantly that if I went outside the house, bad things would happen to me."

The revelation was a part of his larger take on growing up as a South Asian person in England, where he painfully recalls being afraid of being bullied and beaten up while walking to school by himself.

Confessing that to this day, his cousin never found out he stole her cream, he adds: "I haven't had the balls to tell her I took it, because, since then, I've been ashamed of the fact that I succumbed to the pressure. I kept the dirty little secret to myself. I'd only use it at night, before bed, when no one else was going to catch me. Let me tell you, that shit hurt."

Eventually though, he says he came to terms with his identity and is only proud of it now. "If you ask me what my favorite thing about my appearance is, I'll say my skin," he said. "I think my skin color is beautiful. As a ten-year-old, I could never have imagined that you could find my skin color beautiful, and I'm willing to bet most nonwhite people have thought the same thing."

France's account sheds light to a disturbing although dominant beauty standard within parts of South Asia — especially countries such as Pakistan and India. Fairness creams, lightening skin treatments and bizarre bleach facials are some of the primary drivers of the local cosmetic industries, as fair skin continues to be seen as a sign of superior beauty, quality of life, and wealth.

Naturally Tan retails at $22.39 and is available to shop here.