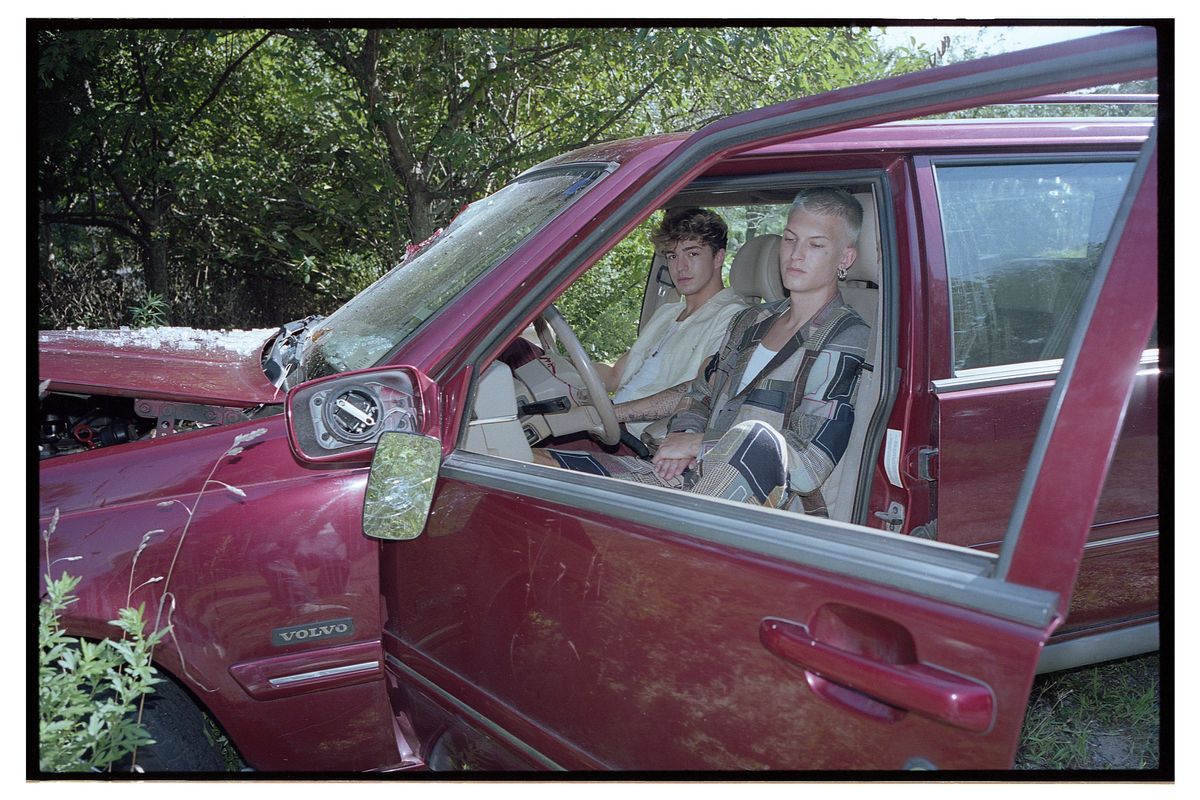 Surf Mesa has finally debuted the music video for "Somewhere" — his collaboration with PAPER favorite Gus Dapperton — and it's a scintillating, out-of-body experience.

Sonically speaking, the track itself is a sleek and strangely euphoric break-up song which proves that you don't necessarily have to wallow in misery post-split. And though they recorded it separately, Surf and Dapperton recently came together to film the video together — to unexpected (and undeniably eerie) results.

"It was amazing to be able bring this video concept to life with him on the East Coast," as Surf Mesa told PAPER. "Upstate NY brings such a breathtaking vibe to this video; the deep greens and the haunting old house help convey the ethereal atmosphere of the song. Not to mention it was my first time in New York and my first official music video."

Starring Surf, Dapperton and model Havana Liu, the video follows the trio as they spend one night in purgatory following a car crash. And while the visual is completed by lots of low lighting and the aforementioned spooky house, like the highly stylized '80s thrillers it draws its inspiration from, there's a twist — though you'll just have to stick around until the end to find out what it is.

Check out the video for "Somewhere" and our exclusive behind-the-scenes photos by photographer Landon Yost.