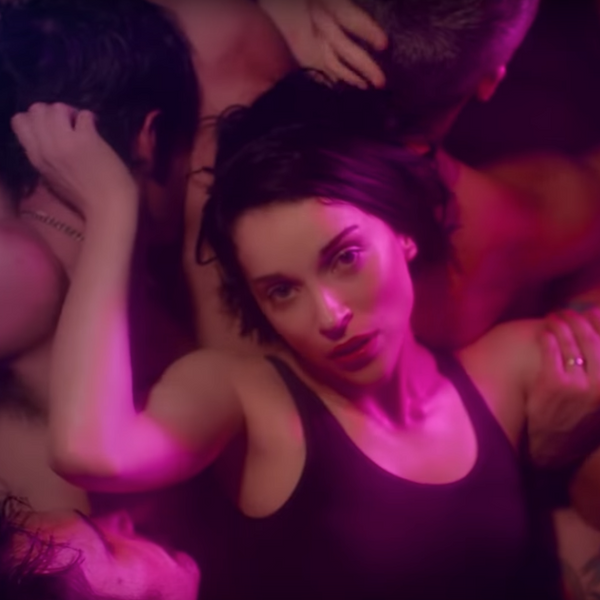 St. Vincent Swims in a Sea of Men for 'Fast Slow Disco'

If you, like us all, have been holding your breath to see queer indie-pop icon St. Vincent float on a sweaty sea of leather-clad gay men, the time is now.

In the visual to accompany her take on Masseduction's "Slow Disco" (renamed "Fast Slow Disco"), Vincent navigates throbbing lights and limbs to party the night away in a New York City gay club. The track can apparently be credited to Taylor Swift, who recommended producer Jack Antonoff team up with the songstress for the rendition. As for the video, naturally, it's sexy as hell.

"I always felt this song could wear many different outfits and live many different lives," St. Vincent said of the video's inspiration. "Here she is in disco pants, sweating on a New York dance floor."

Check out the sultry visual below and pray the DJ has the sense to play "Fast Slow Disco" next time you're on the town.