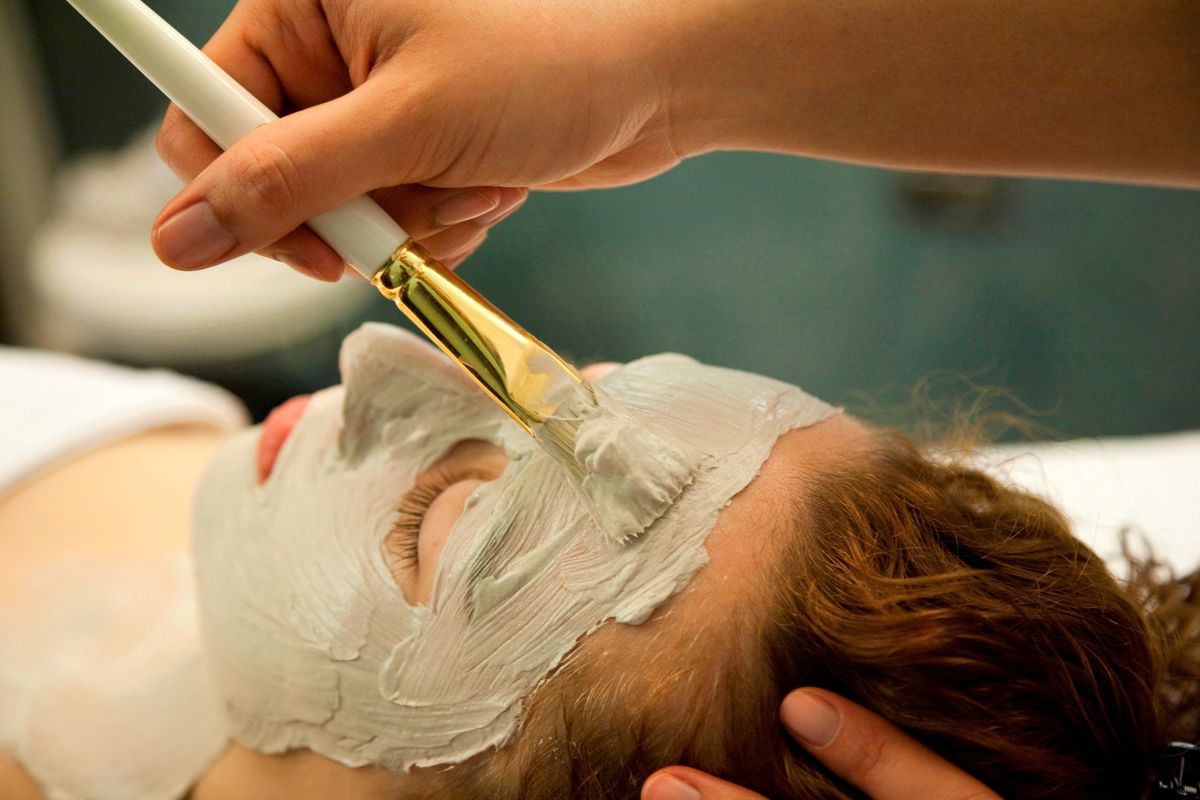 Diving Head First into the Sticky History of Semen in Beauty

When it comes to many expensive, invasive or just plain bizarre beauty treatments we are faced with an age-old question: is the juice worth the squeeze? Just because you heard from a reliable friend with a reliable friend who has a loose connection to Gwenyth Paltrow that slathering your body in freshly-made jelly and sitting in the fridge for four minutes is the key to great skin, does that mean it's worth it? Maybe. Maybe not.

One of the weirdest and wildest (and messiest) of them all is spermine beauty treatments, the act of putting semen on your face and hair for anti-aging and hair vitality, which held the nation's attention several years ago. Just like Kim's vampire facial, it quickly became written-off as one of the more stranger fads to hit the beauty industry, but that doesn't mean it faded away completely. There are still salons that offer treatments involving semen, and of course, a Cosmo writer that reported positive results and many people foraging for answers on forums as to whether it will help acne. Even Liz Phair claimed her flawless skin was a result of her sex life, more specifically, "facials." But what benefits does it really have?

Related | The Best Snail Slime Products For Your Face

Spermine, a polyamine found in semen that contributes to the odor, in particular, was originally sold as being chock-full of protein, minerals, antioxidants, culminating in a acne and aging solution. However, as recently revealed, there isn't enough of any of this good stuff to actually help your skin when applied topically. Furthermore, if you're hoping to avoid the steep price tag (the facial treatment is usually around $250) a little DIY with your lover, you might to think again.

A Beverly Hills dermatologist went on record several years ago to discourage couples, monogamous or otherwise, from sperm facials for aesthetic reasons — particularly because your partner may have an undiagnosed STI, which can be transmitted directly into your eye, nose or mouth. As in, chlamydia in your eye, which isn't cute. Oh, and some people may be allergic to it.

"Moisturizers, Botox, surgery, peels, and lasers fall down the list," he said, "and at the very, very bottom — right next to voodoo, a lucky rabbit's foot, and just keeping your fingers crossed — are semen facials."

Related | 7 Fitness Bloggers Who Won't Make You Hate Yourself

Ok, so no to skin... but what about hair? Well, that might just be a different story. According to the US National Library of Medicine
National Institutes of Health, when applied to the scalp, spermine has the capacity to "promote hair shaft elongation and prolonged hair growth" — i.e. get that Kimmy K-level extension hair, IRL. After a six-day experiment in 2011, scientists described the effect of spermine as "maximal," and saw 20% increase in hair shaft production. Impressive. Also, of course, scalp application is significantly safer than throwing sperm at your face, where it can enter your body via the various holes available. Hair-loss sites are already frothing at the notion of it and from what we can tell, so far, there's no evidence of the latter.