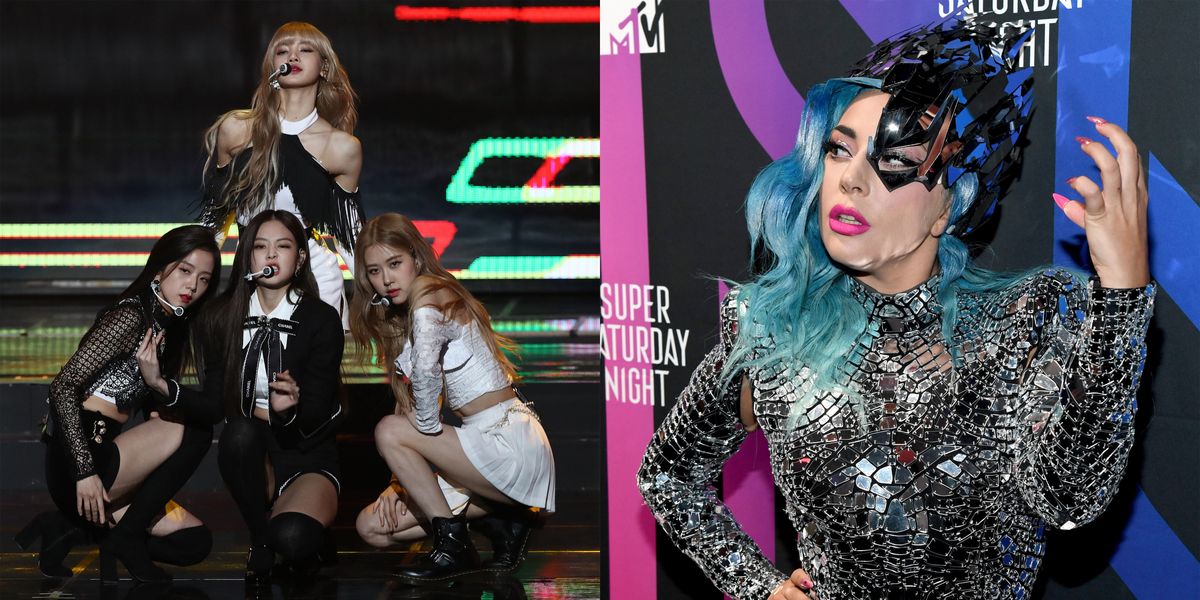 It's been only two days since Lady Gaga released her long-awaited collaboration with BLACKPINK, and it's already broken all the records.

BLINKS and Little Monsters definitely showed up for their faves as "Sour Candy" — which dropped a day before Chromatica — had the biggest debut by a girl group in Spotify history. On the day of its release, the song was number six on the streaming service's global chart, with over 3.67 million streams. It also reached the top of iTunes charts in 52 countries on Thursday.

And even without a music video, the dance-pop bop broke the record for the biggest debut of an all-female collab on any video platform, per Forbes. The audio upload on YouTube got over 21 million views within 24 hours of its drop, and by Saturday it already had over 32 million. The record was previously held by Miley Cyrus, Ariana Grande, and Lana Del Rey's "Don't Call Me Angel" music video.

"Sour Candy" is Lady Gaga's third Chromatica single, and BLACKPINK's first release since they dropped the Kill This Love EP. Listen to the song, below.