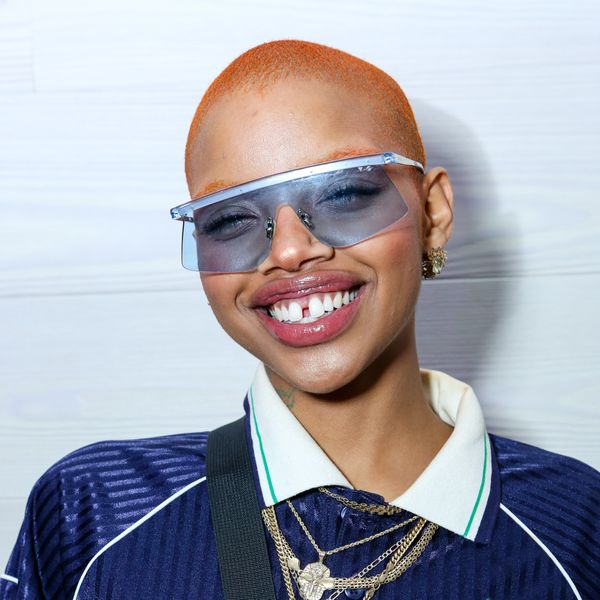 Celebrity baby announcements have been coming thick and fast, oftentimes upending what society has long-believed to be the traditional route of adulthood. Kylie Jenner announced she was having a child weeks after she turned 20, and now rising model and Fenty muse, 21-year-old Slick Woods, has revealed she is also expecting.

Woods shared the news via Instagram, posting several pictures where her bump is on display, including one image where she is craddling her round stomach. She accompanied the update with the caption "In good company" — presumably referencing her unborn child.

The young model also used the post as an opportunity to correct a fan conflating her sexuality with her desire to have children (Woods is openly bisexual). "To think we live in a world where people still confuse sexuality with reproduction," she replied, adding "grow up."

No doubt with Woods and Bosso for parents this baby is going to be as cool as they come.