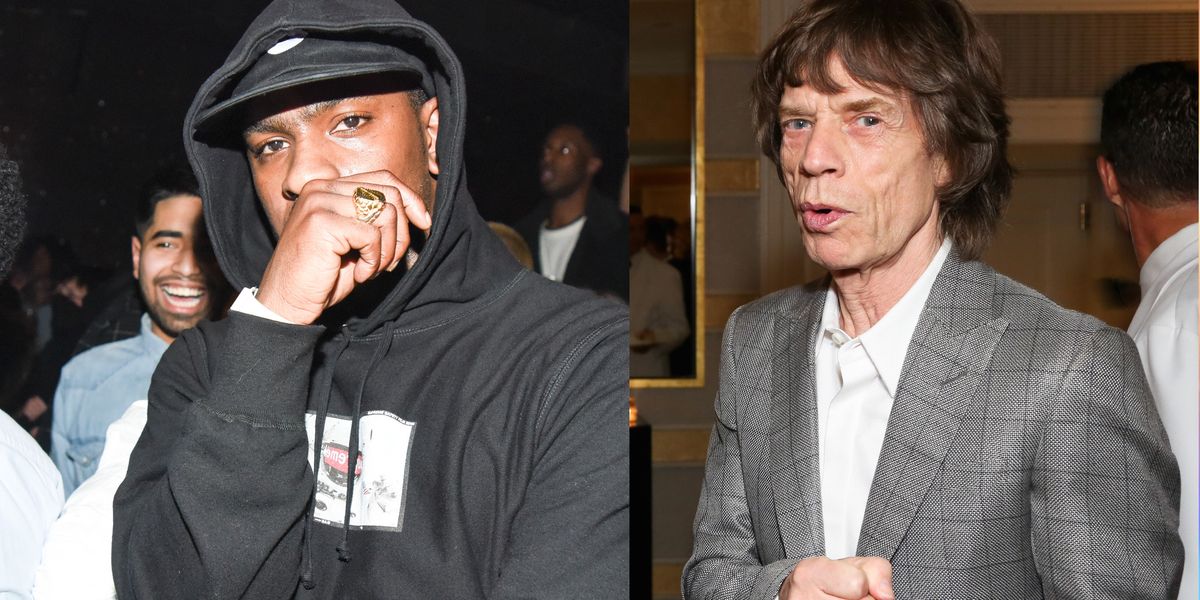 Prepare Yourself for a Skepta/Mick Jagger Collaboration

British rock legend/founder of the Rolling Stones Mick Jagger and British MC/grime master Skepta seem to be cooking up something for the kids in the studio.

Midnight Studios founder Shane Gonzales posted a photo of the two artists together with the caption, "Skepta and Mick Jagger, London 2017. (One of the most inspiring days of my life.)" In the photo, Skepta appears to be listening to Jagger gives notes on something. It's very student/master/Mr. Miyagi.

It would be easy to say this photo officially marks Skepta's arrival in the pop culture mainstream, but that moment may have already passed with his excellent interlude on Drake's More Life (not to mention winning the 2016 Mercury Prize for his Konnichiwa LP).