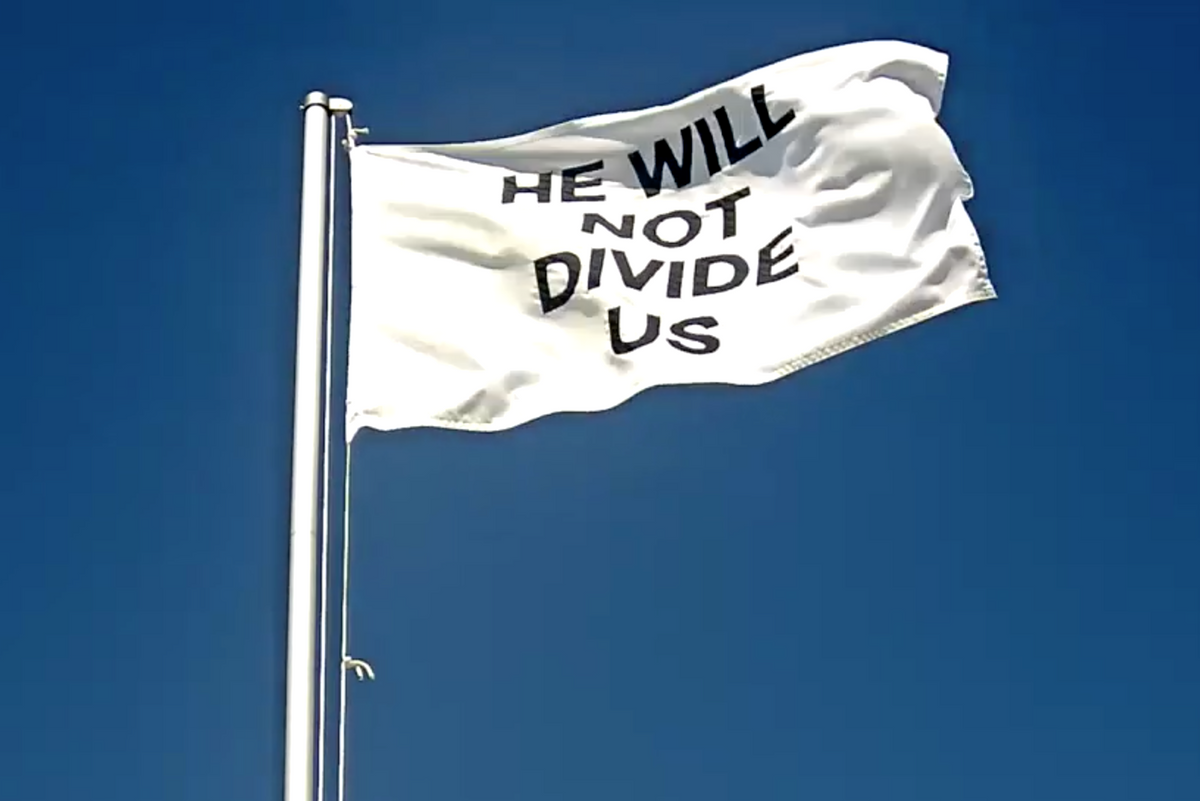 UPDATE: Turns out the secret new location of Shia LaBeouf's HE WILL NOT DIVIDE US project is no longer a secret, due to a psychotic level of effort on behalf of one hardcore Trump stan on 4chan. Yesterday, a video emerged of an unknown man taking the flag down, and replacing it with a 'Make America Great Again.' Oh for the love of...

Today, the blog Get Riced shared the means by which these dogged ding-dongs discovered the mystery location of the flag, and it involves flight paths, star movements, and somebody just driving around the countryside honking in the hopes that it would be picked up on the stream. Here's a preview of what we're up against here:

The live stream of the flag currently shows an empty flagpole.

Shia LaBoeuf, Rönko and Turner's anti-Trump art project, HE WILL NOT DIVIDE US has been bedeviled with Trump trolls and nazi-punching incidents since it went live at The Museum of The Moving Image New York City on Inauguration Day. The intention of the project was simply to have ordinary citizens to look into the webcam and say "he will not divide us," but the project drew so much conflict that the Museum of the Moving Image had to shut down the stream over safety concerns.

Then the project moved to a wall outside the El Rey theater in Albuquerque, New Mexico, but was shut down AGAIN after several days when shots were fired in the area.

Now, according to a statement on the project's website, the feed has gone live again from an unknown location. Because of these previous conflicts, the project is no longer participatory. It now just consists of a white flag, emblazoned with the words "he will not divide us."

See that flag flapping in all its glory here.