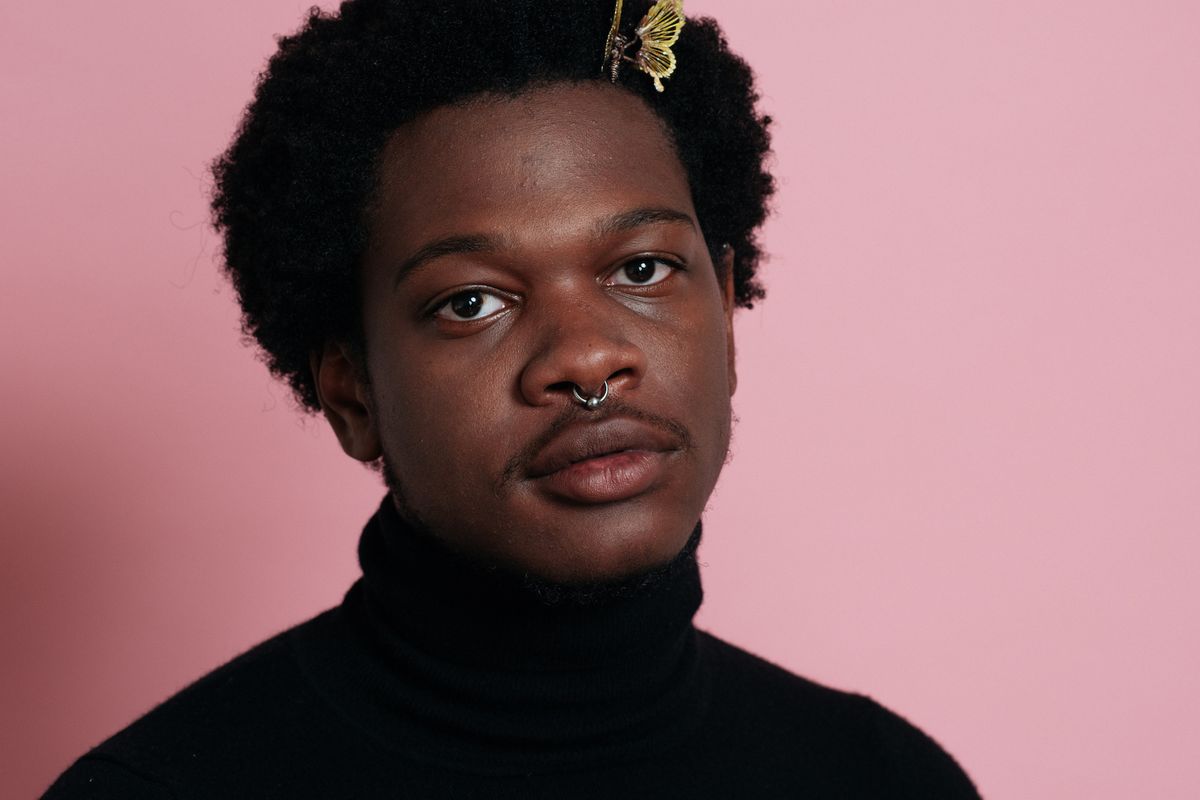 Shamir Bailey's latest album Revelations almost didn't happen. Over the phone, the 23-year-old singer-songwriter's cheery demeanor and the bubbly "totes" he uses as an affirmative throughout our conversation would never lead you to believe he's had a rough go of things. But the truth is, you can't tell what people are going through, and sometimes it takes seeing that person on the other side to realize it. After the success of his 2015 debut Ratchet, Shamir seemed like he was on the clear path to music stardom. But after a lightning fast rise, he felt he'd become pigeonholed as a pop artist, something he didn't want to be. Feeling the weight of these expectations—and limitations—along with pressure to top his debut, he began questioning whether or not he wanted to continue pursuing a career in music.

In an effort to find happiness once again, he left L.A. for Philadelphia and spent time taking care of his mental health, going into therapy and even in-patient treatment. Shamir liked the idea of being a pop star, but not what it actually meant. He missed his anonymity and the freedom to create art that was outside of industry limitations. Earlier this year, he decided to embark on an entirely self-made and self-released project, the result of which was Hope, which he released via Soundcloud this past April. He initially thought the album would be his last but in owning the entire process of creating, recording and releasing Hope, Shamir found his passion for music once again and started thinking about his next move.

With interest from Father/Daughter Records, Shamir decided to get back in the game—but on his terms. Earlier this month, we got the chance to hear what this re-inspired Shamir sounds like when the artist released Revelations, a lo-fi, introspective record that is the antithesis of his upbeat debut. Revelations, which came out on November 3, weaves together themes of anxiety, frustration, and ultimately catharsis, with fuzzy guitar riffs and clever sharp wordplay. And now, finally content in his artistic growth, Shamir talks about leaving the pop machine behind, the importance of mental health and his affinity for '90s alt-rock.

How did you get out of the pop machine? "On The Regular" was the song that everyone heard all over in 2014 and solidified the kind of artist people thought you would be.

One of the first major things is get out of L.A. I had never lived in L.A., but I lived in it for months and months on end. I wasn't liking it. I wasn't liking the fact that I didn't know any normal people. Everyone I knew out there was in the industry in some way, shape or form. I don't like the same kind of people in the same kind of professions around me all the time. I went back home, which was Philly for me, and I hid away. I reevaluated myself, what made me happy and what I wanted to do. By the time I did that, the XL Recordings thing dissolved. That's how I successfully broke away I guess.

It definitely wasn't any bad blood, but it was like I don't want to do this again. Honestly it was nice of them to not keep me trapped in something I didn't want to do and just let me go.

You were thinking about quitting music, right?

What brought you back to a place where you wanted to make music?

It happened in the week we were putting Hope together. I was on the legs of finishing a record I had made with close friends in Philly. The person I was making the record with got cold feet at the last minute when it was pretty much done. He kept wanting to do small things I wasn't agreeing with. He came to a point where he was like, "I'm not going to release this. I don't want to release this." I was really frustrated because I try to collab, work with people and compromise as much as humanly possible. I had already scrapped two albums worth of stuff. I thought Hope would be my last word: something I did completely myself, wrote myself, played everything and mixed everything. At least if it was going to be the end of my career, at least I was going to give people something that was 100 percent from me.

With your record you dropped for free, at what point did it open new doors for you?

Just when people seemed to like it, which is what I wasn't expecting. But it was also very encouraging for me because people do react to sincere things despite recording quality or machines. It was really gratifying for me. The support for the album was major. I just uploaded it to Soundcloud and then Vinyl Me, Please wanted to press it and made vinyl pressings of it. It was just a nice, cool thing. From there, Father/Daughter Records was very supportive of it so I was like, "Yo let's release a record together." And that's how Revelations came about.

How did you end up on the title Revelations?

I wrote it in a time where I was learning so much about life, myself, the people around me and the world around me. The record is about a bunch of revelations. It's a sister record to Hope, which is why I released it in the same year. It's an answer record to Hope. Where Hope was me struggling and hanging onto the little hope I had, Revelations is answering a lot of those questions I had on Hope. They're all connected in that way. All of those songs are the soundtrack to my life. I was really reading my diary to be honest.

How did you get those answers to Hope?

I think stepping away and getting healthy. I spent some time in a psych ward in in-patient treatment and learned a lot about my mental health and myself. After that, I went home to Las Vegas and spent the summer there. I became one with myself and reevaluated the things that make me happy and what I want out of life.

Have you always dealt with mental health issues or is that something that surfaced last year?

Yeah. I definitely was questioning, but it never affected my life in a major way until this year. When I did question my mental health, people were like, "You're overreacting" or "You're being a hypochondriac" because it wasn't affecting my life in a direct way. But things fester, and when it does come out, it can be harmful. I'm just glad that I can get the answers and get the help I need. I have a wonderful therapist now. I feel more mentally put together than I've ever felt in my life.

What were you listening to while making Revelations?

A lot of '90s alternative rock music. I listened to a lot of Hole, this band called Click Babies a lot. I listened to them a lot when Hope was recorded—I ended up covering "Rain."

What advice would you give to someone who was on a track to pursuing a specific path in the music industry and wanted to take a step back and re-evaluate?

If you weren't going to pursue music anymore, what were you planning to do?

I was going to go back to school. Probably for culinary [arts]. I still definitely would like to [pursue that].

At this point, do you care about the success of Revelations?

It's not competitive for me anymore. I'm just happy to have a platform and a voice. I'm just happy to have that platform to put music out and touch on a lot of things that aren't touched on in music. My music is inclusive about a lot of things that aren't inclusive in music. My first single "90's Kids" is [about] millennial struggles which is a big thing that I see a lot of my friends and other people struggling with, but you don't see it talked about much in media or music. So, I wanted to touch on that in my own way. That old saying "Be the change you want to see in the world"—I wanted to see something about that in music. And it happened.