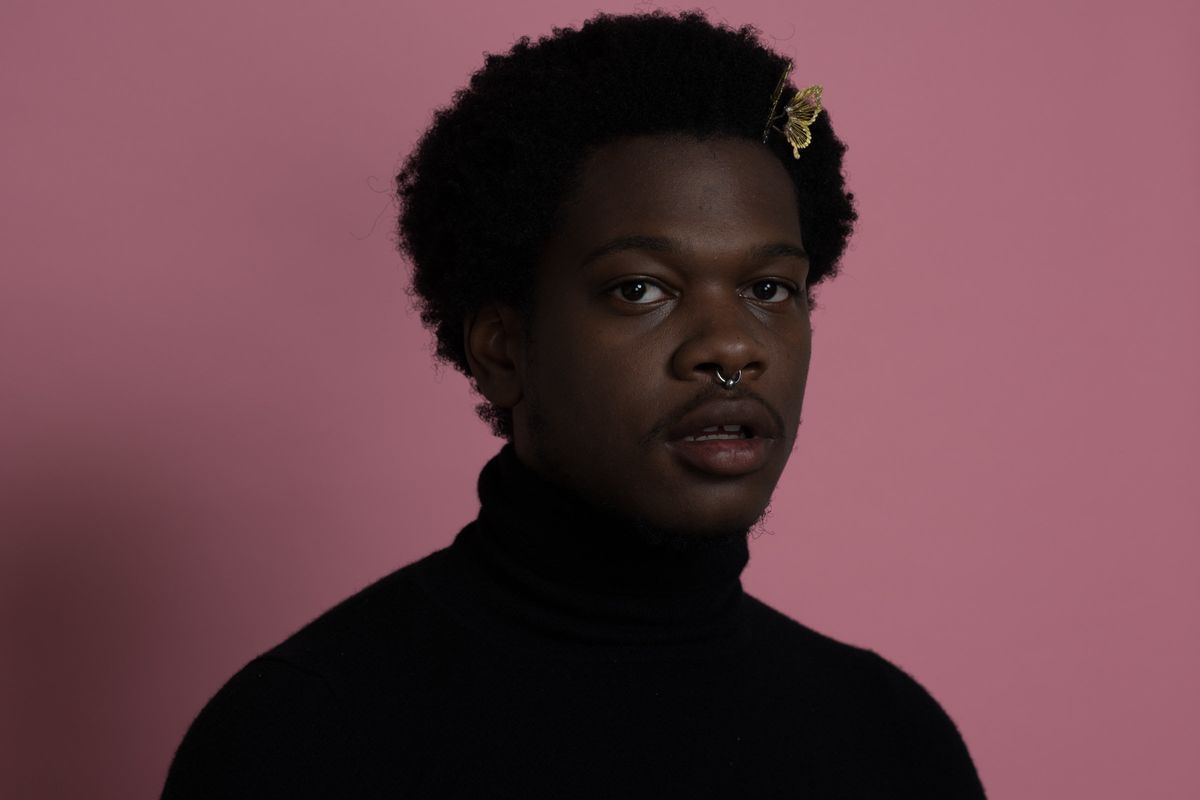 Shamir Is a Folk Legend and Youth Champion All at Once

Trust us: we were just as shooketh as you when Shamir dropped his stunning fourth album, Resolution, in the dark cloak of night earlier this year seemingly from the heavens.

Now, the singer-songwriter, who has built a career on his unflinching commitment to the truth — Resolution single "I Can't Breathe" details Eric Garner's last moments and words while being forcibly asphyxiated by an NYPD cop, among other tragically similar recent cases — is paying homage to underrated Black queen of folk, Odetta, and legendary documentarian of youth culture, Larry Clark. As such, Shamir's video to "Larry Clark" pulls direct inspiration from Odetta's "Waterboy" performance video, where the singer, who once covered Bob Dylan classics, is shown singing and playing guitar in a simple frame shot with a grainy lens.

Shamir keeps the visual set-up faithfully similar to Odetta's, allowing the powerful lyrics and music of "Larry Clark" to speak for itself. See the PAPER premiere of Shamir's new video below, and read on for a short interview about the work's primary influences.

What can you tell us about your relationship with both Odetta and her music, and Larry Clark's films?

Odetta has just always been a huge influence on me for most of my life. She's just life! As far as Larry Clark films, I've just always been a fan. His films have a voyeuristic quality to them that I love, and I love how he depicts the bittersweet [moments] of life.

As an artist, your music has always felt intersectional and accessible. "Larry Clark" speaks to the disaffected youth culture highlighted in the director's films. With that in mind, what does this song mean to you, and who might you hope to reach?

The song to me is about how Clark's films makes me feel better when I'm down. His films contain so much angst and sadness in such a bold way that it makes me feel less alone. Feelings of angst always feel so alienating in so many ways, so there's something comforting for me to see some of it played out on a screen without all the fluff.

"As a Black artist myself, my sole and main ambition is to be as genuine as I can in hopes I can inspire someone in the way Odetta inspired me."

What I love about your being inspired by Odetta is that she was both a powerful civil rights leader, hailed by many in the movement as the queen of folk. This flies in the face of what we're often taught about folk music, that it's a narrative mostly led by white people. How does knowing this play into your decision to pay homage to her?

Well like I said, Odetta is just life. Odetta inspired Bob Dylan of all people and to think that she's only hailed as the queen of folk by many is a shame, because in a perfect world, she would've been hailed the queen of folk by all, but we all know why that's not the case. As a Black artist myself, my sole and main ambition is to be as genuine as I can in hopes I can inspire someone in the way Odetta inspired me, despite being underrated and underrepresented.