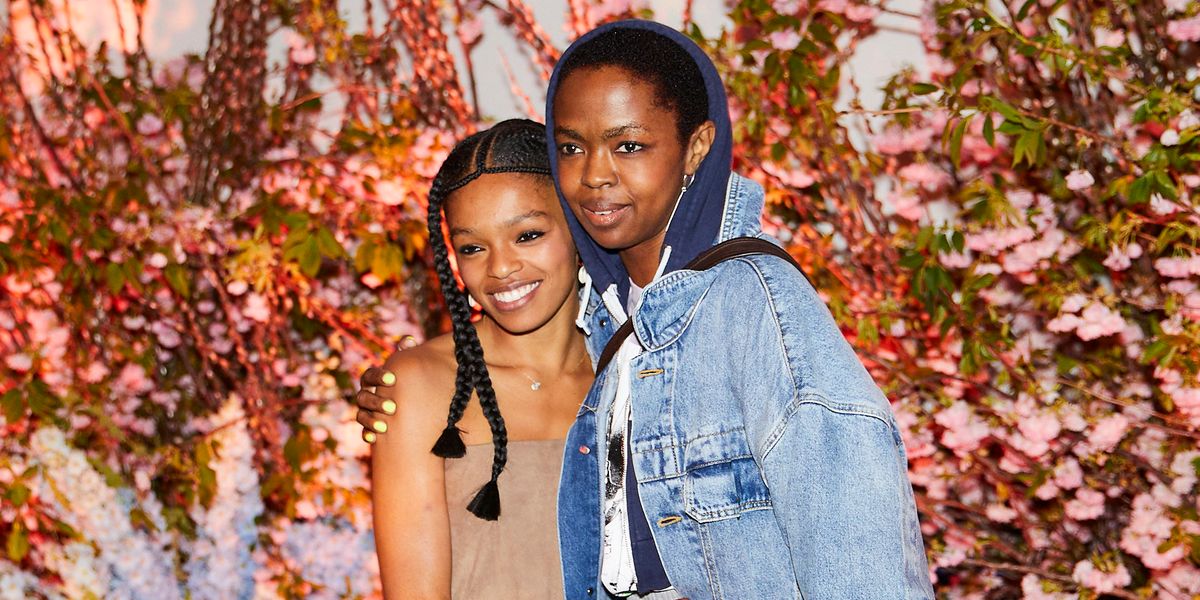 Selah Marley's 'A Primordial Place' Is a Lush Oasis

Walking into "A Primordial Place," the new installation from multi-disciplinary talent Selah Marley, is an experience that can only be described as abundantly fresh. Leafy arms prod at and around flower-filled tunnels that lead attendees into a gigantic room with hidden nooks of foliage and grass-covered platforms. The setting is accompanied by music that modernizes such a space seeking an absence of a digital presence — the WiFi coincidentally doesn't seem to work inside — with gurgling bass lines and echoing vocals from music's biggest names.

Instagrammable outlooks, packed full of gorgeous flowers and leaves, attract a crowd fascinated by the sheer size of the event. Marley is the daughter of Lauryn Hill, the everlastingly poignant songwriter and rapper, so it comes as no surprise that the installation is similarly poignant. During the accompanying performance, each point of the toe and bend of the arm made by dancers was dignified and flowing. Marley's vision was enduring, or very plainly, as Hill remarked to me at the opening, "Apple off the tree, you know?"

"She's so motivated and so passionate," Hill says of her daughter after the main performance had ended and photographers had retreated. Marley's passion shows in the details of the event, from her friendly approach and outreach to friends, family, and the press upon its beginning, to her proud stare when dancers began engulfing the crowd in her story. No stone was left unturned, and no massive tree was left ungarnished.

The dance performance that occurred during the press preview was something of a dream, as well. The most satisfying irony of Marley creating such a pre-digital world for an audience to bask in, yet still recognizing the Instagrammable aspect of such an installation, can be found in the casting process for the dance. "I put up an Instagram thing, like, 'Hey, I need dancers!' I held an audition and these were my favorites. And they are obviously so, and respectfully so, amazing," Marley smiles, proud of the large-scale performance.

Marley describes starting out with a base foundation, with all of the intricacies being built out from a story she wrote. Despite having accompanying writing to explain the piece on a larger scale, Marley says, "I feel like 'A Primordial Place' speaks for itself because it's just this tropical, primitive world."

Creating such a world was no easy feat, either. Marley was still working on putting the set together up until the very last moment, saying, "We had two days, people walked in and we were still working. So it took a long time. The end result, however, is so sublime that it looks like it has been in place since the beginning of time — a compelling translation from the story being told.