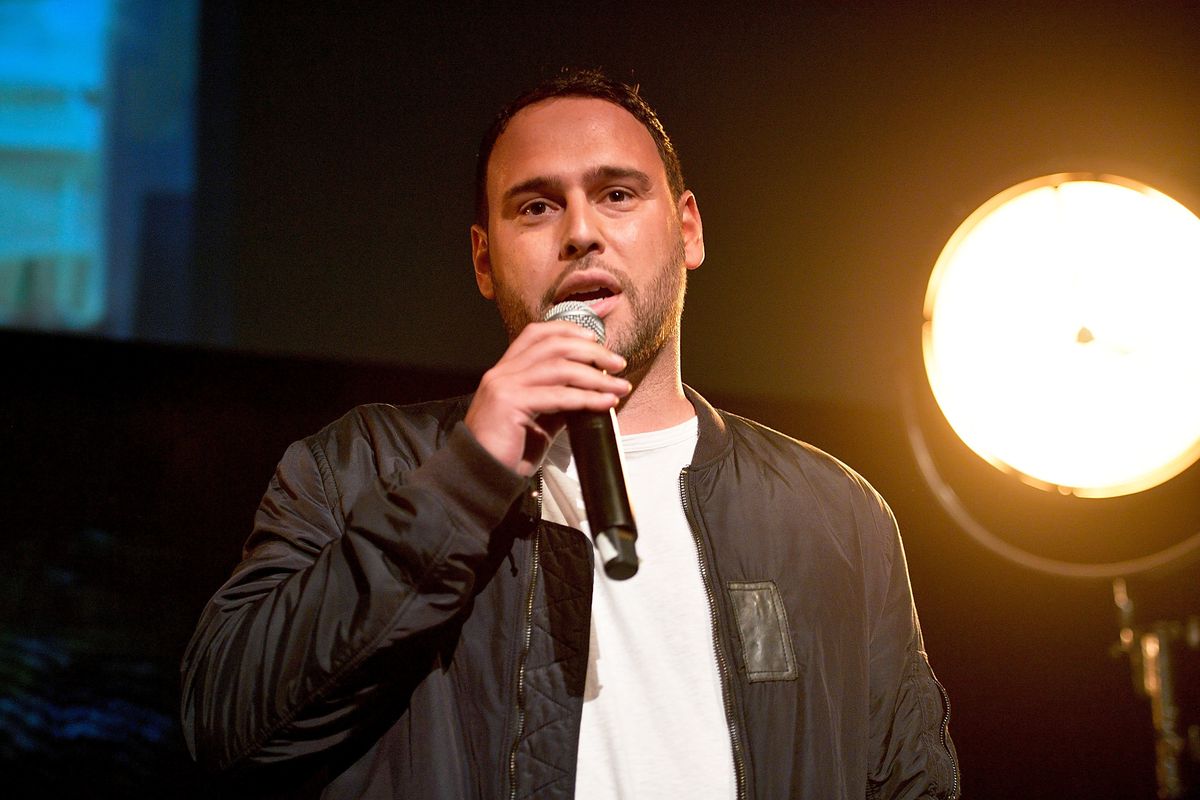 Taylor Swift and music magnate Scooter Braun are at war, and there's no peace treaty in sight. If you'll recall: Braun recently purchased Big Machine, the Nashville-based music label under whose contract Swift recorded six studio albums before signing with Universal last year. This gives Braun ownership of Swift's lucrative master recordings, which she perceives as a slight, due to Braun's alleged history of bullying her over that whole Kanye West "Famous" lyrics thing. (Braun was West's manager when he infamously referenced Swift in the song's lyrics and video.)

Since writing the angry Tumblr post accusing Braun of gaining unfair access to her life's work, Swift has kept fairly quiet, though she did shadily reference the beef during her Amazon Prime concert in New York City. Braun has been completely silent up until today, when he used evil Russian identity-stealing conspiracy FaceApp to slyly joke that the past two weeks have "aged" him. I see you, Scooter!

Scooter Braun on Instagram: “Last couple of weeks have really taken a toll on me 😁”

Fairly innocuous, as you might expect. Braun, after all, has been trying to take the high road. (This entails: getting your wife to write a long post about how good of a person you are.) Sadly Swift is yet to use FaceApp, or feature on the @Oldcelebslol grid. But one doubts the past two weeks have brought her down much — drama does seem to make her stronger rather than weaker.

Meanwhile Kelly Clarkson, alongside numerous Swifties, is encouraging Taylor to simply re-record all her hits so she can own a new catalog of masters. I have a feeling Big Machine's legal department would have something to say about that, but… worth a shot?