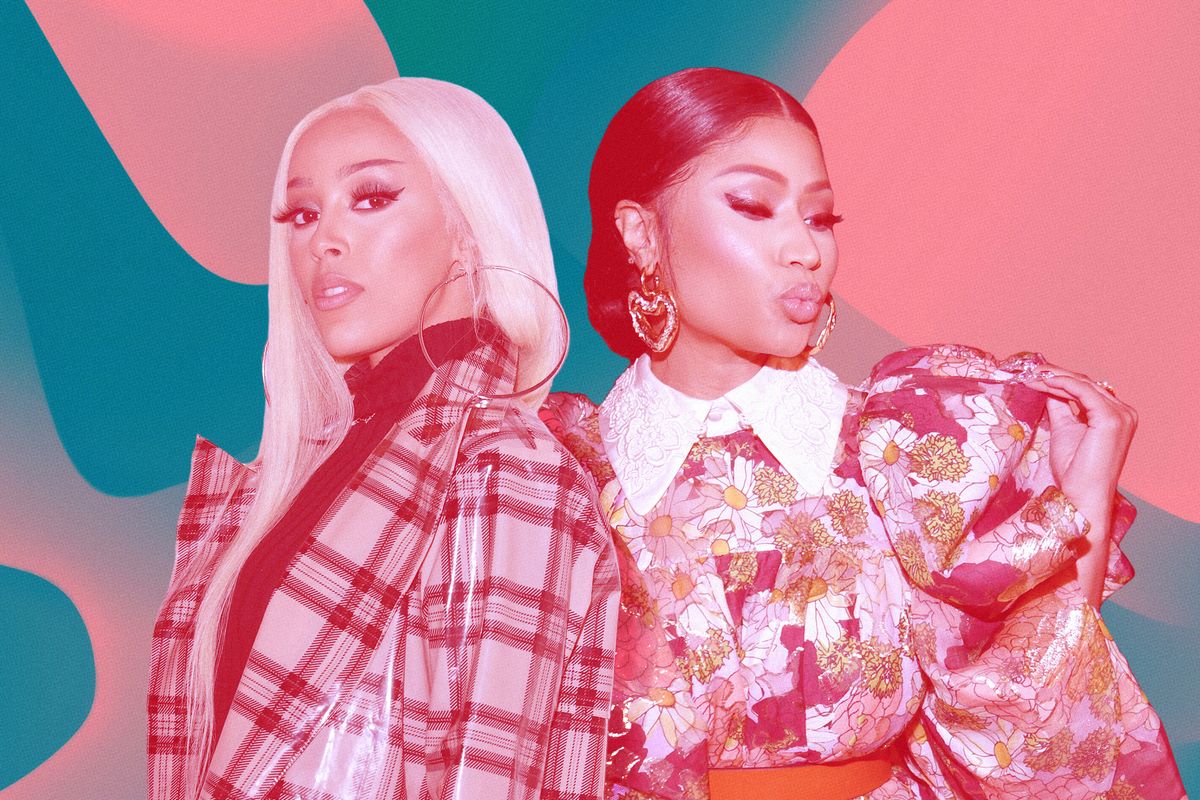 Doja Cat and Nicki Minaj Go No. 1 With 'Say So'

Doja Cat and Nicki Minaj fans alike, let us rejoice. "Say So" just went number one on the Billboard Hot 100 chart — but after buying multiple copies, you were probably expecting that, right?

In what will likely go down as one of the most highly anticipated chart reveals of all time, second only to Lil Nas X's big win with "Old Town Road" in 2019, Doja Cat's "Say So" remix beat out Megan Thee Stallion's "Savage" remix featuring Beyoncé for number one this week. Fans across social platforms were begging and pleading for their fave to win out all week. While there was some unity amongst fandoms throughout the streaming wars, it was mostly heated competition. From streaming the tracks on several devices to requesting the song on every radio station known to man, Barbz and Beyhive members were ready to back up the new songs at all costs.

While there will certainly be some disappointment over Megan Thee Stallion's "Savage" clocking in at number two, no one involved has cause to be truly upset. Nicki and Megan have been publicly supportive of each other since their respective release dates, expressing their joy at the very thought of occupying the top spots on the chart alongside one another. The ranking of “Say So" also marks both Nicki and Doja's first Hot 100 number one hit.

Both remixes had significant promotional campaigns behind them, but it ultimately came down to the numbers when evaluating their performance during Billboard's tracking period. It's been publicized that while "Savage" was dominating streaming platforms, "Say So" had managed to secure ample radio play and a large volume of sales. Either way, we're just happy to see the megastars shining at the top where they belong. Stream "Say So" and "Savage," below.