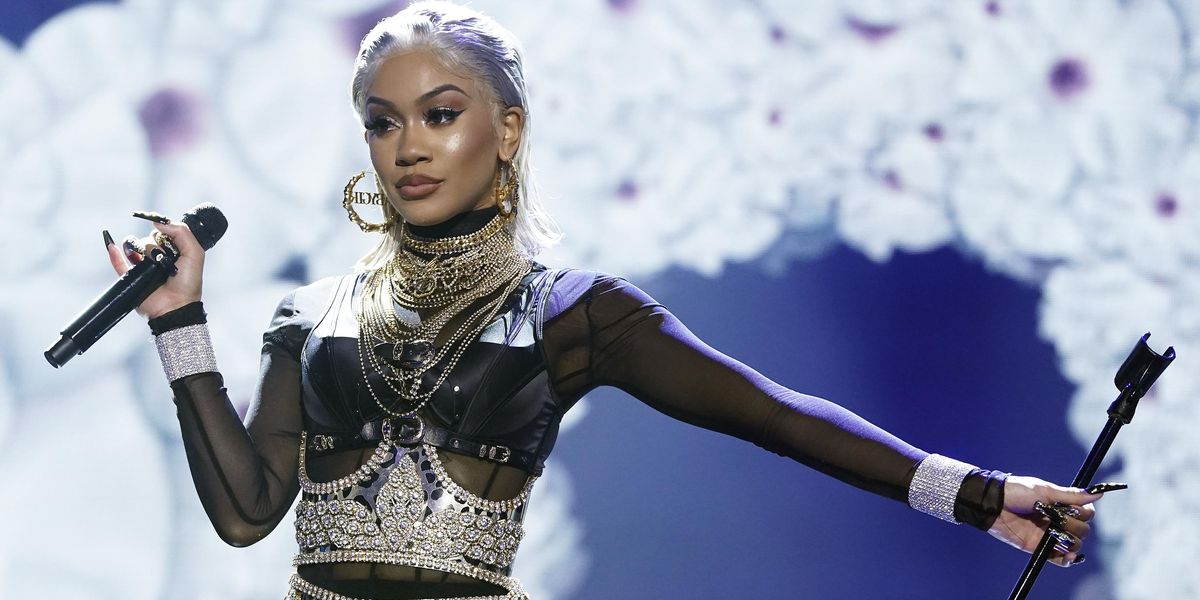 In recent months, Saweetie's become somewhat of a culinary influencer. From slathering her spaghetti with ranch dressing, to creating the infamous "McGangBang," she could host her own show and we'd all tune in just to see what concoction she can think up next. The first step on her journey into the foodsphere? Joining forces with McDonald's to curate a menu of the rapper's favorite items.

And in true Saweetie fashion, the fast food chain is reportedly encouraging fans to "remix" the meal with your own personal spin.

Saweetie's new meal is the latest iteration of McDonald's celebrity collabs and their success probably indicates more engagements in the near future. Back in May, the company collaborated with BTS to create the BTS Meal, which included 10 Chicken McNuggets, medium fries, a Coke and sweet chili and cajun sauces.

Prior to BTS, both J Balvin and Travis Scott got their own meals last year. Travis Scott's meal, featuring a quarter pounder with cheese burger with Scott's signature toppings, a medium order of french fries and a Sprite, became so popular that restaurants even saw a shortage in ingredients.