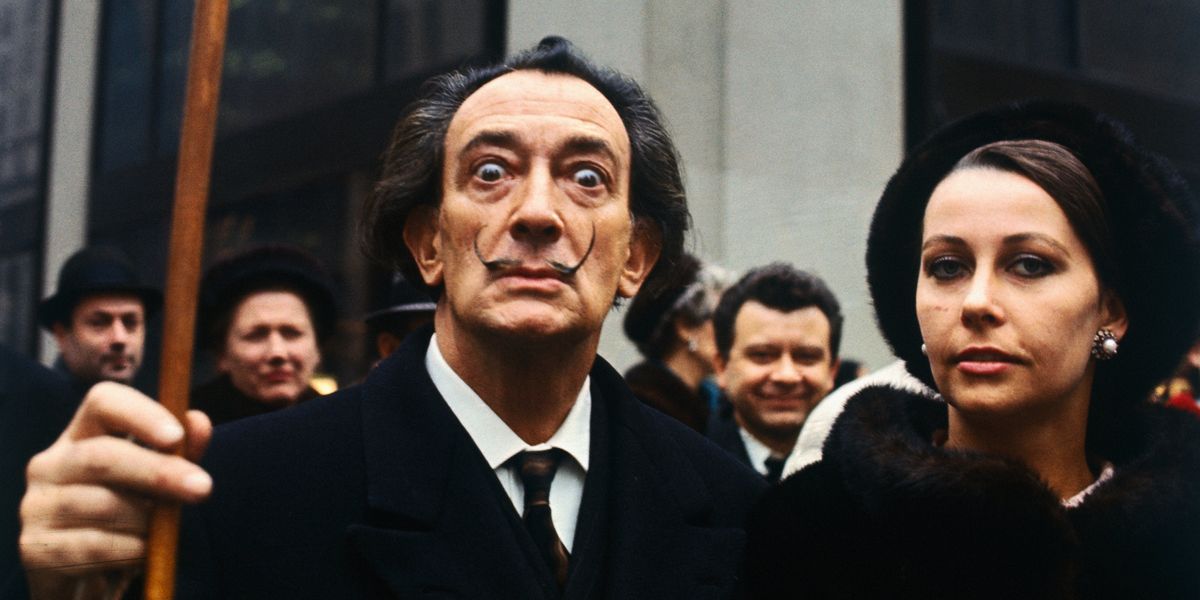 The legendary, late Spanish surrealist Salvador Dalí is most famous for his otherworldly paintings and delightfully nutty persona. Warped landscapes, unusual quotes, and avant-garde film and sculpture make up his rich, constantly unfolding archive. Now, almost 30 years after his death, a forgotten Dalí painting has been found and added to the lot. The work will soon be on display in New York.

According to Artnet, material and signature analysis indicates that Dalí painted this piece in 1932 during his first months living in Spain. "With a forgery, there is always a mistake you can track somewhere. This one, no mistake," Nicolas Descharnes, a Dalí scholar, told Artnet. The painting pays tribute to the artist's wife Gala via its signature, which reads "Gala Salvador Dalí."

The untitled work highlights iconic Dalí motifs that he started incorporating in 1932; a window and a pole. It's seemingly inspired by Dalí and Gala's shared home in Spain where they lived from 1932 to 1982. Descharnes surmises that the painting was a study, a point proven by Dalí's following work, Morphological Echo (1934–36), which uses the same imagery.

The painting is on display by appointment at New York's Heather James Fine Art Gallery.