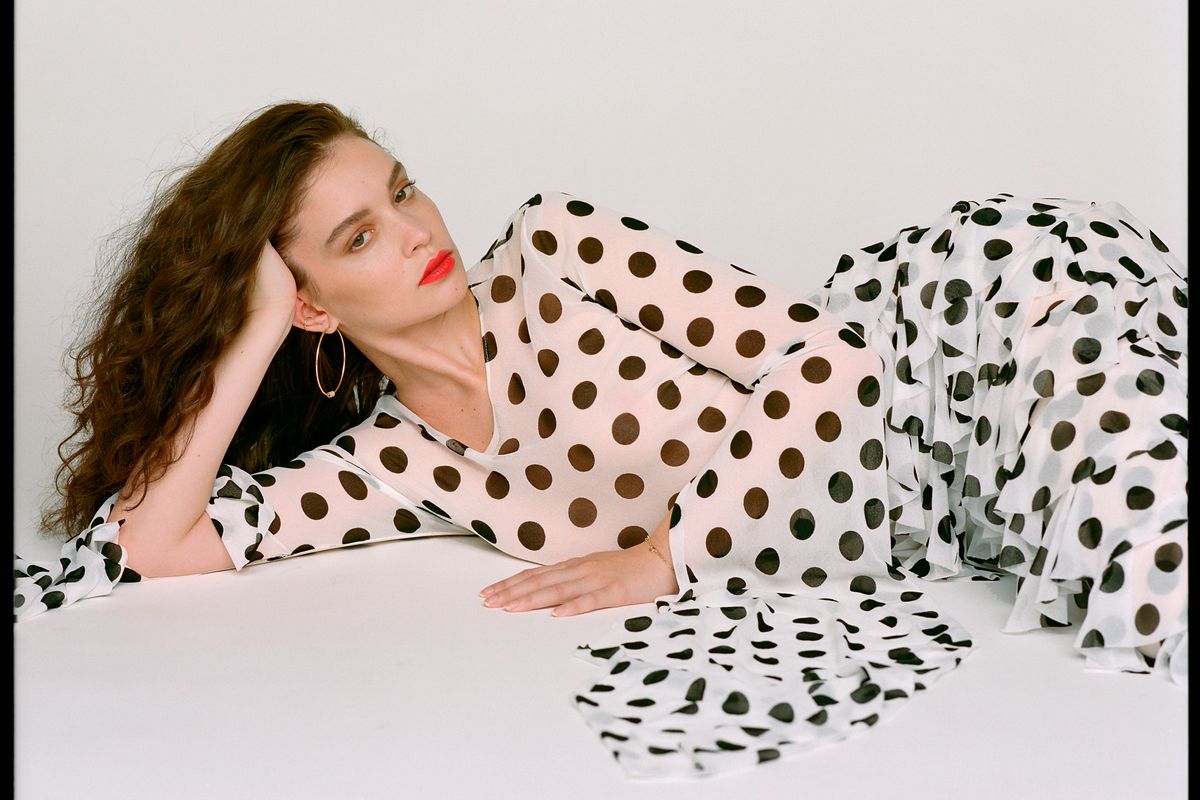 Sabrina Claudio: 'Being Vulnerable Is Not a Scary Thing'

Miami native Sabrina Claudio is part of a rising wave of R&B — a new generation of artists like Jorja Smith, Daniel Caesar and H.E.R. that are racking up millions of streams and expanding the genre's horizons. Like many of her contemporaries, Claudio got her start independently releasing tracks on Soundcloud, growing an audience through word of mouth before eventually getting picked up by Atlantic Records for her 2017 debut, About Time, and teaming up with artists like Khalid and 6LACK along the way.

Claudio's latest album, No Rain, No Flowers, sees her really hone in on her sound. Pulling sultry melodies from lush instrumental grooves, Claudio is introverted but with a steady power behind her voice that keeps her front and center from start to finish. No Rain, No Flowers is a record that wraps you in the safety of its embrace, with Claudio's tender touch reassuring you along way.

In chatting with the young 22-year-old Claudio, she gives off a very "what-you-see-is-what-you-get" vibe. Incredibly earnest and enthusiastic, her focus remains first and foremost on her music — preferring to strip away anything that might detract from it. Even with two albums already under her belt, she already has her eyes on finishing up the next one looking to push herself further than ever before.

PAPER caught up with Sabrina Claudio ahead of her Coachella debut to talk about what to expect from her performance, festival essentials, and songwriting.

How are you feeling about playing Coachella?

I am so excited. I've actually never been to Coachella, so this will be my first Coachella attending and performing.

What can we expect to see from your performance?

My performances are pretty music-based at all times, so I have a full band, a four piece band, and it's just me honestly. It's really focused on the live aspect, because my music has so many musical aspects to it. So when we perform we just want to get that out there. I don't have a big production, I don't have a lot of props, I don't have anything I'm bringing, because I don't want any distractions. People usually know what they're going to see when they come.

Are you planning on any changing anything up since it's Coachella?

Yeah, nothing crazy. I have this fear of technical difficulties considering this is one of the biggest festivals. So anything that can prevent that, any kind of steps, is what I'm going for. Plus it's always been just that with me and it's always worked so it's like if it ain't broke, don't fix it.

Who are you most excited to see?

So this is your first time at Coachella but you've been to festivals before, right?

I've done a bunch of festivals, I've never gone to festivals just to go. I grew up in Miami and the only festival that we had was Ultra, and it was kind of too crazy for me to go to that. I never went, but last year I did about seven, and I think I've done 10 festivals total and I've learned to love them. At first it was a little difficult for me because I don't do well with hundreds of thousands of people, but I've actually learned to love it. Even when the shows aren't amazing they're still a fun experience.

What are some of you festival essentials?

A big part of Coachella is definitely the fashion, do you have any looks prepared for the weekend?

Well I definitely have my performance looks set out, and I feel like I'll have a few options for festival going. But I don't know what to expect. I'm just going to go as I normally dress for festivals and see what happens.

I hear you're back in the studio again...

I've been writing in the studio for about six months. I've gone back to collaborating with a bunch of songwriters, and more producers, and it's been an incredible experience. I'm almost there at the finish line in terms of when I'm ready to release more music, but I'm in this really great headspace right now and I just really want to take it to the end.

It really varies depending on the day and who is in the room. Obviously, when I work with somebody new we just collaborate on our processes. But when it's just me, and when I'm in the room with a producer and I'm the only writer, it depends. Sometimes I go in the booth and freestyle to whatever we're creating. I'm also very involved in the production process. But once we're done creating that part I go in and I freestyle sometimes, and sometimes I'll just sit and write before I even know any melodies. Sometimes it's both at the same time.

In what ways does this new work differ from your previous stuff?

I think inevitably it will always have some similarities to my past projects because vocally and melodically I tend to stay in the same realm. But because I've been collaborating with other songwriters, and other females, I have more stories to tell. They usually go in the booth and give out their ideas, so I incorporate their world into mine. That's probably the most different, and you'll be able to tell —even rhythmically and my melodies are different this time around.

You mentioned that you were in a pretty positive place, but was there anything that really challenged you throughout this process?

For me, songwriting is a very personal thing and it takes a lot of my energy. I got really lucky this time around and I actually had great experiences with all of these writers. I think it was because I opened my mind a little bit and was like You know what, let me go into these sessions expecting the best, and it always ended up being that way. When I write I'm just a very introverted and private person, so it's hard for me to be able to sit there and express myself and anything that I'm feeling and just open myself up completely. With these songwriters that I have been working with and who have created some amazing songs with me, they've made me feel so comfortable to the point where all of the fear I had went out the window. They opened my eyes, they opened my mind, and helped me realize that being vulnerable is not a scary thing.

Anything you wanted to say to your fans before we go?

Stream Sabrina Claudio's No Rain, No Flowers, below.