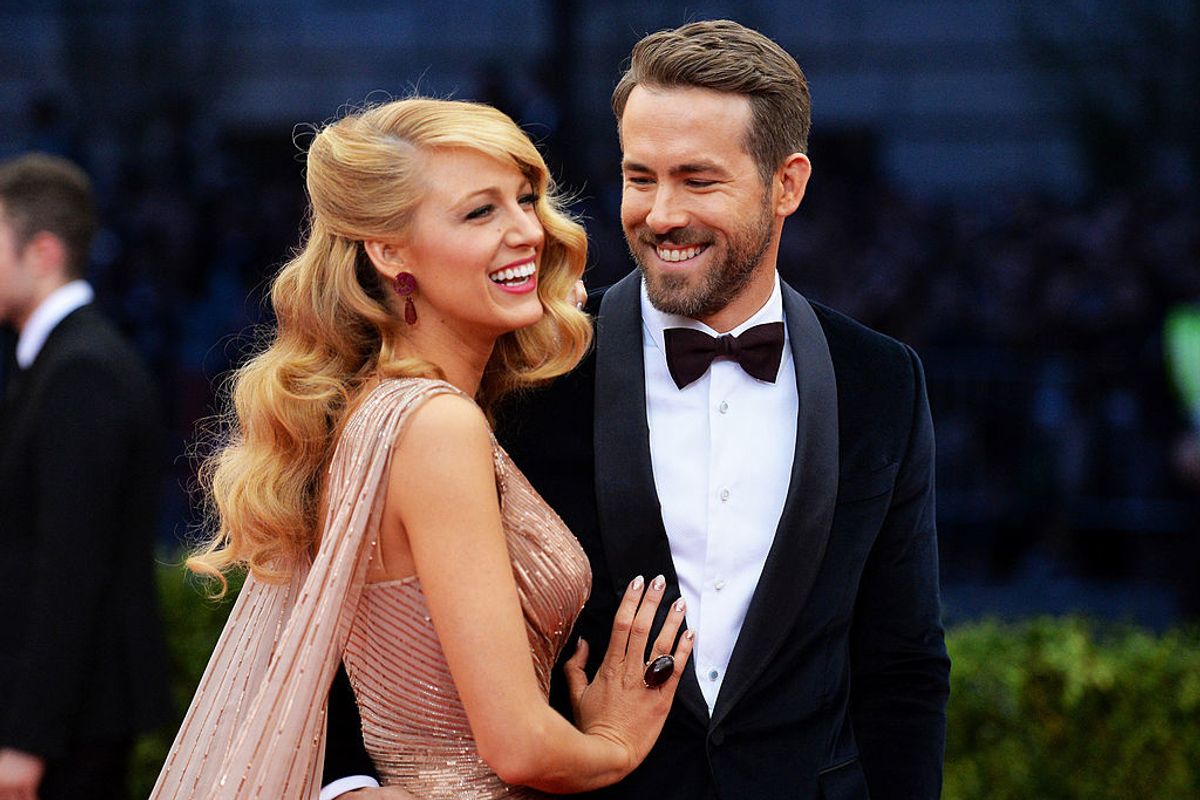 White people's problematic nostalgia for the Antebellum South has come under increased scrutiny over the past few months of Black Lives Matter protests across the country. Many celebrities and entertainers are doing some long-overdue introspection: country band Lady Antebellum controversially changed their name to Lady A, and the Dixie Chicks dropped the "Dixie."

Now Ryan Reynolds is apologizing for his and Blake Lively's notorious plantation wedding in 2012. The couple's nuptials were held at Boone Hall in South Carolina, and took inspiration from the gross Pinterest trend of getting married in grand old Southern mansions with literal slave quarters still in view. Nine of them, in Boone Hall's case. (Must have been fun for their Black guests... assuming they invited any?)

As part of his interview for Fast Company's "Most Creative People in Business" (he has a gin brand), Reynolds said he supports the Black Lives Matter movement and has deep regrets about the venue choice.

"It's something we'll always be deeply and unreservedly sorry for," he told the outlet. "It's impossible to reconcile. What we saw at the time was a wedding venue on Pinterest. What we saw after was a place built upon devastating tragedy. Years ago we got married again at home — but shame works in weird ways. A giant fucking mistake like that can either cause you to shut down or it can reframe things and move you into action. It doesn't mean you won't fuck up again. But repatterning and challenging lifelong social conditioning is a job that doesn't end."

People have been calling out Reynolds and Lively's wedding for years, also critiquing a fashion spread on Lively's now-defunct lifestyle blog Preserve called "Allure of Antebellum" that was published in 2014. So it's good to finally hear a firm apology.

It's worth noting that the couple also donated $200,000 to the NAACP Legal Defense Fund in May, and have both recently opened up on social media about their own complicity in white supremacy while advocating for police reform.